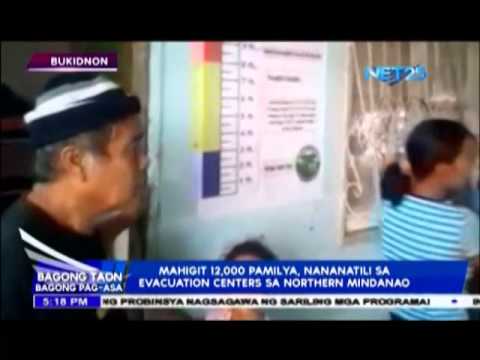 An estimated 12,000 families remain in evacuation centers in northern Mindanao due to “Seniang”. 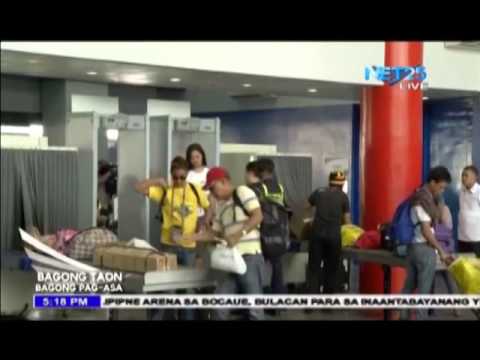 Due to the continued onslaught of storm “Seniang”, the Philippine Coast Guard temporarily banned sea voyages in Bacolod City. 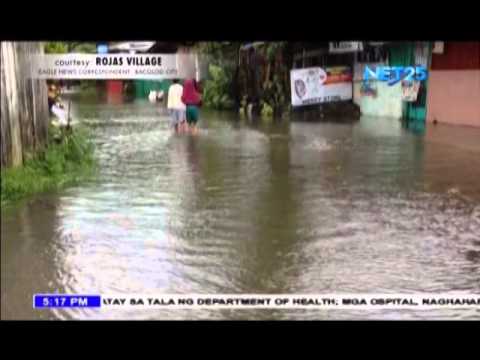 “Seniang” brought floods to a large part of Bacolod City, with floodwater entering many homes. 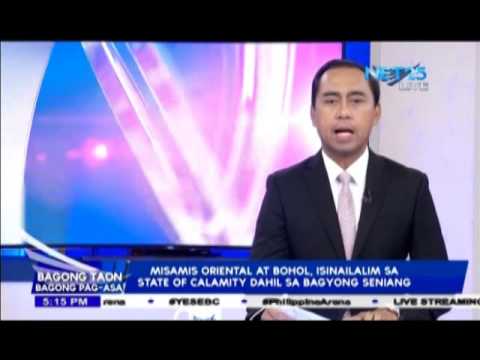 Misamis Oriental and Bohol under state of calamity

Due to the severe damages caused by the rampage of “Seniang” the provinces of Misamis Oriental and Bohol were declared under a state of calamity, with thousands of families displaced and living millions of pesos worth of damages in property. 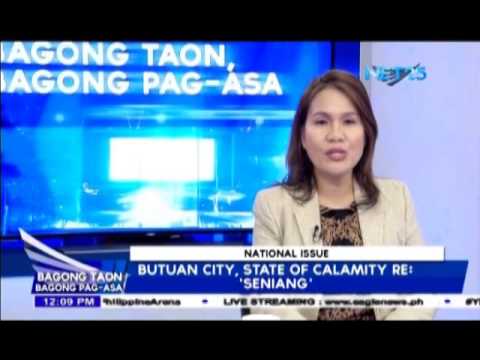 Butuan City under state of calamity

Continuous rain brought by “Seniang” resulted in floods and landslides in Butuan City, prompting the local government to place the entire city under a state of calamity. 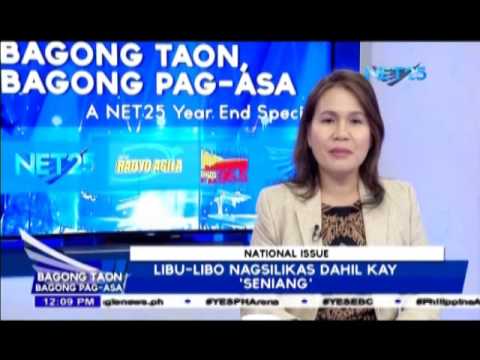 Misamis Oriental under state of calamity

With “Seniang” bringing floods affecting 2, 000 families in Misamis Oriental, said province is placed under a state of calamity. 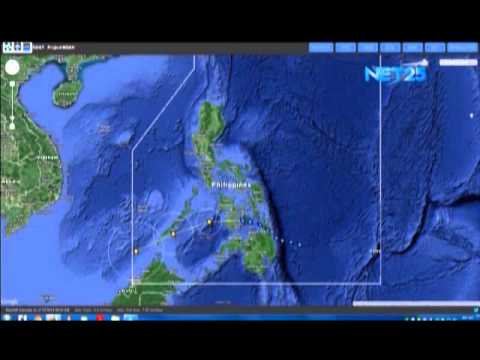 In its second landfall in Bohol, storm “Seniang” was able to gather strength with signal number two being declared in various locations in Visayas. 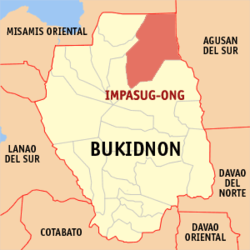 BINMALEY, Pangasinan – A 23-year old motorcycle rider was killed in a road accident when he hit a truck along Naguilian Road here in Pangasinan. Gelvin Ferrer was pronounced dead on arrival when he was brought to a nearby hospital. PO2 Jonathan Manuel, police investigator on the case said the accident happened 8:30 in the evening. Manuel said the victim apparently did not notice the parked truck, and hit it at the back resulting to his […]

—————————————————————–   Chief Sup. Edgar Basbas, Regional Director Of Police Regional Office-9 in Zamboanga peninsula has presided the “muzzle taping” of the private firearms of  police officers to make sure that these will not be used in welcoming the new year, 2015. Basbas had warned the police officers who were not present in the said activity that they should immediately connect to their mother unit to let their issued firearms  be sealed of  […]

As the New Year celebrations draw near, Camp General Simeon Ola in Bicol has intensified its campaign against illegal firecrackers in the region. Police senior inspector Malou Calubaquib, Information officer of the Philippine National Police (PNP) – Bicol, said the PNP firearms and explosive division in the region had not stopped conducting surprise inspections on firecrackers stores in all six provinces of Bicol region. Calubaquib said PNP Bicol had already seized and destroyed a number […] 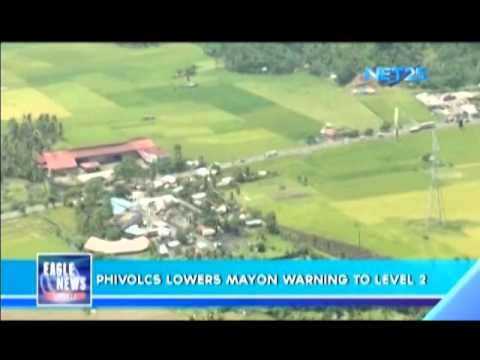 After more than three months, the Philippine Institute of Volcanology and Seismology (PHIVOLCS) lowered the Mayon Volcano’s alert level from three to two due to a general decline in the volcano’s overall activity.