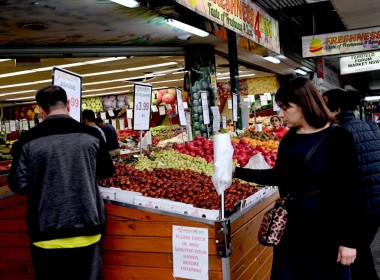 ULAANBAATAR, Mongolia (AFP) – At Ulaanbaatar’s Naiman Sharga money exchange market, elderly women stand in the street waving wads of money at passers-by, encouraging them to change foreign currency to Mongolian tugriks. Each transaction nets them a small profit — but when the value of the tugrik fluctuates it makes that more difficult, and lately the currency has taken a dive. This year the currency has fallen almost 15 percent against the US dollar — […] 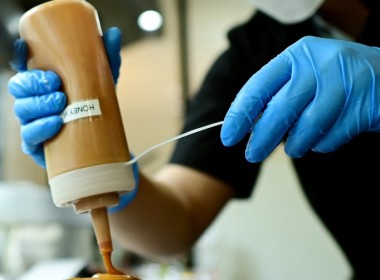 BANGKOK, Thailand (AFP) – There’s no crunch or crackle, but crickets are on the menu at one Bangkok pop-up serving fusion bug burgers, demonstrating the latest way to incorporate the protein-rich meat into food — direct from Thailand’s farms. Already catching headlines as a meat alternative, the edible insect market is expected to grow into a billion-dollar global industry in the coming years with many adopting creepy-crawlies into their diets as a result of climate […] 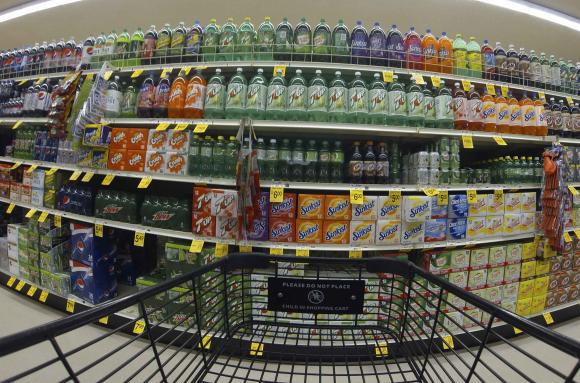 Sweeteners may be linked to heart disease risk, study suggests

PARIS, France (AFP ) – A large study suggested Thursday that artificial sweetener could be associated with a higher risk of heart disease, however experts urged caution about the findings. Sweeteners are consumed by millions every day in products like diet soda, partly as a way to avoid weight gain from sugar — but the healthiness of these substitutes has long been a matter of controversy. Aiming to assess the heart disease risk of sweeteners, […] 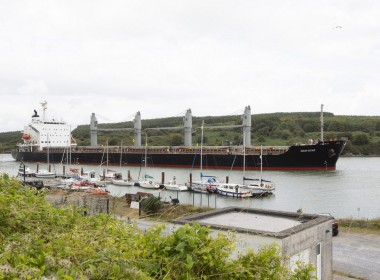 WASHINGTON, United States (AFP) — Ukraine is on course to ship nearly as much grain this month as it did before the Russian invasion, in a triumph for international efforts to ease food shortages, a US official said Tuesday. Ukraine is one of the world’s largest exporters of wheat, corn, barley and sunflower oil, shipping around five million metric tons of grain each month before the war. Its exports ground to a trickle after the […]

London, United Kingdom (AFP) – More than £60 million ($72 million) worth of food went to waste in Britain in the first half of the year for want of people to pick it, the National Farmers’ Union said Monday. “It’s nothing short of a travesty that quality, nutritious food is being wasted at a time when families across the country are already struggling to make ends meet because of soaring living costs,” said NFU deputy […] 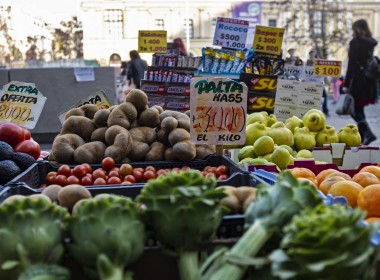 WASHINGTON, United States (AFP) – Eating fruits and vegetables is better for the planet than eating meat and cheese, but a new study by scientists released Monday showed chips and sugary drinks also have a very low environmental impact. Scientists analyzed some 57,000 products sold in supermarkets in Britain and Ireland, in a large study published by the scientific journal PNAS. The researchers, who hope that their study may allow consumers to shop more sustainably […] 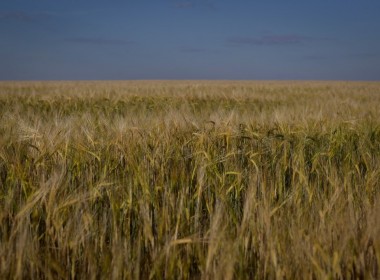 PARIS, France (AFP) — World food prices fell sharply in July, partly thanks to a deal between Ukraine and Russia lifting a sea blockade that had stopped Ukrainian grain shipments, a UN agency said Friday. Food prices soared to a record high in March after Russia invaded Ukraine, raising fears that the conflict between two of the world’s breadbaskets would spark hunger in countries relying on their exports. While prices remain high, they have […] 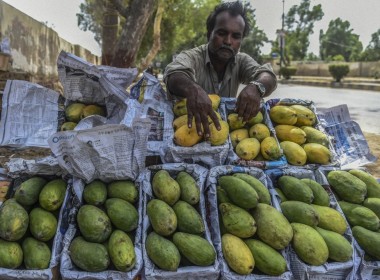 by Ashraf Khan Agence France-Presse MIRPUR KHAS, Pakistan (AFP) — Mango farmers in Pakistan say production of the prized fruit has fallen by up to 40 percent in some areas because of high temperatures and water shortages in a country identified as one of the most vulnerable to climate change. The arrival of mango season in Pakistan is eagerly anticipated, with around two dozen varieties arriving through the hot, humid summers. This year, however, temperatures […] 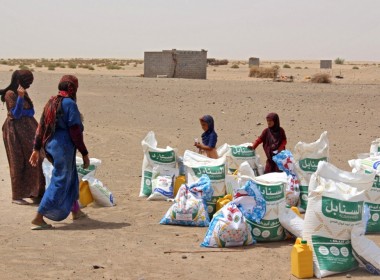 by Christophe Vogt  Agence France-Presse GENEVA, Switzerland (AFP) — Russia’s war in Ukraine has pushed global displacement numbers above 100 million for the first time, and the UN warns the resulting hunger crisis could force many more to flee their homes. Efforts to address the global food insecurity crisis, which has been dramatically aggravated by Russia’s invasion of Ukraine, is “of paramount importance… to prevent a larger number of people moving,” the United Nations refugee […] 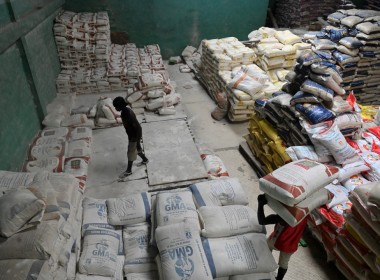 by Sofia BOUDERBALA Agence France Presse Wheat prices surged to a new record high in European trading on Monday after India decided to ban exports of the commodity as a heatwave hit production. The price jumped to 435 euros ($453) per tonne as the Euronext market opened, up from the previous record of 422 euros reached on Friday. Global wheat prices have soared on supply fears since Russia’s February invasion of agricultural powerhouse Ukraine, […] 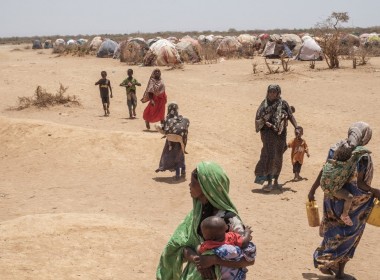 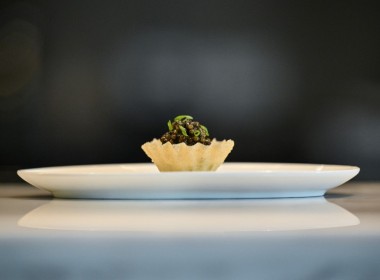 by Pathom Sangwongwanich © Agence France-Presse BANGKOK, Thailand (AFP) — At his upmarket Bangkok restaurant, Michelin-starred chef Thitid “Ton” Tassanakajohn spoons black caviar onto a plate, adding the newly affordable Thailand-made delicacy to his reinterpreted traditional family recipes. The luxury food, better associated with chilly northern nations, is breaking into the Southeast Asian country’s fine-dining scene, with the 37-year-old celebrity cook able to economically serve the roe thanks to an innovative farm outside the […]