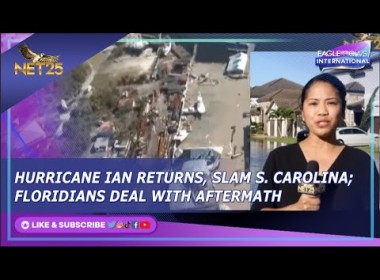 Paris, France | AFP | by Kelly MACNAMARA Climate change increased the rainfall from Hurricane Ian by more than 10 percent, according to a new quick-fire analysis, as one of the most powerful storms ever to hit the United States devastated parts of Florida. Ian “could be the deadliest hurricane in Florida history”, President Joe Biden said after the storm brought ferocious winds, turned streets into churning rivers that swept away homes and left an […] 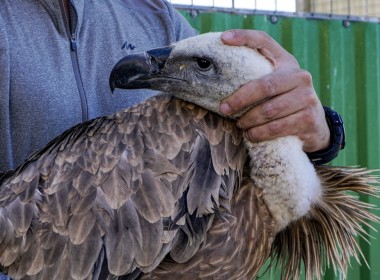 KORFI, Cyprus (AFP) – With a wingspan as wide as a basketball hoop is tall, it took just a few flaps for the vulture to soar to freedom towards the glittering seas off Cyprus. Griffon vultures, birds that perform the vital job of clearing carcasses that could otherwise spread disease, are on the “brink of extinction” on the Mediterranean island due to poisoning, experts warn. But 15 have been returned to the wild in recent […]

by Christophe VOGT / Elodie LE MAOU Agence France Presse Geneva, Switzerland (AFP) — Switzerland’s glaciers lost six percent of their total volume this year due to a dry winter and repeated summer heatwaves, shattering previous ice melt records, a report revealed Wednesday. The study by the Cryospheric Commission (CC) of the Swiss Academy of Sciences laid bare the drastic scale of glacial retreat — which is only set to get worse. “2022 was a […] 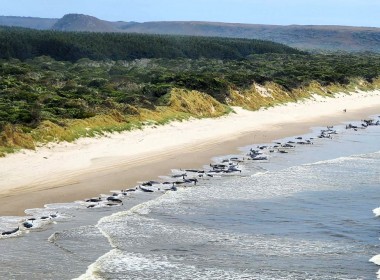 by Andrew LEESON Agence France Presse OCEAN BEACH, Australia (AFP) — Almost 200 whales have perished at an exposed, surf-swept beach on the rugged west coast of Tasmania, where Australian rescuers were only able to save a few dozen survivors Thursday. After an arduous, day-long effort in difficult conditions, state wildlife services said just 32 of the 226 beached long-finned pilot whales were strong enough to be rescued. “We’ve been refloating those whales that have […] 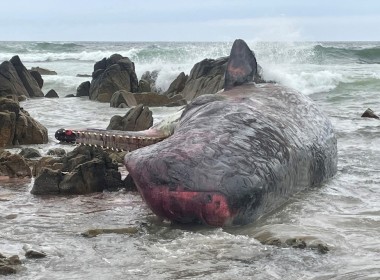 230 pilot whales stranded in Australia, ‘about half’ feared dead

SYDNEY, Australia (AFP) — Around 230 pilot whales were found stranded on the rugged west coast of Tasmania Wednesday, with Australian officials saying only half appeared to be alive. “A pod of approximately 230 whales has stranded near Macquarie Harbour,” said the state’s Department of Natural Resources and Environment. “It appears about half of the animals are alive.” Aerial images showed a devastating scene of dozens of black glossy mammals strewn along a stretch […] 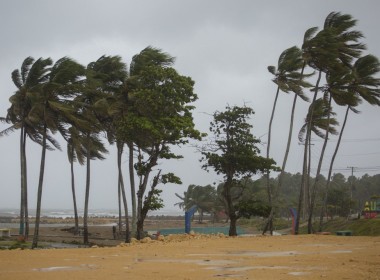 by Erika Santelices Agence France-Presse NAGUA, Dominican Republic (AFP) — Hurricane Fiona dumped torrential rain on the Dominican Republic and left one person there dead on Monday after triggering major flooding in Puerto Rico and widespread power blackouts across both Caribbean islands. The storm strengthened to a Category Two hurricane late Monday, said the US National Hurricane Center (NHC), which forecast continuing rains and possible new catastrophic floods during the night in both Puerto Rico […] 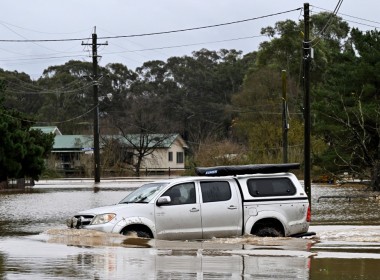 SYDNEY, Australia (AFP) – Flood-battered eastern Australia faces further extreme weather in the coming months after the country’s forecasters confirmed Tuesday that a “triple-dip” La Niña was under way in the Pacific. The Bureau of Meteorology said La Niña, which brings intense downpours to Australia’s heavily populated east coast, would probably peak in spring with above-average rainfall expected to last through the southern hemisphere’s summer. The country’s east is still recovering from intense storms and […] 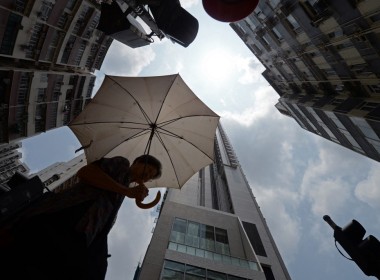 HONG KONG, China (AFP) — Hong Kong has broken two heat records for September in a little over a week, the city’s weather observatory said Tuesday, as the crowded financial hub swelters through one of its hottest summers. The Hong Kong Observatory said a temperature of 35.4 degrees Celsius (95.7 Fahrenheit) was recorded on Tuesday afternoon, “once again breaking the record for highest temperature in September” since the city started keeping records in 1884. The […] 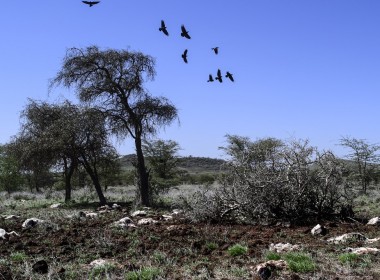 CAIRO, Egypt (AFP) — The leaders of two dozen African countries Friday urged wealthier nations to uphold their aid pledges so the continent can tackle climate change impacts for which it shares little blame. They made the call after African leaders on Monday lashed out at industrialised nations for failing to show up to a summit in the Netherlands on helping African nations adapt to these changes. We urge “developed countries to fulfil their […] 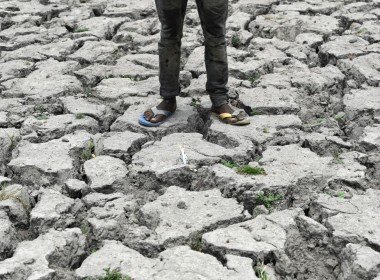 PARIS, France (AFP) — Blistering crop-withering temperatures that also risk the health of agricultural workers could threaten swathes of global food production by 2045 as the world warms, an industry analysis warned Thursday. Climate change is already stoking heatwaves and other extreme weather events across the world, with hot spells from India to Europe this year expected to hit crop yields. Temperature spikes are causing mounting concern for health, particularly for those working outside in […] 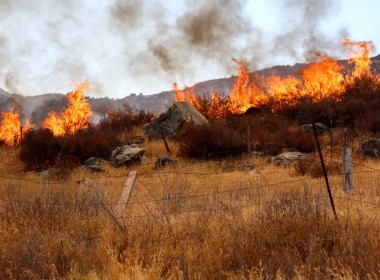 by Huw GRIFFITH Agence France-Presse LOS ANGELES, United States (AFP) — At least two people are dead and thousands have been ordered to flee a rapidly spreading fire in California, with the region’s oppressive heatwave expected to peak Tuesday. Several buildings were destroyed as the Fairview fire erupted southeast of Los Angeles, racing to consume 2,400 acres (1,000 hectares) in less than 24 hours. Firefighters said two people were known to have died in the […] 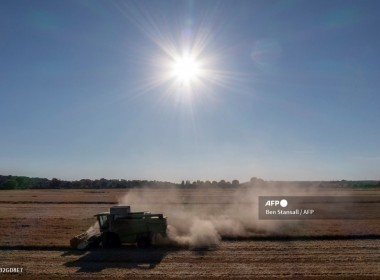 LONDON, United Kingdom (AFP) – England had its joint hottest summer on record this year, tied with 2018, the country’s meteorological agency said Thursday as it unveiled provisional mean temperature statistics for the three-month period. The announcement comes with most of England and Wales gripped by drought after exceptionally high temperatures and several heatwaves alongside minimal rainfall, mirroring conditions seen across northwest Europe. England also smashed its all-time temperature record in July, when the mercury […]