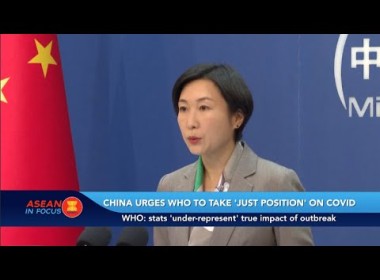 Beijing, China (AFP) by Jing Xuan TENG China on Thursday insisted it had been transparent with the international community about its Covid data, as it hit back against World Health Organization criticism that its tally of virus deaths was understating the true scale of its outbreak. There is mounting international concern over China’s steep rise in Covid infections since Beijing abruptly lifted years of hardline restrictions last month, with hospitals and crematoriums quickly overwhelmed. […] 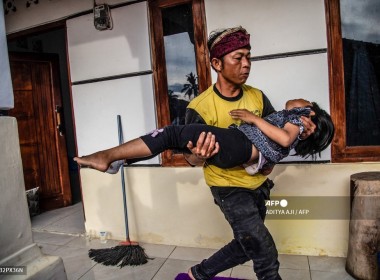 Cianjur, Indonesia | AFP | by Dessy Sagita with Jack Moore in Jakarta A shallow 5.6-magnitude earthquake killed at least 162 people, with hundreds injured and others missing, when it toppled buildings and triggered landslides on Indonesia’s main island of Java on Monday, officials said. Doctors treated patients outdoors after the quake, which was felt as far away as the capital Jakarta, left hospitals in the West Java town of Cianjur without power for several […] 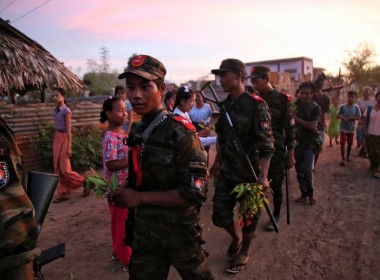 SAGAING, Myanmar (AFP) — Anti-coup fighters in Myanmar patrol the smoldering ruins of a burned village after what they say was a reprisal attack by junta troops struggling to crush resistance to last year’s military coup. Corrugated roofs, support beams and cooking utensils are all that remain amid the ash in the village in northwestern Sagaing — an area which has seen some of the fiercest fighting against the military’s power grab. Rare footage obtained […] 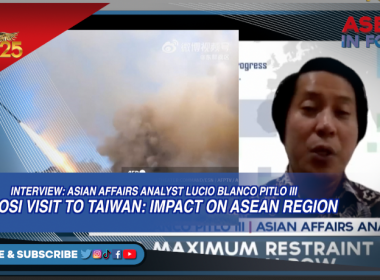 Foreign policy & security analyst Lucio Blanco Pitlo weighs in on the recent visit of US Congresswoman Nancy Pelosi to Taiwan and its impact on ASEAN, specifically the Philippines.   Factors like the Philippines’ proximity to Taiwan, our large OFW population, our trade & investment relations with China, our mutual defense agreements with the US entangle us in this potential diplomatic & geopolitical powderkeg. 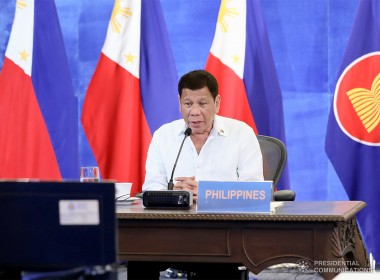 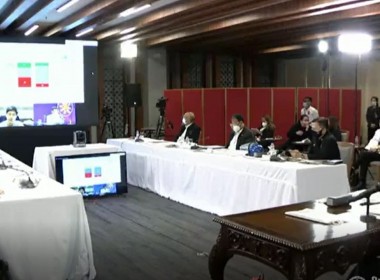 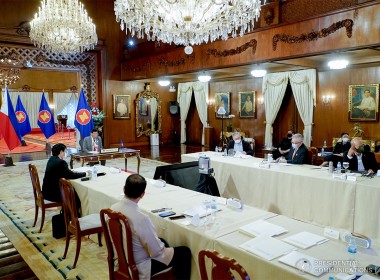 (Eagle News) — President Rodrigo Duterte urged member states of the Association of Southeast Asian Nations (ASEAN) to help Myanmar in resolving its domestic issues, and expressed the country’s commitment to accept refugees from Myanmar. The 76-year old Philippine leader, participated in his last ASEAN Summit, and said that the ASEAN should collectively address the Myanmar issue “as a responsible community”. “The lack of progress in Myanmar has put ASEAN’s credibility into question. How […] 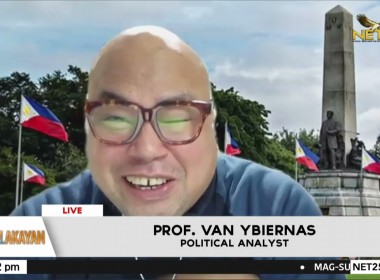 (Eagle News) — From the “surprise” candidacy of senator Ronald “Bato” dela Rosa to the possible repercussions of Vice-President Leni Robredo’s decision to change her campaign color from “yellow” to pink and to run as an independent bet while being the Liberal party chairman, political analyst Prof. Van Ybiernas gives his views in this interview of “Balitalakayan.” “Balitalakayan” is a NET25-Radyo Agila program of Eagle Broadcasting Corporation anchored by veteran broadcast journalist Rowena dela […] 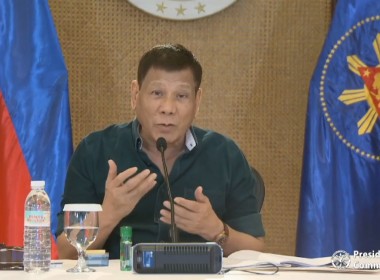 Pres. Duterte hopes “new set of leaders” to succeed him will continue his reforms, programs

Talks for the first time about his retirement, makes no mention of daughter Davao City Mayor Sara   (Eagle News) – President Rodrigo Duterte said that he is hoping that the “new set of leaders” who would succeed his administration would continue his reforms and projects. During his “Talk to the People” on Monday, Oct. 4, Duterte talked for the first time about his decision to retire from politics next year. “Last Saturday, respecting the […] 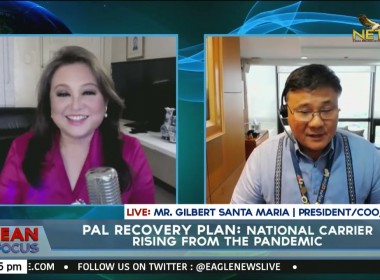 PAL recovery plan: A national carrier rising from the pandemic

President/COO of Philippine Airlines Gilbert Santa Maria discusses the backgound and prospects of PAL’s recovery plan as the airline navigates through the aviation business during a pandemic. 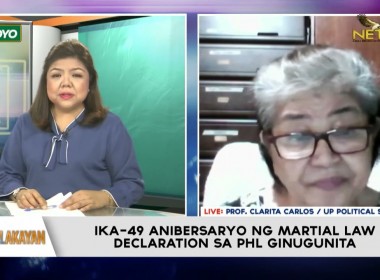 Balitalakayan interviews political analyst UP Prof. Clarita Carlos on Sept. 21, 2021, on the Marcos martial law years, and the need to study and analyze the martial law regime of former President Ferdinand Marcos by experts, with objectivity and without political color or bias. 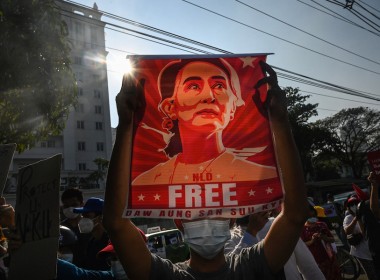 YANGON, Myanmar (AFP) — Myanmar’s junta has put ousted leader Aung San Suu Kyi on trial for incitement, her lawyer said Tuesday, the latest in a list of charges that could see her jailed for decades. Suu Kyi and her National League for Democracy were deposed by the military in a February coup that sparked a mass uprising and a brutal junta crackdown on dissent. The Nobel laureate, 76, has been under house arrest […]