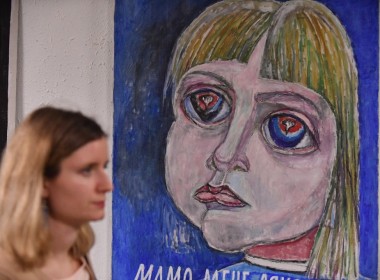 Protest artist calls for peace amid Russia’s assault on Ukraine

SAINT PETERSBURG, Russia (AFP) — An exhibition of anti-war drawings was unveiled in Russia on Tuesday despite government efforts to snuff out any criticism of President Vladimir Putin’s assault on Ukraine. Elena Osipova, a 77-year-old protest artist from Russia’s second city Saint Petersburg, presented 15 of her drawings created between 2014 and 2022. One work shows the face of a little girl with big eyes. “Mom, I am afraid of the war,” read the words […] 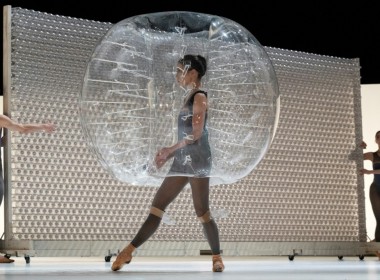 by Katie Forster Agence France Presse Yokohama, Japan (AFP) — The dancers’ futuristic headgear glints under the lights at a top ballet show, but just two months ago their plastic costumes were sticky bottles tossed into a Tokyo recycling bin. Tutus made from used bubble wrap, four huge recycled bottle walls and 100 transparent umbrellas left behind in the Japanese capital all feature in the performance, which drew a full house to its first short […] 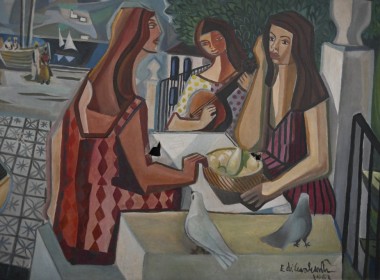 by Louis GENOT Agence France-Presse BRASÍLIA, Brazil (AFP) — Slashed canvas on a modern masterpiece, graffiti spray-painted on statues, a smashed Louis XIV clock: the horde of supporters of far-right former president Jair Bolsonaro who invaded Brasilia’s hubs of power at the weekend ransacked everything in their path, including priceless works of art. The three vandalized buildings — the presidential palace known as the Planalto, the Supreme Court and Congress — are themselves treasures of […] 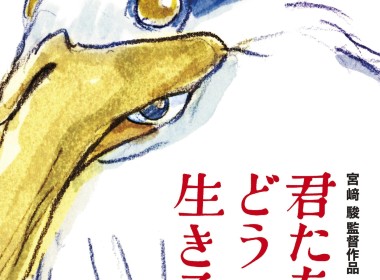 Tokyo, Japan (AFP) — Oscar-winning Japanese animator Hayao Miyazaki’s first feature film in a decade will be released in July next year, its distribution company has said. The 81-year-old Miyazaki, who co-founded celebrated anime house Studio Ghibli, came out of retirement to make the movie, titled “How Do You Live?” It has been in production for years with details kept tightly under wraps, and will now be released in Japan on July 14, according to […] 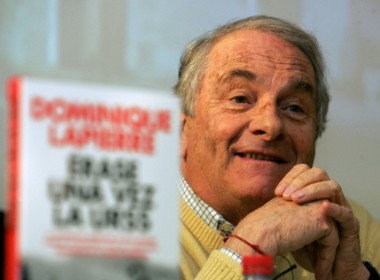 MARSEILLE, France (AFP) – Dominique Lapierre, a French author with a passion for India and whose novels sold tens of millions of copies, has died, his wife announced. “At 91, he died of old age,” Dominique Conchon-Lapierre told the French newspaper Var-Matin on Sunday. She added that she is “at peace and serene since Dominique is no longer suffering”. Born on July 30, 1931 in Chatelaillon, Lapierre has sold about 50 million copies of the six […] 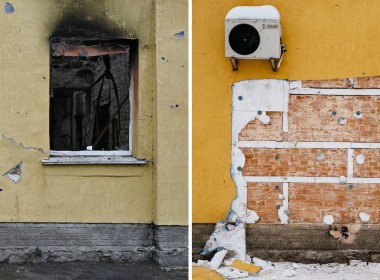 Kyiv, Ukraine (AFP) Ukraine has detained eight people over the theft from a wall in the Kyiv suburbs of a mural painted by elusive British street artist Banksy, the authorities said. The stencil image of a person in a nightgown and gas mask holding a fire extinguisher next to the charred remains of a window in the town of Gostomel went missing on Friday, they said. “A group of people tried to steal a Banksy […] 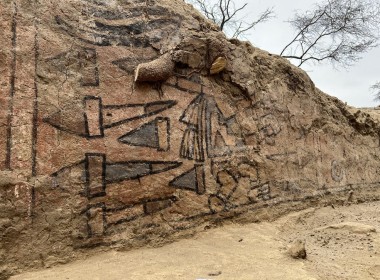 LIMA, Peru (AFP) – Archeologists have rediscovered a pre-Hispanic fresco depicting mythological scenes in northern Peru that they had only seen in black and white photographs that were more than a century old. “It’s an exceptional discovery, first of all, because it is rare to unearth wall paintings of such quality in pre-Columbian archeology,” said Sam Ghavami, the Swiss archeologist who led excavations that uncovered the mural in October. Ghavami spent four years looking for the rock […] 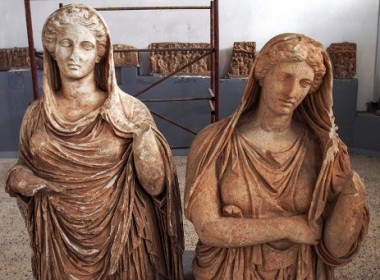 by Alexandra DEL PERAL / Sandra BIFFOT-LACUT Agence France Presse Paris, France (AFP) — It was a relatively promising start for gender equality when London’s Royal Academy of Arts was set up in 1768, with two women artists included among its 40 founding members. But that was a false dawn — it would not be until the 1930s that another woman was elected a full member of the Academy. While a few big names — […] 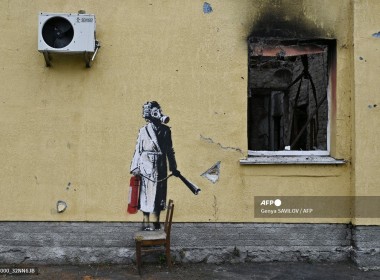 Borodyanka, Ukraine (AFP) Banksy, the elusive British street artist, has painted a mural on a bombed-out building outside Ukraine’s capital, in what Ukrainians have hailed as a symbol of their country’s invincibility. On Friday night the world-famous graffiti artist posted on Instagram three images of the artwork — a gymnast performing a handstand amid the ruins of a demolished building in the town of Borodyanka northwest of the Ukrainian capital Kyiv. The caption read “Borodyanka, Ukraine”. […] 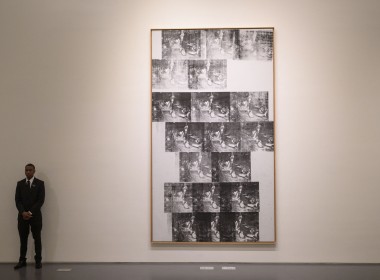 New York, United States (AFP)   Andy Warhol’s iconic 1960s painting “White Disaster” sold for $85 million at auction Wednesday evening at Sotheby’s in New York. The 1963 piece of art was sold after two minutes and a brief duel between two bidders, for a total of $74 million, or $85.4 million with all related costs and fees. The last time a piece of art from Warhol’s “Death and Disaster” series was sold in 2013, […]

Chagall painting stolen by Nazis sells for $7.4 mn at US auction

New York, United States | AFP | A painting by Marc Chagall, which was among 15 works stolen by Nazis and eventually returned by France to the heirs of the affected families, sold for $7.4 million at auction in New York Tuesday. The sale at the Phillips auction house was part of the fall auction season, which sees major industry players sell hundreds of works of art for several billion dollars in a few […] 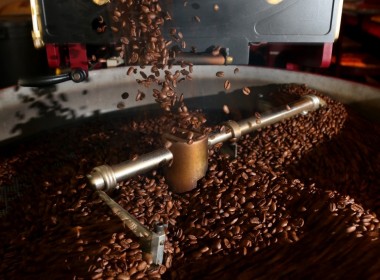 DOHA, Qatar (AFP) – Home to gleaming skyscrapers and upmarket shopping malls, World Cup host Qatar is also a conservative Muslim country deeply attached to its customs and traditions. Here are some of the cultural conventions football fans should know when visiting the gas-rich Gulf emirate, which, like other Arab nations, prides itself on its hospitality. – Greetings and handshakes – In public places, it is customary to stand up when greeting others, particularly the elderly, […]