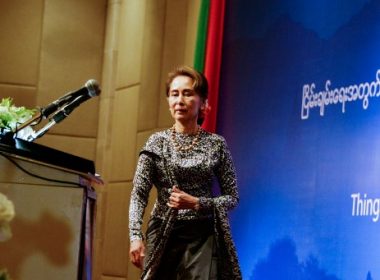 Suu Kyi tries to save face with Myanmar reporters’ release

by Richard SARGENT Agence France Presse YANGON, Myanmar (AFP) — After relentless diplomatic pressure and global outrage, fallen democracy icon Aung San Suu Kyi finally decided that a pardon for two Myanmar journalists jailed for reporting on a Rohingya massacre was the only way to resolve an issue that has dogged her government for nearly 18 months. Observers say the unexpected release of the two Reuters reporters was a political decision timed to save […] 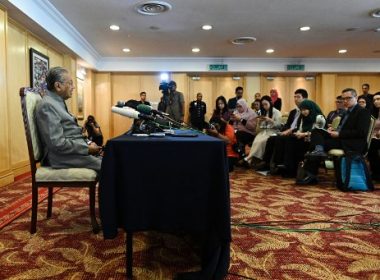 PUTRAJAYA, Malaysia (AFP) — Malaysia’s government faced criticism Thursday for failing to repeal repressive laws and backtracking on promises to improve human rights a year after sweeping to power with a reformist agenda. A ramshackle coalition headed by veteran politician Mahathir Mohamad stormed to a shock election victory on May 9 last year, toppling a corruption-plagued regime that had led the country since independence from Britain in 1957. The Pact of Hope alliance had […] 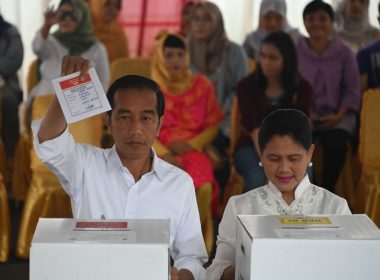 by Kiki Siregar Agence France Presse JAKARTA, Indonesia (AFP) — Indonesia’s Joko Widodo was on track to be re-elected leader of the world’s third-biggest democracy with pollsters giving him a wide lead over rival Prabowo Subianto, a firebrand ex-general, hours after voting closed Wednesday across the 17,000-island archipelago. While official results are not due until next month, a series of so-called “quick counts” by pollsters showed Widodo holding a strong lead with around 55 […] 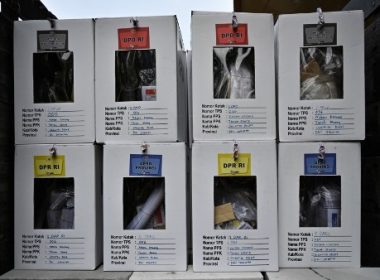 JAKARTA, Indonesia (AFP) — Indonesia kicked off one of the world’s biggest one-day elections Wednesday, pitting president Joko Widodo against ex-general Prabowo Subianto in a race to lead the Muslim-majority nation. More than 190 million Indonesians are set to cast a ballot as polls opened shortly after 7:00 am local time (2200 GMT Tuesday) in restive Papua. The vote is slated to end at 1:00 pm (0600 GMT) in Sumatra at the other end […] 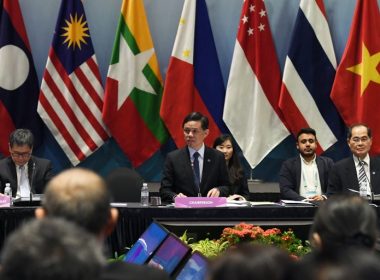 WASHINGTON, United States (AFP) — Singapore’s trade minister said Wednesday he was hopeful that an Asia-wide trade pact, which is backed by China and excludes the United States, could be sealed by the end of the year. On a visit to Washington, Trade and Industry Minister Chan Chun Sing said that a clearer picture would emerge on the Regional Comprehensive Economic Partnership (RCEP) in May after elections in four countries that are part of […] 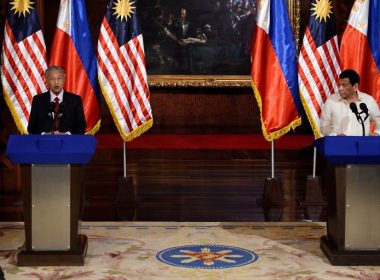 (Eagle News) — Both Malaysian Prime Minister Mahathir Mohamad and President Duterte, the two oldest heads of state in Asia, called for maintaining freedom of navigation in the disputed South China Sea, as well as the peaceful settlement of disputes in the region. During their joint statement Thursday, March 7, after their closed door bilateral meeting, President Duterte said he and Mahathir agreed on the importance of “freedom of navigation and overflight” in the […] 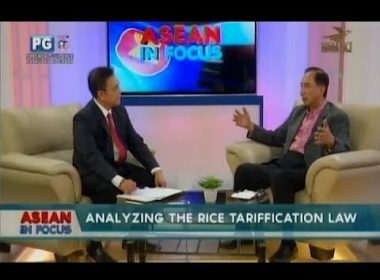 (Eagle News) — What are the implications of the Rice Tariffication Act which was recently signed into law by President Rodrigo Duterte? Will it address the so-called rice crisis in the country? In this epsiode of ASEAN in Focus Weekend Edition, former Director General of the International Crops Research Institute for the Semi-Arid Tropics (ICRISAT) and former agriculture secretary, Dr. William Dar, analyzes the issue. Dar explains how the lifting of the quantitative restrictions […] 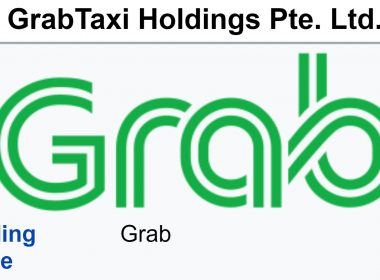 SINGAPORE (AFP) — Southeast Asian ride-hailing firm Grab said on Wednesday it has secured $1.5 billion in fresh financing from a fund run by Japan’s SoftBank and will use a significant portion of it to expand in Indonesia. Grab has seen its business grow rapidly since it bought US-based rival Uber’s regional ride-hailing and food business in March last year. Uber received a 27.5 percent stake in Grab in return. The fresh investment from the […] 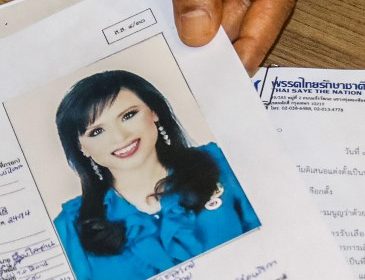 BANGKOK, Thailand (AFP) — A new Thai political party vowed Saturday to obey a command from the king blocking the candidacy of a princess for prime minister in a dramatic reversal that appeared to boost the junta’s chances ahead of March elections. The announcement effectively blocks Princess Ubolratana’s unprecedented bid for the premiership and comes after an extraordinary rebuke of the candidacy by her younger brother, King Maha Vajiralongkorn. The Thai Raksa Chart party, […] 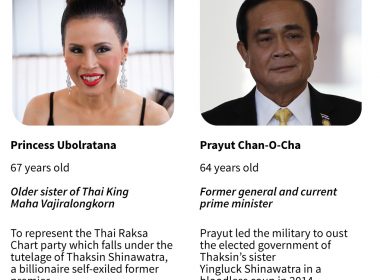 by Aidan JONES / Sippachai KUNNUWONG Agence France Presse BANGKOK, Thailand (AFP) — A Thai princess will run for prime minister in March elections in an unprecedented entry by a royal into frontline politics, pitting her against the chief of the ruling junta and redrawing the nation’s political landscape. Princess Ubolratana, 67, the older sister of Thai King Maha Vajiralongkorn, was announced as a candidate for the Thai Raksa Chart party steered by […] 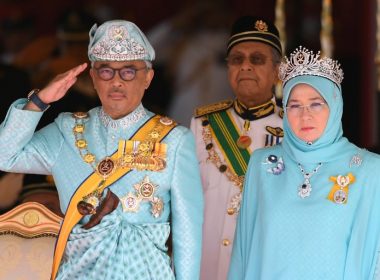 KUALA LUMPUR, Malaysia (AFP) — Malaysia on Thursday installed a new king, Sultan Abdullah Sultan Ahmad Shah, after the last monarch abdicated in a historic first following his reported marriage to a Russian ex-beauty queen. In a ceremony steeped in pomp and centuries of tradition, the sports-loving sultan, dressed in aqua blue formal wear, took the oath of office at the national palace in Kuala Lumpur. The ceremony was televised nationally and attended by Prime […] 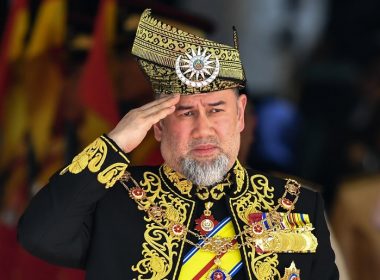 KUALA LUMPUR, Malaysia (AFP) — Malaysia’s royals prepared Monday to pick a new king to replace Sultan Muhammad V, who abdicated in a historic first after reportedly marrying a Russian former beauty queen, holding a special gathering at the national palace. The king stepped aside Sunday following intense speculation about his future after reports surfaced in recent weeks that he had taken medical leave, and then wed the former Miss Moscow. As the country […]