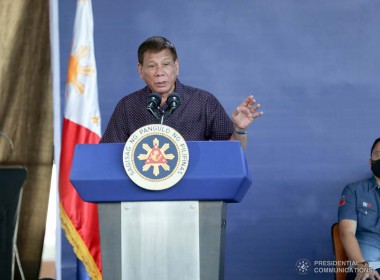 Pres. Duterte says next PHL president should also be “forceful” in stopping corruption in gov’t

(Eagle News) — President Rodrigo Duterte said he wants the next president of the country to be as firm as he is in stopping corruption in government. Duterte said this during Thursday’s (Jan. 14) inauguration of the Metro Manila Skyway Stage 3 project which he said would hopefully ease the “horrendous traffic congestion” in the Philippine capital. The 75-year old Philippine leader said that he wanted to leave a legacy of infrastructure projects that would […] 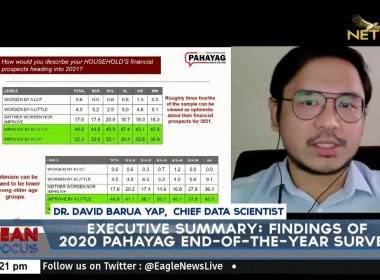 (Eagle News) – Majority of Filipinos are still “optimistic” about the coming year, with optimism ranking higher among those aged 18 to 49, according to the PAHAYAG End-Of-the-Year survey done by Publicus Asia, Inc., a relational business and political management firm based in the Philippines. In its poll done from Dec. 3 to 9, 2020 through nationwide purposive sampling comprising of 1,500 respondents, about 75 percent or three-fourths of those surveyed said that they […] 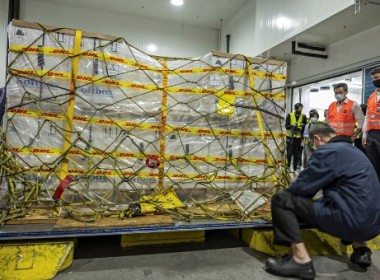 SINGAPORE (AFP) — Singapore received Asia’s first delivery of the Pfizer-BioNTech coronavirus vaccine on Monday, capping what the city-state’s premier said had been a “long and arduous” year spent fighting the pandemic. The trade and finance hub last week joined a handful of other countries around the world, including Britain and the United States, which have approved the jab. It plans to innoculate its 5.7 million people by the third quarter of 2021, with […] 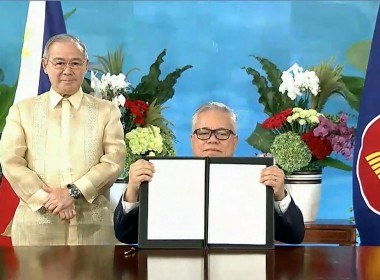 What is the RCEP trade deal?

HANOI, Vietnam (AFP) — Backed by China, the sprawling Regional Comprehensive Economic Partnership (RCEP) is seen as a coup for Beijing in extending its influence across the region and marks its dominance in Asian trade. After eight years of wrangling over the details, the trade pact — the world’s largest in terms of GDP, say analysts — was signed on Sunday. – What is RCEP? – Launched in 2012, RCEP is a trade pact […] 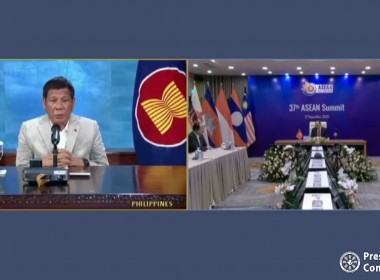 Tells ASEAN leaders how PHL is affected by successive desvastating typhoons   (Eagle News) – President Rodrigo Duterte called on leaders of the Association of Southeast Asian Nations to make a collective action to further press developed countries to mitigate carbon emissions to better address the effects of climate change. In attending briefly thru online means the 37th ASEAN Summit happening in Vietnam, the Philippine leader also asked to be excused from attending further the […]

by Su Myat MON Agence France Presse YANGON, Myanmar (AFP) — For many marginalised ethnic minority groups in conflict-plagued regions of Myanmar, next month’s national elections had at least offered a glimmer of hope for empowerment. But a decision to exclude swathes of their homelands from the vote — ostensibly over security concerns — has instead filled them with anger and despair, with nearly two million people now disenfranchised. Aung San Suu Kyi’s ruling […]

BANGKOK, Thailand (AFP) — Thailand’s monarchy is protected by one of the world’s toughest defamation laws, making any criticism of the powerful King Maha Vajiralongkorn very risky inside the country. After police arrested a number of prominent political activists Thursday, a government spokesman said charges will be pressed against those who obstructed a royal motorcade a day earlier and anyone who had acted “in a way that defames the monarchy”. – What is the section […]

SINGAPORE (AFP) — Singapore’s leader criticized “malicious and baseless” claims in an article linking him to a corruption scandal, as he testified on Tuesday at the start of his defamation suit against a blogger. Prime Minister Lee Hsien Loong is suing Leong Sze Hian after the blogger shared an article on Facebook linking the premier to the money-laundering scandal at state fund 1MDB in neighbouring Malaysia. Leaders in the tightly controlled city-state have frequently […]

(Eagle News) – President Rodrigo Duterte told the United Nations General Assembly that the Philippine government is standing firm in its “commitment in the South China Sea” including the 2016 Arbitral Award which invalidated the “nine-dash line” claim of China on the South China Sea. Speaking during the High-Level General Debate of the 75th Session of the United Nations General Assembly (UNGA), President Duterte said that the Philippines is standing firm on its claim […] 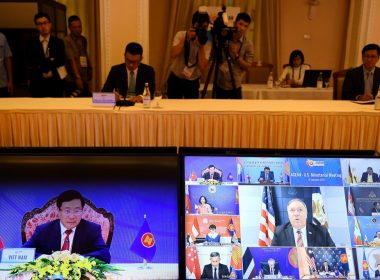 HANOI, Vietnam (AFP) — Washington’s top diplomat urged Southeast Asia on Thursday to cut ties with Chinese companies helping build islands in the South China Sea, weeks after the US blacklisted two dozen firms working in the disputed waters. Secretary of State Mike Pompeo’s comments came at a regional Asian summit overshadowed by the US-China rivalry over a range of issues, from trade to the coronavirus. Tensions are also simmering over the South China […] 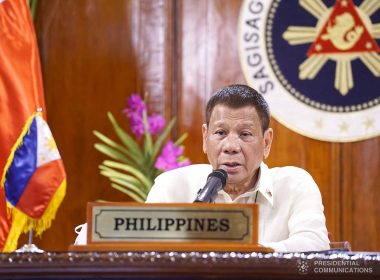 (Eagle News) — President Rodrigo Roa Duterte called on various economies to address the twin threats of COVID-19 and terrorism amid the virus pandemic by becoming more open economically with the proper observance of health protocols, and to engage in stronger cooperation among nations. In his statement during the Aqaba Process Virtual Meeting on COVID-19 response hosted by Jordanian King Abdullah II, President Duterte called for global unity to address terrorism and COVID-19 not by […]

(Eagle News) – President Rodrigo Duterte lauded the men in uniform fighting terrorism in the country as he honored the soldiers who were killed in the Aug. 24 terrorist bombing in Jolo, Sulu. In his talk to the troops in Kuta Heneral Teodulfo Bautista Headquarters in Jolo, Sulu, President Duterte also vowed to give all the support needed by the soldiers to fight terrorism amid the COVID-19 pandemic. “To our troops, I stand in solidarity […]