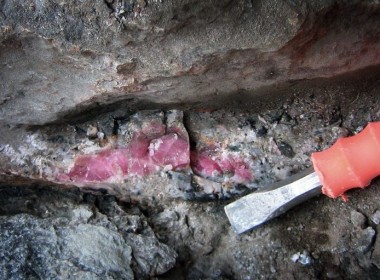 COPENHAGEN, Denmark (AFP) – Greenland’s parliament voted Tuesday to ban uranium mining and exploration in the vast Danish territory, following through on a campaign promise from the ruling left-wing party which was elected earlier this year. The Inuit Ataqatigiit (IA) party won snap elections in April that were originally triggered by divisions over a controversial uranium and rare earth mining project. The IA won 12 seats in the 31-seat Greenlandic national assembly, beating its rival Siumut, […] 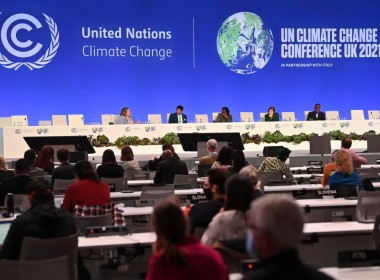 by Kelly MACNAMARA / Marlowe HOOD / Patrick GALEY Agence France-Presse GLASGOW, United Kingdom (AFP) – A flurry of emissions pledges around the COP26 climate summit will likely do little to slow global warming, the UN said Tuesday, calling on nations to sharply accelerate their greenhouse gas cuts this decade. Nations have presented a range of new and enhanced commitments — including a vow by India to be carbon neutral by 2070 — in recent […] 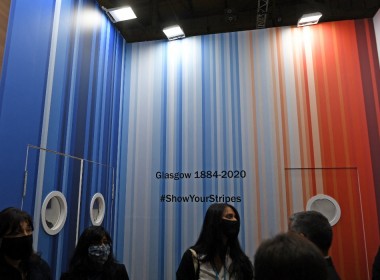 READING, United Kingdom (AFP) – A striped design showing the impact of global warming on 170 years of world temperatures at a glance has become a hit at the UN’s COP26 climate summit in Glasgow. The lined red and blue image, which shows global average temperatures from 1850 to 2020, has been on display at the talks in exhibitions on sustainability, adorned face masks and clothes and even graced the wall of the summit’s cafeteria. […] 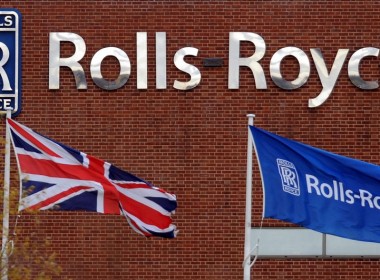 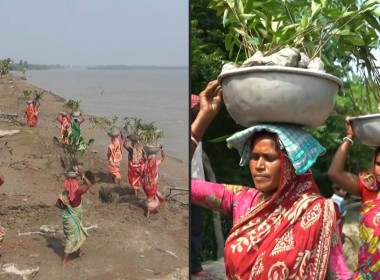 SUNDARBANS, India (AFP) — With India facing ever more powerful cyclones, women in the world’s largest mangrove forest are planting thousands of saplings to help protect their coastal communities from climate change. The Sundarbans straddle the coastline into neighbouring Bangladesh and are home to some of the world’s rarest creatures, including the Bengal tiger and the Irrawaddy dolphin. The forest has been designated a World Heritage site but has in the past suffered from illegal […] 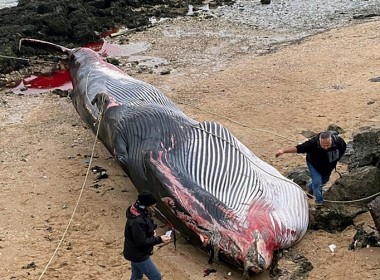 CALAIS, France (AFP) – French animal experts said on Sunday they were preparing to conduct an autopsy on a 19-metre-long whale that died after getting stranded at the northern port of Calais. The fin whale, weighing around 15 tonnes, apparently beached itself after getting injured, a rare phenomenon in the area. “It is a female, about 30 years old, who ran aground on Saturday,” Jacky Karpouzopoulos of the CMNF animal protection group told AFP. “She […] 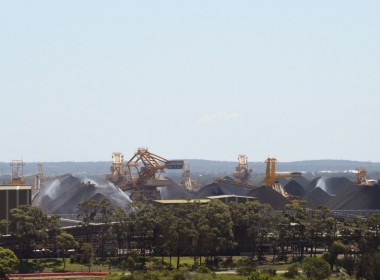 SYDNEY, Australia (AFP) – Australia said Monday it will sell coal for “decades into the future” after spurning a pact to phase out the polluting fossil fuel to halt catastrophic climate change. More than 40 countries pledged to eliminate coal use within decades during the COP26 UN climate summit in Glasgow, which aims to cap the warming of Earth since the Industrial Revolution to between 1.5 and 2.0 degrees Celsius. Australia, along with some other […] 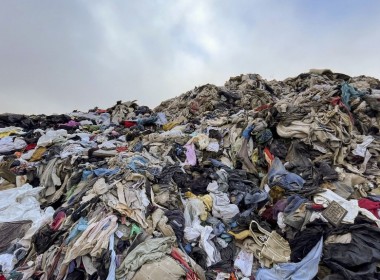 by Paula BUSTAMANTE Agence France-Presse ALTO HOSPICIO, Chile (AFP) – A mountain of discarded clothing including Christmas sweaters and ski boots cuts a strange sight in Chile’s Atacama, the driest desert in the world, which is increasingly suffering from pollution created by fast fashion. The social impact of rampant consumerism in the clothing industry — such as child labor in factories or derisory wages — is well-known, but the disastrous effect on the environment is […] 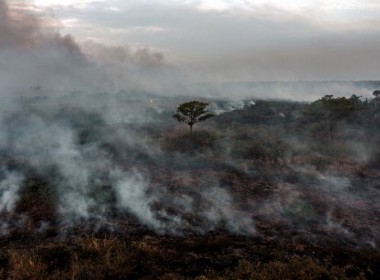 by Marlowe HOOD GLASGOW, United Kingdom (AFP) — The 65 most vulnerable nations will see GDP drop 20 percent on average by 2050 and 64 percent by 2100 if the world heats up 2.9 degrees Celsius, according to a report released Monday at the COP26 climate talks in Glasgow. Even if global temperature rises are capped at 1.5C, in keeping with the most ambitious Paris Agreement goal, the same countries would take a GDP hit […] 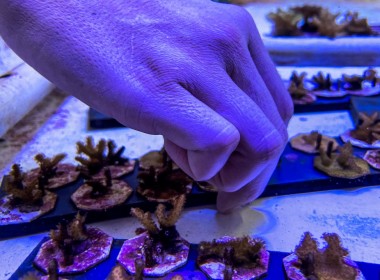 Desperate US bid to engineer corals for climate change

by Chandan Khanna with Glenn Chapman in San Francisco Agence France-Presse MIAMI, Florida (AFP) – A bit of coral shimmers like gold in a US lab as part of urgent work to help the species protect itself from climate change, an effort even skeptical experts see as sadly justifiable. Researchers in Florida are aiming to determine whether coral can be saved from rising water temperatures and acidification by transplanting stem cells from resistant varieties to […] 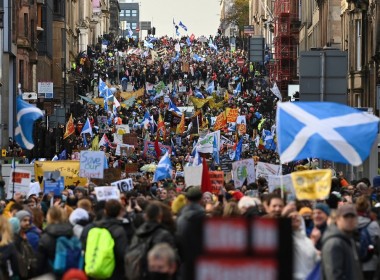 by Kelly MACNAMARA and Patrick GALEY Agence France-Presse GLASGOW, United Kingdom (AFP) – Tens of thousands of protesters braved rain and wind in Glasgow Saturday as part of worldwide demonstrations against what campaigners say is a failure of crunch UN climate talks to act fast enough to tame global warming. Dozens of events were planned worldwide to demand cuts in fossil fuel use and immediate help for communities already affected by climate change, particularly in […] 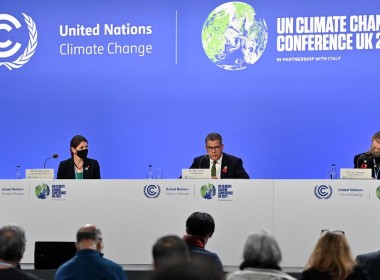 by Patrick GALEY Agence France-Presse GLASGOW, United Kingdom (AFP) – COP26’s first week saw keynote pledges to end deforestation, phase out coal, and mobilise trillions for green investment. But observers say there is a gulf between host Britain’s proclamations and the emissions cuts that must be achieved. Mohamed Adow, director of the Nairobi-based climate think tank Power Shift Africa, told AFP that there had been “two realities” at the global climate conference in Glasgow. “One […]