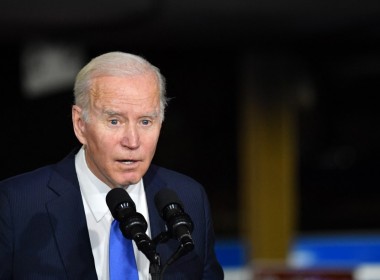 WASHINGTON D.C., United States (AFP) – President Joe Biden is to sign an order Wednesday to make the federal government carbon neutral by 2050 via a panoply of clean-energy initiatives including electric vehicles and environmentally friendly buildings. The executive order, announced by the White House, directs the government to replace its fleet of gas-guzzling vehicles with electric cars and trucks by 2035 and ensure federal buildings are carbon-free by 2045. “The president is building on […] 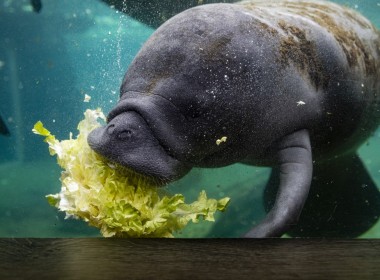 Florida manatees will be fed to prevent starvation

MIAMI, Florida (AFP) – Florida’s manatees — which are increasingly facing starvation, largely as a result of pollution — are going to be fed directly by wildlife officials, in what they called an “unprecedented” step to prevent further die-off. The pilot program will start with Indian River Lagoon, on the Sunshine State’s east coast southeast of Orlando, federal and state authorities announced Wednesday. Many manatees migrate to this area in winter, to bask in the […] 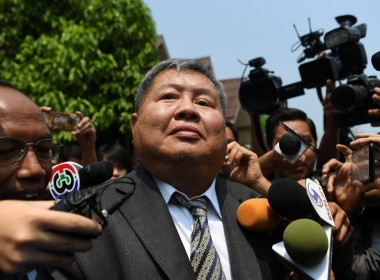 BANGKOK, Thailand (AFP) – A Thai tycoon accused of poaching wildlife in a national park lost his final appeal Wednesday, in a long-running saga that drew public outrage over the elite’s perceived impunity. Construction magnate Premchai Karnasuta was arrested in February 2018 when park officials found guns, animal carcasses — including of a kalij pheasant and a red muntjac — and the pelt of a black leopard at his campsite. Premchai was found not guilty of […] 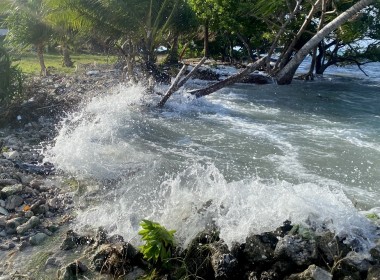 MAJURO, Marshall Islands (AFP) — Island nations in the South Pacific were cleaning up Wednesday after storms and tidal surges triggered widespread flooding, with rising seas caused by climate change blamed for the inundation. The Marshall Islands, Solomon Islands and Federated States of Micronesia all reported flooding, with reports that remote parts of Vanuatu were also hit by rising waters. “(The) government of the Federated States of Micronesia has been made aware of extensive saltwater […] 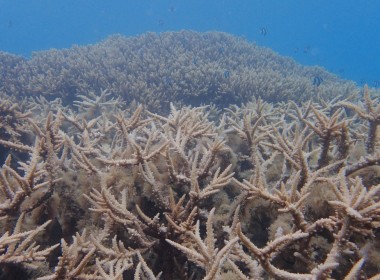 by Nick Perry Agence France-Presse NAIROBI, Kenya (AFP) – Rising sea temperatures and overfishing threaten coral reefs in the western Indian Ocean with complete collapse in the next 50 years, according to a groundbreaking study of these marine ecosystems. The findings, published in the journal Nature Sustainability on Monday, warned that reefs along the eastern coast of Africa and island nations like Mauritius and Seychelles faced a high risk of extinction unless urgent action was […]

PARIS, France (AFP) – Only 14 companies are making top-grade efforts on the climate, the organisation that scores environmental efforts by companies for investors said Tuesday. The NGO Carbon Disclosure Project (CDP) said only 14 out of nearly 12,000 firms that it scores received A marks in all the three areas of climate change, forests and water security in 2021.  Among those were consumer goods firm Unilever, food group Danone, cosmetics maker L’Oreal and tobacco […] 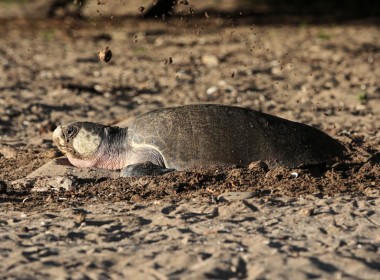 SAN JUAN DEL SUR, Nicaragua (AFP) — Thousands of sea turtles laid their eggs on Nicaragua’s coast over the weekend under the watchful eye of the army, which protects the nests from possible predators — including humans. The olive ridley sea turtles (Lepidochelys olivacea) migrate for long distances to spawn between July and January in the Pacific coast wildlife refuges of La Flor and Chacocente, areas where the endangered species is protected against predators that […] 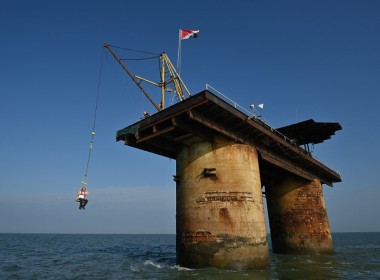 Sealand: the ‘micronation’ defying the UK and Covid

by Anna MALPAS Agence France-Presse SEALAND (AFP) – It’s a hulking metal-and-concrete platform in the North Sea that has been run as an independent micronation in defiance of the UK government for the last 54 years. But even on Sealand, some seven miles (11 kilometres) off the coast of southeast England, visitors have to show a negative Covid-19 test before being winched up onto the deck. “We have zero Covid cases,” Liam Bates, one of […] 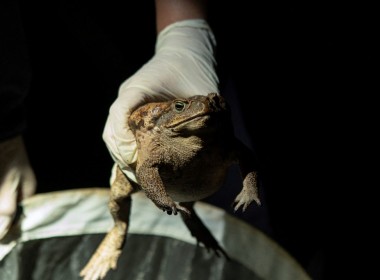 by Sean CHANG Agence France-Presse NANTOU COUNTY, Taiwan (AFP) – Toads are a symbol of prosperity and good fortune in Taiwan, but the unexpected discovery of an invasive species has officials and environmentalists scrambling to contain their spread. With flashlights in hand and shielded by protective gloves, dozens of volunteers from the Taiwan Amphibian Conservation Society worked through the night searching rice fields and vegetable plots for their quarry — the cane toad. There should be […] 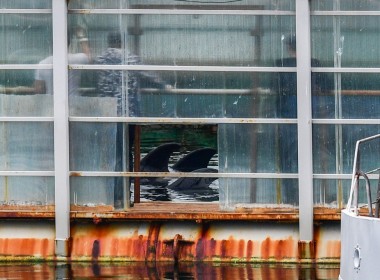 MOSCOW, Russsia (AFP) – Russia has dismantled a notorious facility dubbed the “whale jail” that kept dozens of the mammals in cramped conditions, causing an international outcry. Almost 100 whales were kept in the secretive facility in Srednyaya Bay near the far eastern town of Nakhodka in 2018, before being released after an intense campaign by animal rights and environmentalist groups in 2019. The animals were captured to perform in aquariums. The environmental prosecutor’s office […] 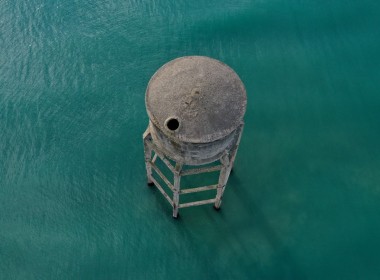 by Briseida MEMA Agence France-Presse SEMAN, Albania (AFP) – Albania’s communist-era bunkers were meant to withstand a nuclear strike, but decades later the fortifications are being devoured by the sea as the country’s coastline is battered by erosion. The shores of the Balkan country are among the most affected in Europe by erosion, according to experts, who blame climate change and uncontrolled urbanisation for the scourge. Along the shores of Seman in central Albania, many […] 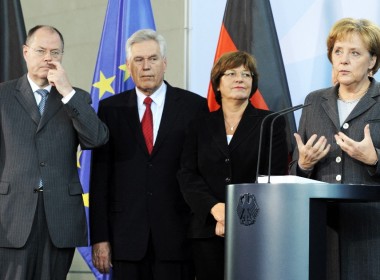 by Hui Min NEO Agence France-Presse BERLIN, Germany (AFP) – Crises have a knack for felling leaders. Not Chancellor Angela Merkel. During 16 years in power, the veteran navigated Germany through the 2008 financial turmoil and ensuing eurozone debt crisis, the 2015 refugee influx and then the coronavirus pandemic. While largely admired at home and abroad even in the final days of her reign, the legacy she leaves behind is marked both by light and […]