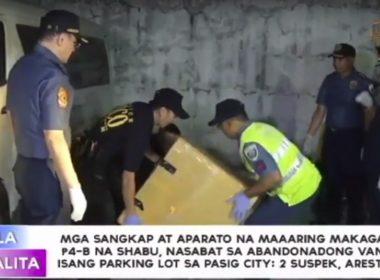 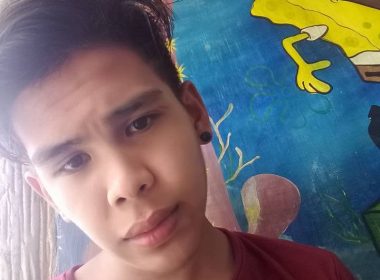 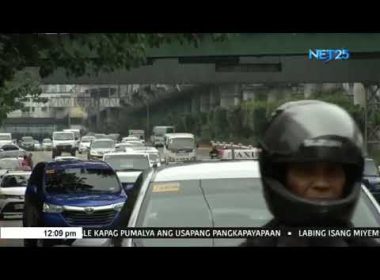 By Mar Gabriel Eagle News Service The Philippine National Police is looking into the possibility the Pasay police intelligence chief who was reported to have been killed during an anti-drugs operation was actually killed by a colleague. PNP Chief Oscar Albayalde made the pronouncement after the father of the slain Senior Insp. Manuel Taytayon Jr. was quoted as saying his son had revealed to him that a fellow police officer was engaged in illegal drugs. […] 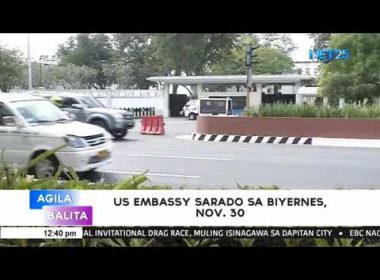 US Embassy in Manila closed on Friday, Nov. 30

(Eagle News) — The United States Embassy in Manila will be closed to the public on Friday, Nov. 30. In a statement, the US Embassy said its affiliated offices will also be closed in observance of Bonifacio Day. It said services in those offices will resume on Monday, December 3. 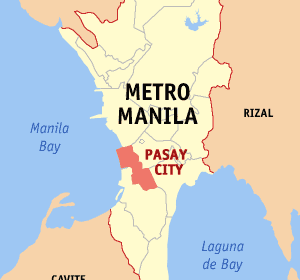 (Eagle News) — A former barangay chair is in critical condition after she was shot in the face in Pasay on Monday, Nov. 26. A police report identified the victim as Gina Catalan. Catalan, the wife of a former Pasay police chief, was sweeping the sidewalk in front of her house on David Street, Barangay 23, at 7:15 a.m. when she was approached by two men on board a motorcycle. One of them shot at her, after […] 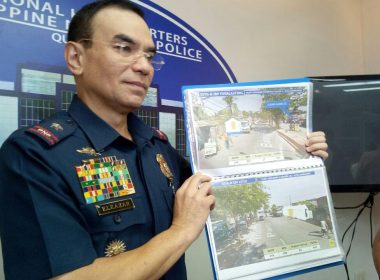 (Eagle News)–National Capital Region Police Office Director Guillermo Eleazar has relieved the entire anti-drug unit of the Las Pinas police. Eleazar made the move to relieve the more than 30 police officers, including the unit chief, after some operatives allegedly demanded money in exchange for the release of a drug suspect. Operatives of the Southern Police District failed to arrest the four policemen involved in the crime in an entrapment operation, but managed to nab […] 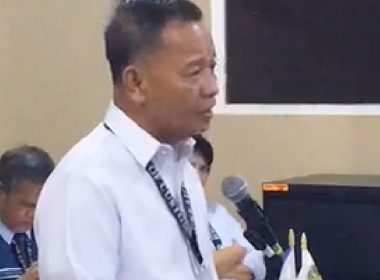 (Eagle News) — Former Customs chief Isidro Lapeña on Friday, Nov. 23, filed libel charges against  former Customs X-ray chief Lourdes Mangaoang. The charges lodged before the Taguig Prosecutors Office stem from Mangaoang’s testimony before the Senate hearing the P11-billion shabu shipment that was allegedly smuggled inside the country that he said destroyed his reputation. Mangaoang had said Lapeña, now the director-general of the Technical Education and Skills Development Authority, had been coaching witnesses being invited to […] 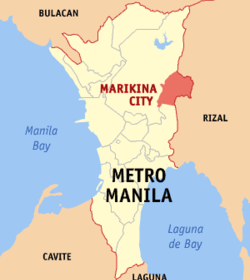 (Eagle News) — A brother-in-law of Interior Undersecretary Martin Diño has been arrested for a drug-related offense. A radio report said Manuel Bautista was nabbed in a buy-bust operation conducted by the Marikina Police in a house in Barangay Concepcion on Nov. 12. The report, quoting Marikina police chief Senior Supt. Roger Quezada, said arrested with Bautista was one Marife Wisi, the alleged owner of the house. The police said five sachets containing suspected methamphetamine hydrochloride were […] 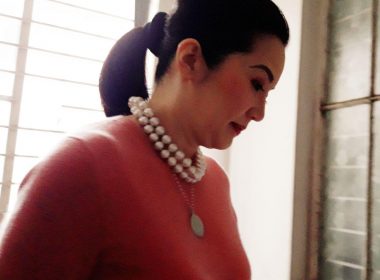 (Eagle News) — Actress Kris Aquino on Thursday, Nov. 22, filed cyberlibel charges against the brother of her former business partner, whom she has sued for allegedly stealing from her. Aquino filed the nine counts of cyberlibel against lawyer Jesus Falcis before the Department of Justice. Jesus is the brother of Nicardo Falcis II, who faces 44 counts of qualified theft for allegedly using the company credit card of Kristina Aquino Productions for his personal […] 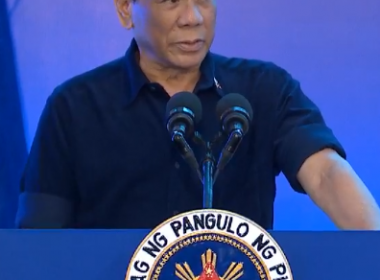 Duterte warns policemen vs going to Okada Manila; “If I see you there, I’ll run you over,” he says

(Eagle News) — President Rodrigo Duterte on Thursday, Nov. 22, warned policemen against going to Okada Manila in Paranaque, saying he would “run (them) over” if he saw them there. “Better go away, lahat ng law enforcement… I do not want even a police car there,” Duterte said in a speech during the inauguration of the Cavite Gateway Terminal in Tanza, Cavite. According to Duterte, the place was “crawling with usurers, kidnappers.” He said if […] 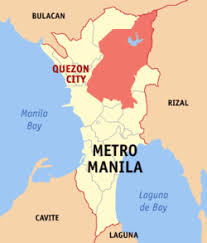 (Eagle News) — Police are in hot pursuit of several individuals who broke into the house of  Philippine Charity Sweepstakes Office official and singer Jimmy Bondoc in Quezon City, and carted away around P100,000 worth of valuables. The police said one of the two suspects is Bondoc’s former maid identified as Mary Jane del Rosario. Del Rosario reportedly acted as a lookout while a man went around the house to look for valuables. A DSLR […]