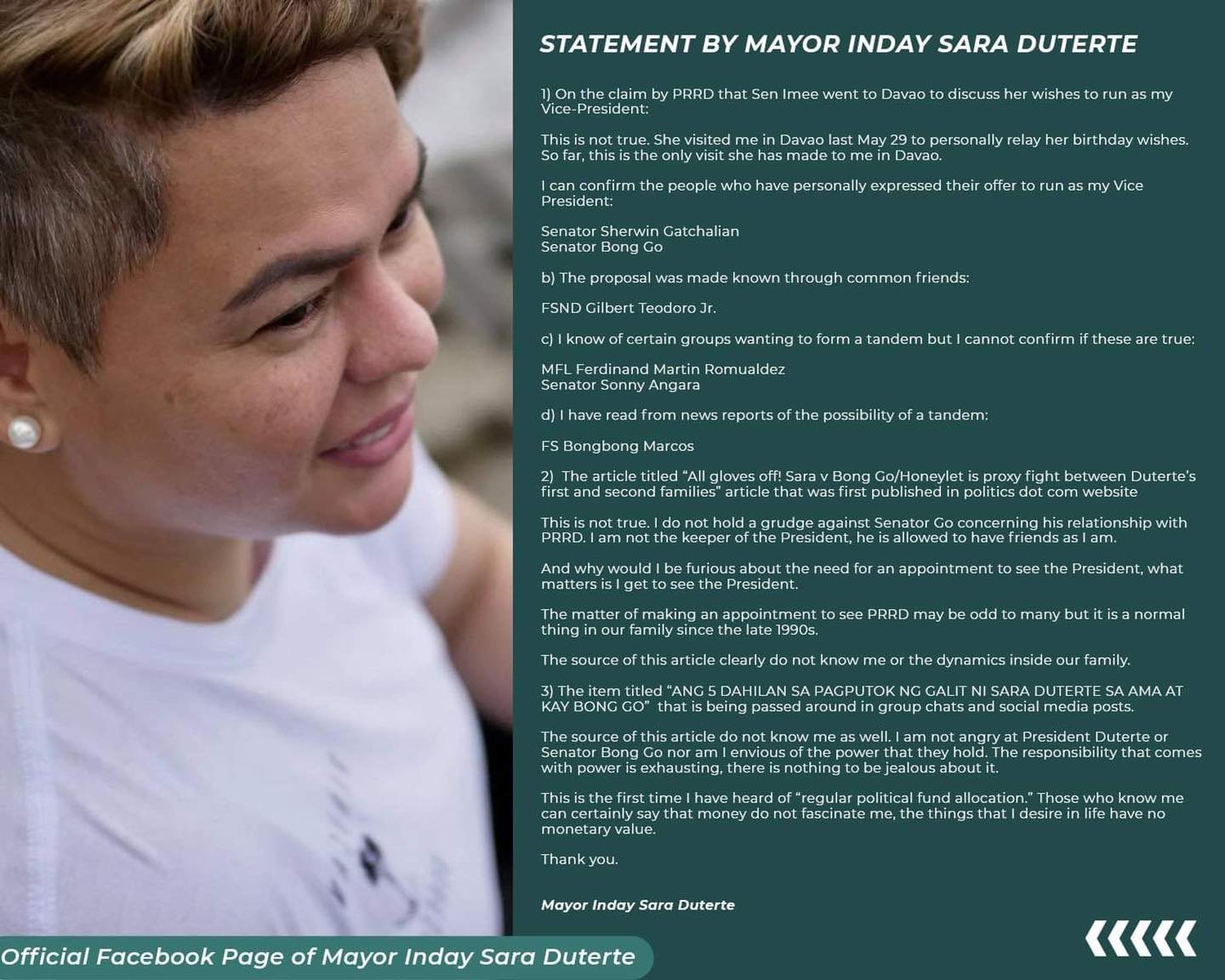 This is according to the presidential daughter herself, who made the revelation in a statement issued on Wednesday, Sept. 1.

In the statement, the Davao mayor said a proposal for former Defense Secretary Gilbert Teodoro, Jr. to run as her vice president, meanwhile, was “made known through common friends.”

She said she also knows of certain groups who want House Majority Leader Ferdinand Martin Romualdez and Senator Sonny Angara to run as her vice president.

“[But] I cannot confirm if these are true,” Sara said.

As for former Senator Ferdinand Marcos, Jr., she said she has “read from news reports the possibility of a tandem.”

“That is not true. She visited me in Davao last May 29 to personally relay her birthday wishes. So far, this is the only visit she has made to me in Davao,” she said.

The Davao mayor, meanwhile, denied there was a proxy fight between President Duterte’s families, with her on one side, and Go and Honeylet Avancena on the other, as claimed by an article published online.

“I do not hold a grudge against Senator [Go] concerning his relationship with PRRD. I am not the keeper of the President, he is allowed to have friends as I am,” she said.

The President has accepted the nomination but has said he would not run if Sara would run for President.