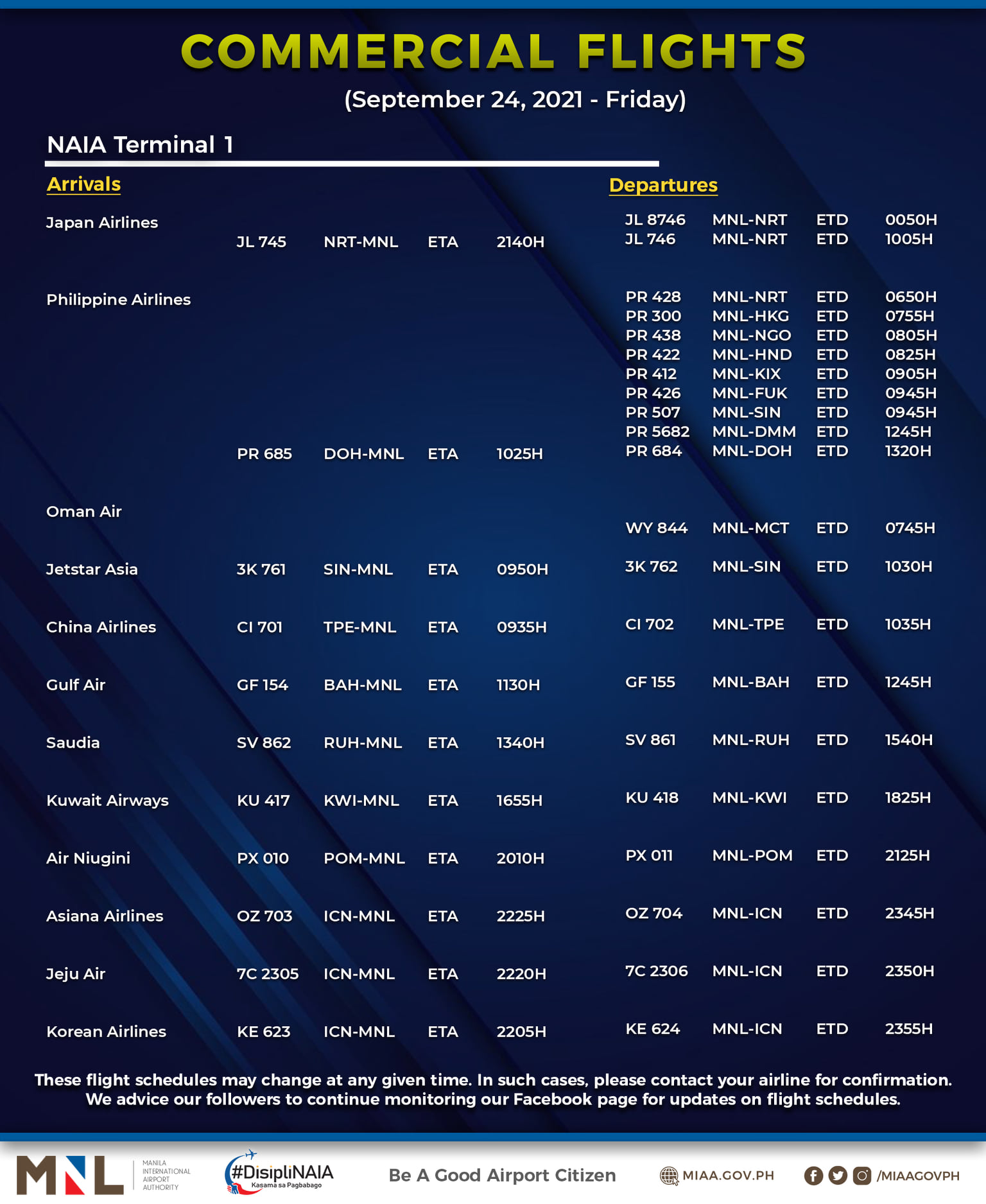 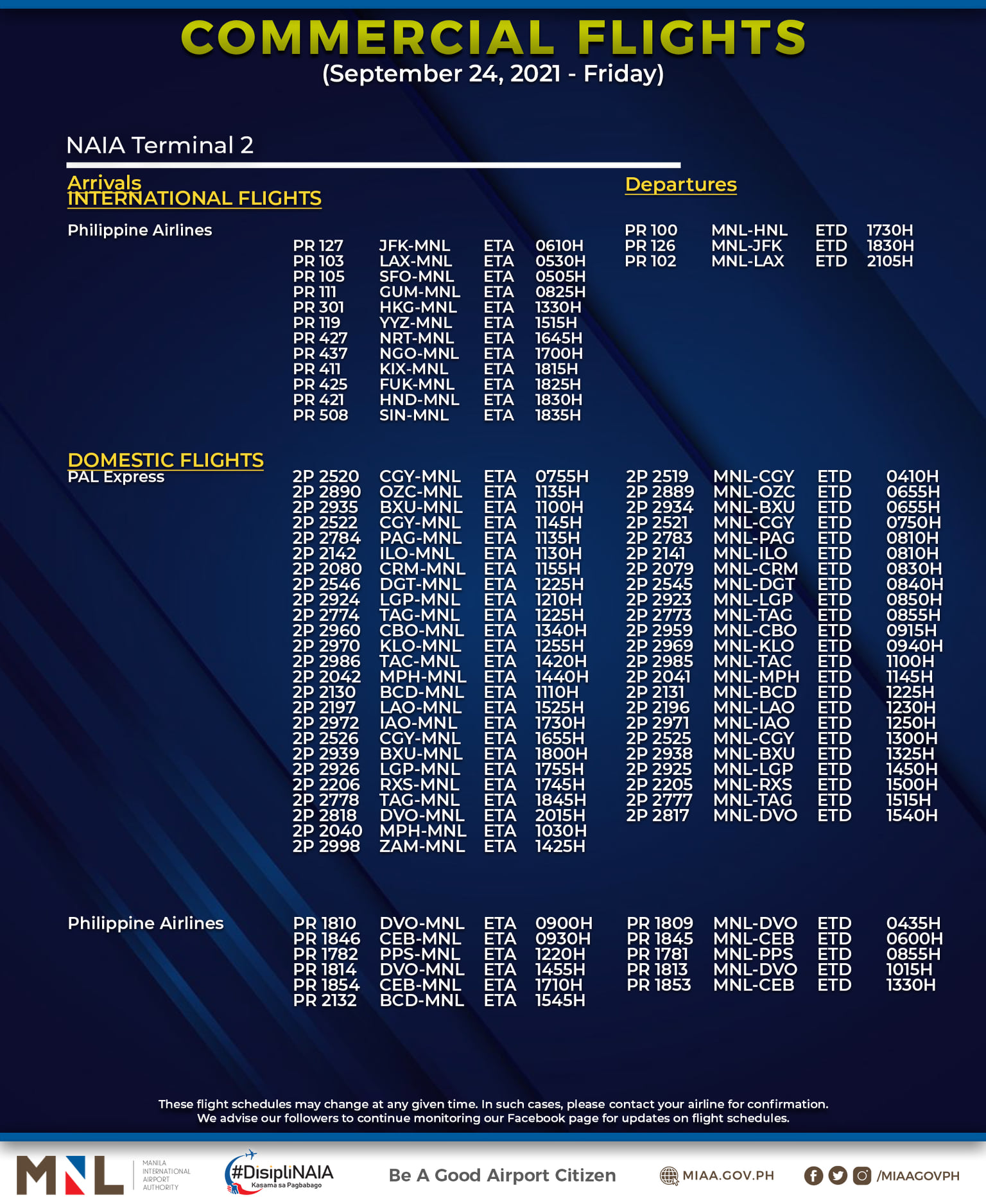 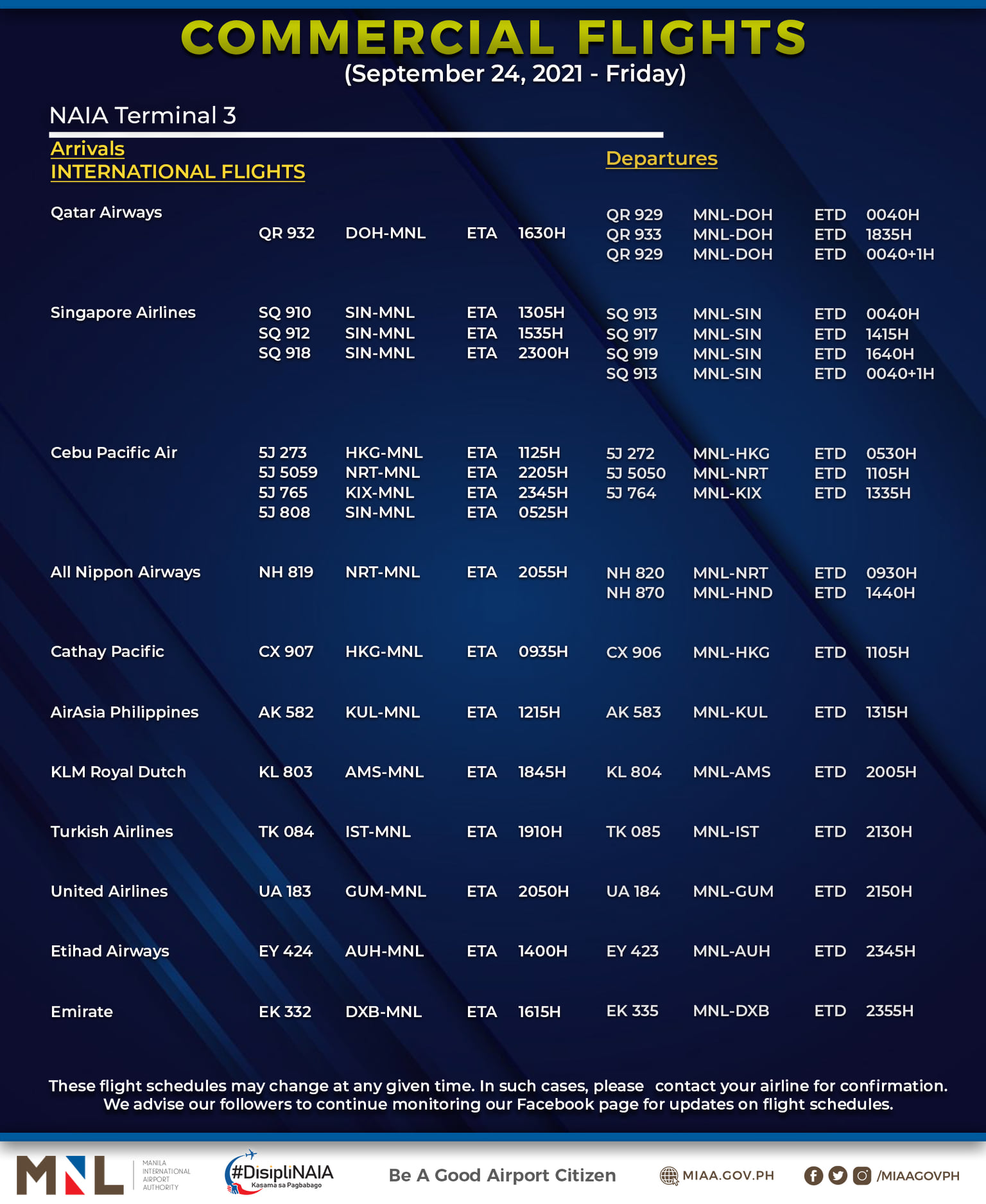 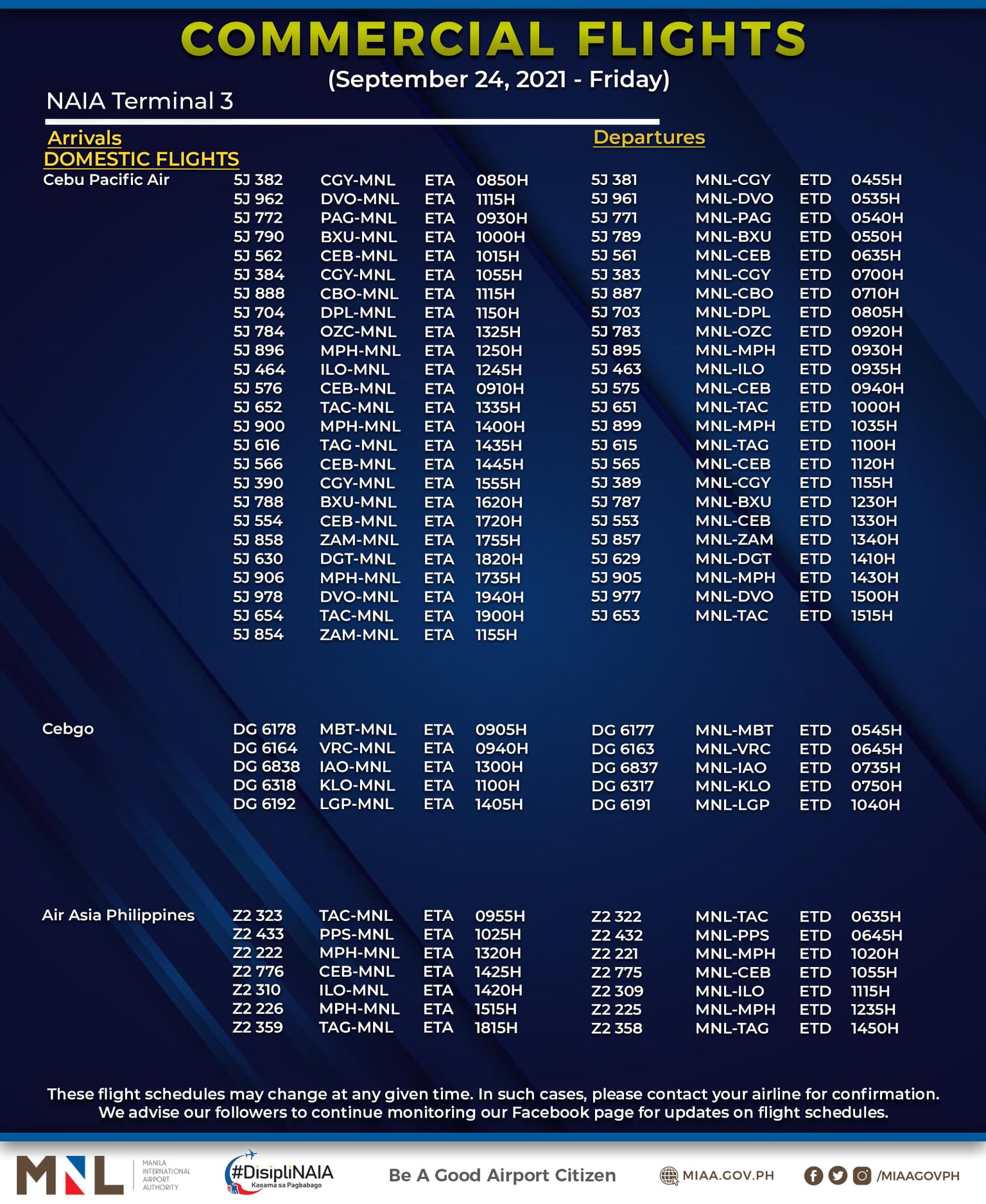 MIAA advised passengers to coordinate with their airlines first prior to the scheduled travel.

The Philippines has imposed a travel ban on some countries amid the increasing COVID-19 cases there.

It announced nine countries on its red list but the travel restrictions on these countries were supposed to have lapsed on Sept. 18.

The Philippines later announced the red list had been updated to include four more countries.