Pasay City – The San Miguel Beermen remained unblemished in the 2017 PBA Commissioners’ Cup after defeating the defending champions Rain or Shine Elasto Painters, , at the SM Mall of Asia Arena. With fouls plaguing June Mar Farjardo and Charles Rhodes, Gabby Espinas keeps San Miguel’s momentum in the the third quarter by scoring 1o of his 15 total points and was awarded the Player of the Game honors. Espinas finished with a statistical […]

Star bounces back after two-game skid in Blackwater win

Pasay City – The Star Hotshots claimed their fifth victory in the 2017 PBA Commissioners’ Cup against Blackwater Elite, 96-90, at the SM Mall of Asia Arena. Down by five entering the fourth quarter, the Hotshots relied on their teamwork and balanced scoring to overcome an upset from Blackwater by outscoring them 31-20. Tony Mitchell led the Hotshots with 17 points, fifteen boards and two blocks but committed six turnovers and fouled out in the […]

One Championship created a huge shock wave with their 10th Manila fight card as Eduard Folayang retains the One Lightweight World Championship against Malaysia’s Ev Ting via unanimous decision at the SM Mall of Asia Arena. Ting threw in everything he got against Folayang the reigning One Lighweight Champion but came in short to finding a solution to the “Landslide” of attacks that came in his way. This was Folayang’s fourth win in a row […]

Chan carries Rain or Shine in comeback win against Phoenix

Cubao, Quezon City – The Rain or Shine Elasto Painters came back from a 17-point deficit to upset the Phoenix Fuel Masters, 96-94, in the 2017 PBA Commissioners’ Cup at the Smart Araneta Coliseum. Jeff Chan came up big as he initiated the comeback by scoring 14 of his 24 total points in the final quarter including the go-ahead and-1 with 7.7 seconds left. Chan finished the game with 24 points, four boards and three […]

By Ernest Hernandez Eagle News Service GlobalPort Batang Pier captured their first win of the 2017 PBA Commissioners’ Cup against the win-less NLEX Road Warriors, 85-82, at the Smart Araneta Coliseum. Leading by just three points at the half, GlobalPort was able to counter a barrage of attacks from Wayne Chism, who came up with 12 points in the half and carried on a seven-point lead heading to the final quarter. Chism once again tried […] 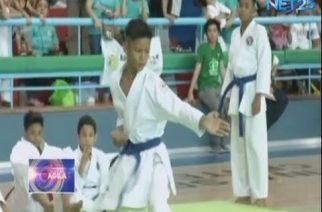 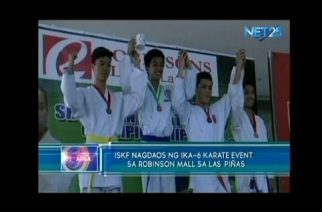 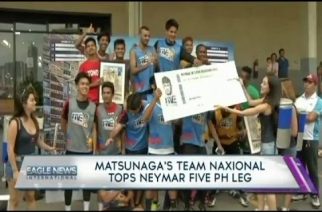 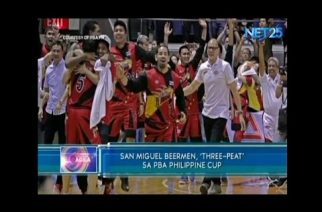 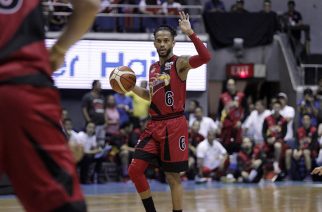 (Eagle News) — The San Miguel Beermen took Game 3 of the PBA Philippine Cup on Wednesday night, edging the Barangay Ginebra Kings for the second time around in the final series. Chris Ross led the offensive with 24 points, much to the dismay of Coach Tim Cone and his never-say-die roster. The seven-feet-tall JuneMar Fajardo dominated the paint with 17 points, 18 rebounds and 3 blocks, enabling the Beermen to pull away in the […] 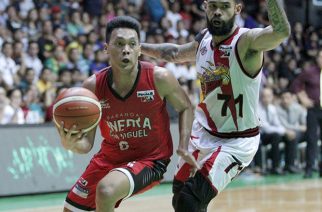 (Eagle News) — Barangay Ginebra brought home the bacon on Sunday, after they beat sister team San Miguel Beer in a nerve-wracking Game 2 at the Quezon Convention Center in Lucena. The never-say-die team averted disaster when their very own Joe Devance made a bucket right before the final buzzer, taking the game to overtime. SMB had to rely on one talent less, as Marcio Lassiter was ejected from the game for his two technical […] 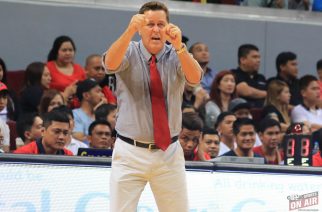 (Eagle News)  — Despite the existence of their many supporters who can give them moral support, Barangay Ginebra Gin Kings head coach Tim Cone admitted that they feel a lot of pressure in their upcoming game against the San Miguel Beermen. The game on February 24 would be the first of the seven–or four games, depending on how it goes—in the final series of the PBA Philippine Cup. According to Cone, their sister team is […]