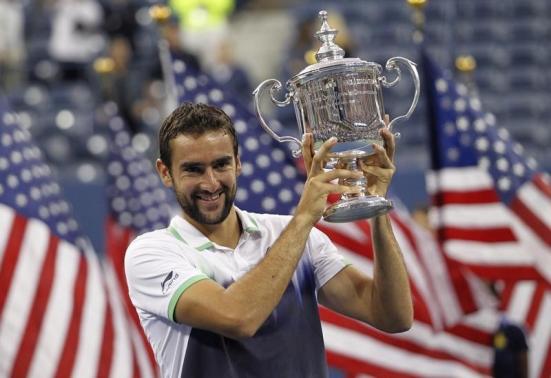 (Reuters) – Croatia’s Marin Cilic swept past Japan’s Kei Nishikori 6-3 6-3 6-3 to win the U.S. Open on Monday and reach the pinnacle of the sport one year after a doping ban kept him out of the year’s final grand slam. The big-serving Croatian overwhelmed a weary Nishikori in one hour, 54 minutes to clinch a ruthless victory and deny his 10th-seeded opponent’s bid to become the first Asian man to win a grand […] 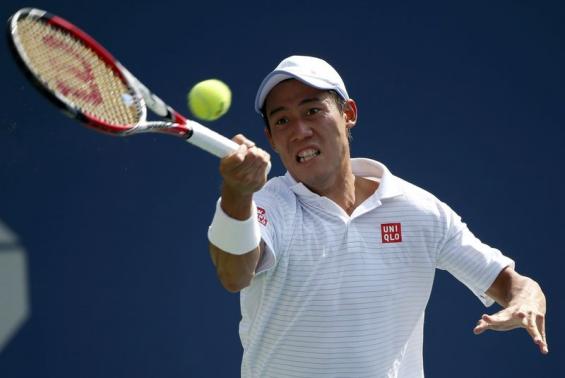 (Reuters) – Japan’s Kei Nishikori and Croatia’s Marin Cilic rocked the tennis world with stunning back-to-back U.S. Open semi-final upsets on Saturday, sending two all-time greats Roger Federer and Novak Djokovic out of Flushing Meadows. On an extraordinary day that will go down as one of the most surprising in grand slam history, 10th seeded Nishikori denied Djokovic a fifth straight trip to the U.S. Open final when he toppled the world number one 6-4 […] 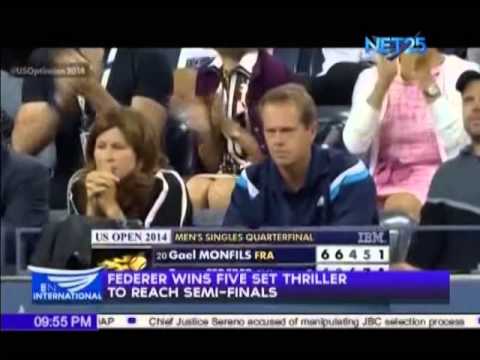 Roger Federer battled against Monfils, winning the match and managing to reach the US Open semi-finals. 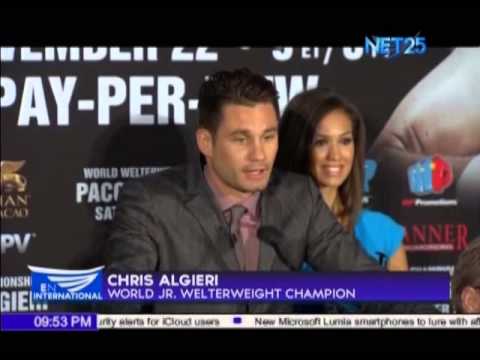 Filipino boxing champion Manny Pacquiao met his next opponent in New York City to promote his next fight in Macau. 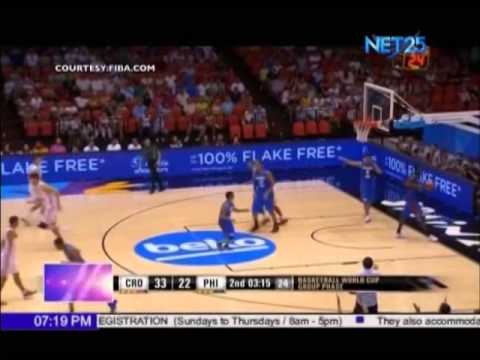 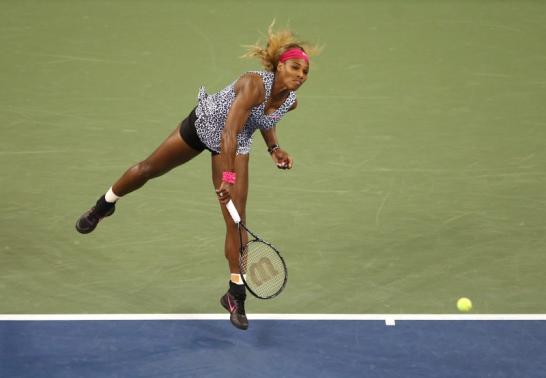 (Reuters) – Serena Williams and Ekaterina Makarova sprinted into the semi-finals of the U.S. Open on Wednesday but marathon man Kei Nishikori had to go the distance to upset Stan Wawrinka and become the first Japanese man into the last four of a grand slam in 81 years. On a sultry evening, Williams sleepwalked through the start of her quarter-final with Flavia Pennetta as the 12th seeded Italian broke twice on the way to a […] 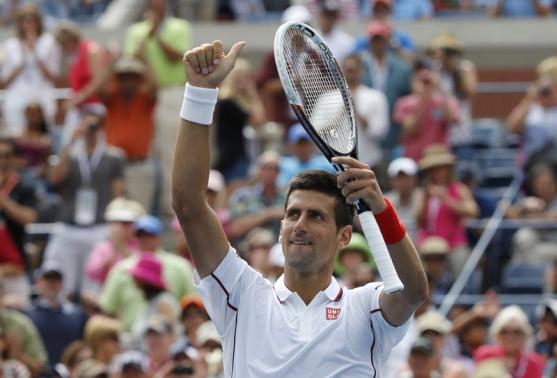 Men march on at U.S. Open but more upsets in women’s draw

(Reuters) – World number ones Novak Djokovic and Serena Williams advanced safely to the next round of the U.S. Open on Saturday but the women’s draw saw yet another big upset as Wimbledon winner Petra Kvitova was sent packing by a 145th-ranked qualifier. Third-seed Kvitova fell victim to 21-year-old Serbian Aleksandra Krunic, leaving only three of the top eight women’s seeds still in the tournament. Simona Halep (2nd), Agnieszka Radwanska (4th), Angelique Kerber (6th) and Ana Ivanovic (8th) have […] 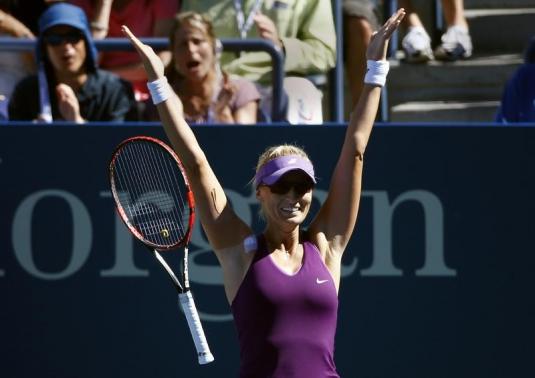 (Reuters) – The U.S. Open women’s draw was blown wide open by a series of upsets on Friday but it was business as usual on the men’s side with Roger Federer leading a parade of seeds into the third round at the year’s final grand slam. The shockwaves began early on another sunny day at Flushing Meadows with 32-year-old qualifier Mirjana Lucic-Baroni dismissing Romanian second seed Simona Halep 7-6(6) 6-2 to reach the fourth round. […] 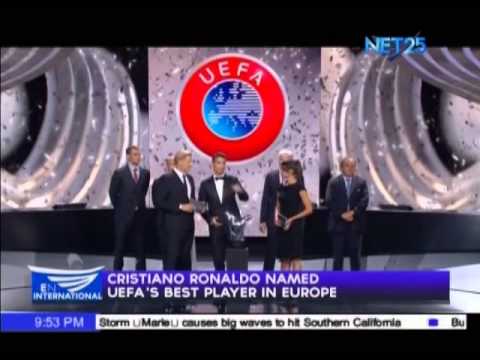 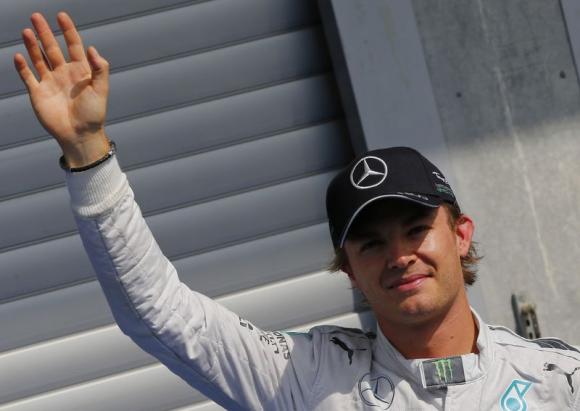 (Reuters) – Formula One championship leader Nico Rosberg has apologized for colliding with team mate Lewis Hamilton during the Belgian Grand Prix and been disciplined, his Mercedes team said on Friday. Rosberg hit Hamilton on the second lap at Spa on Sunday and the Briton later retired from the race with a damaged floor after picking up a puncture. Hamilton told reporters that Rosberg had admitted in a team meeting to hitting him on purpose […] 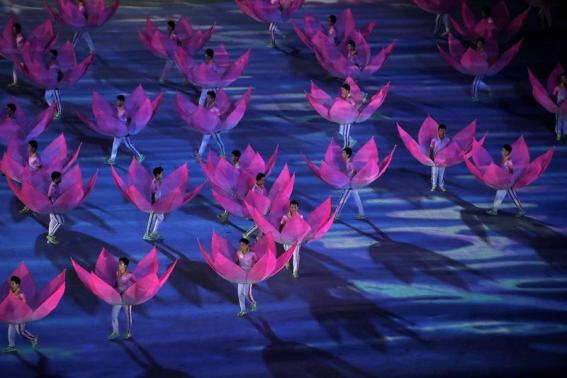 (Reuters) – The second Youth Olympics concluded in Nanjing on Thursday after a spectacular closing ceremony and a glowing endorsement from the International Olympic Committee (IOC). Around 2,000 performers were involved in the ceremony, which was attended by Chinese Premier Li Keqiang and the IOC president Thomas Bach. The sporting competition, which began two weeks ago and involved almost 4,000 athletes aged between 14 and 18, had ended on Wednesday with the host-nation finishing as […] 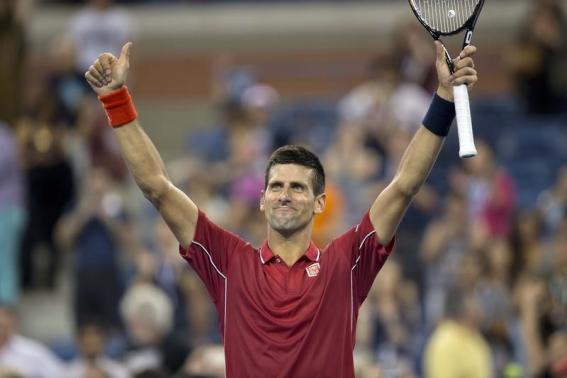 (Reuters) – World number ones Novak Djokovic and Serena Williams take center stage at the U.S. Open on Thursday, headlining a juicy day of action at the year’s final grand slam. Always a crowd favorite at Flushing Meadows, Williams will have to share some of cheers as she goes against fellow American Vania King in a second round matchup. Williams may be a big fan of the next generation of American players but for the […]