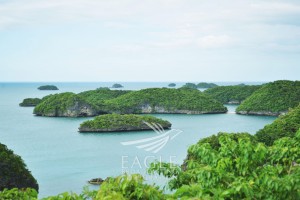 QUEZON City, Philippines (Eagle News Service, May 19) – Can anyone guess what we can find in Alaminos, Pangasinan?

This city is the site of one of the most famous landmarks in the Philippines.

Every school child knows what the Hundred Islands is. The name is actually a misnomer because the islands number 124 during low tide and 123 during high tide. Of said islands, only three were developed for tourism: Governor Island, Children’s Island and Quezon Island.

The islands were believed to be at least two million years old. They were once coral beds under an ancient sea that dried up thus exposing them to the surface.

Visiting the islands is such a treat to the senses – the blue ocean, the unspoilt green, the warm sun – all make island-hopping worthwhile.

Of course, since you are already in Alaminos, do take the time to explore the city and try out the local delicacies.