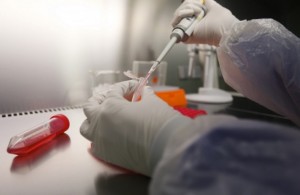 Could there soon be a possible antidote to battle the dreaded Mers-CoV?

Doctors and scientists worldwide are hopeful after research teams from China and the United States have reportedly stumbled upon anti bodies that can possibly be the initial step toward creating a remedy to battle the disease.

This according to the Center for Infectious Disease Research and Policy (CIDRAP), which reported the findings presented by Harvard’s Dana-Fabrer Cancer Institue and the University of North Carolina, along with China’s Ministry of Agriculture and Guandong Province.

CIDRAP added that a center within the University of Minnesota that focuses on addressing public health security reported that two different strategies were conducted by Dana-Fabrer and the Chinese joint research teams.

Dana-Fabrer collected about 27 billion antibodies that can penetrate the spike-shaped protein on the surface of Mers-CoV that binds receptors of  human line airways. The test showed that the mutation that allowed the virus to escape and helped weaken the multiplication of the virus.

The Chinese joint team strategy on the other hand, focuses on the “single-chain variable region fragments” of a non immune human antibody library.

About two hundred fifty-four valid reported cases of the disease worldwide were reported by the World Health Organization (WHO). In the list presented by the WHO, eleven (11) countries were confirmed to be invaded by different coronavirus.

Multiple areas from Middle east countries which is said to be the origin of the disease are now scattered in many areas of Europe, Saudi Arabia and Egypt.

Recently, the Philippines was alarmed news of a possible carrier of Mers-CoV in one of the passenger Etithad Airways flight 0424 from United Arab Emirates (UAE).