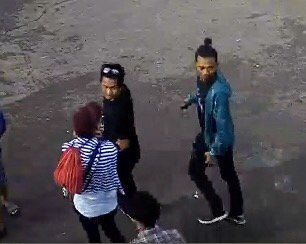 (Eagle News)–The military has released pictures of three of the four suspects in the twin blasts in Jolo, Sulu that killed at least 20 people.

The pictures were based on footage from a closed-circuit television camera that captured what could be the actual detonation of the second explosive device at the Our Lady of Mount Carmel Cathedral.

One of the suspects was seen giving something to another before he ran away following the explosions. 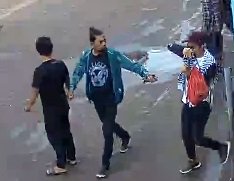 Authorities identified him as Alyas Kamah, allegedly a member of a group affiliated with the Abu Sayyaf.

The Palace has condemned the blasts, which came after the Commission on Elections deemed ratified the Bangsamoro Organic Law.

The BOL aims to replace the Autonomous Region in Muslim Mindanao with a more autonomous Bangsamoro.

Sulu had rejected the BOL.