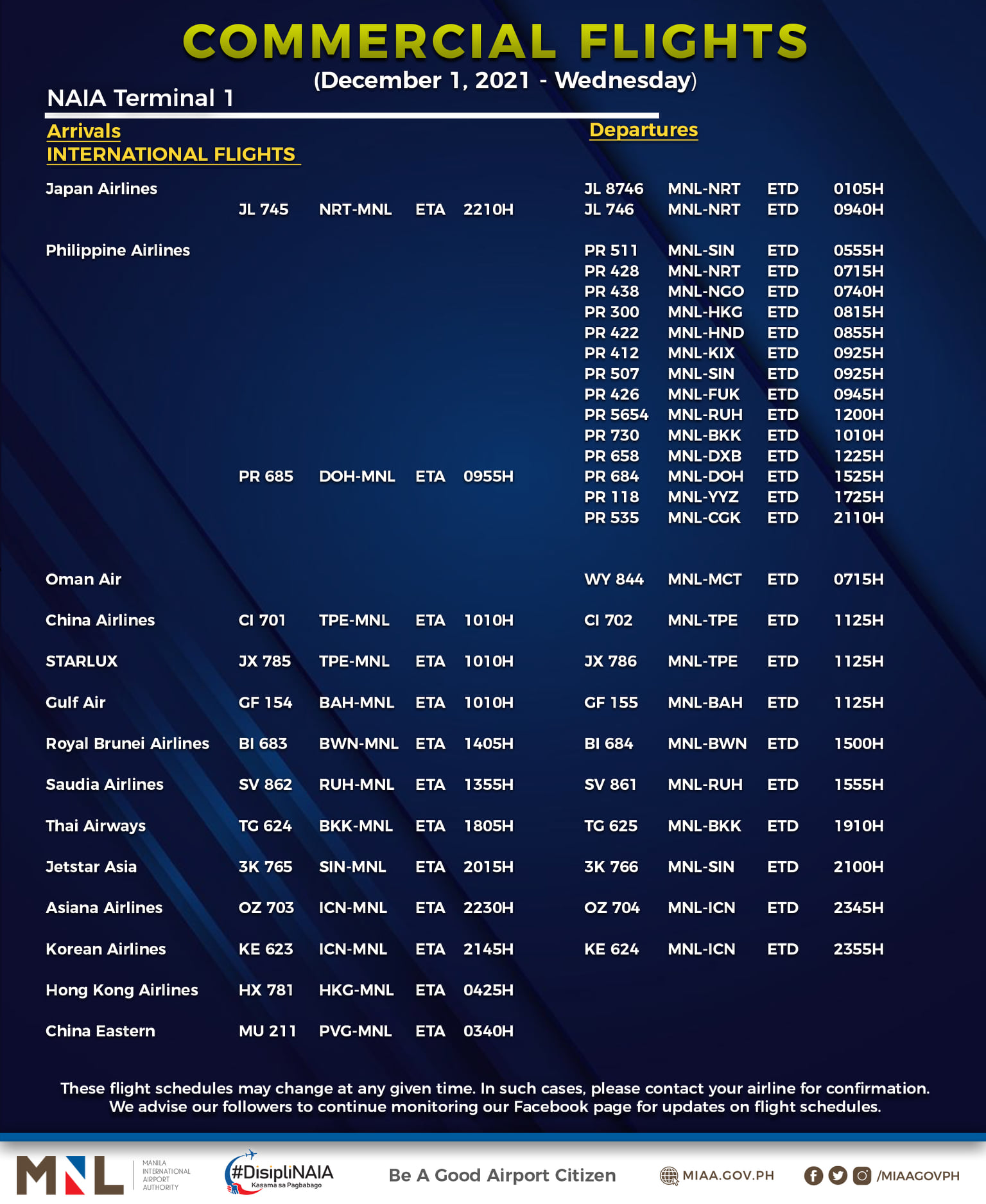 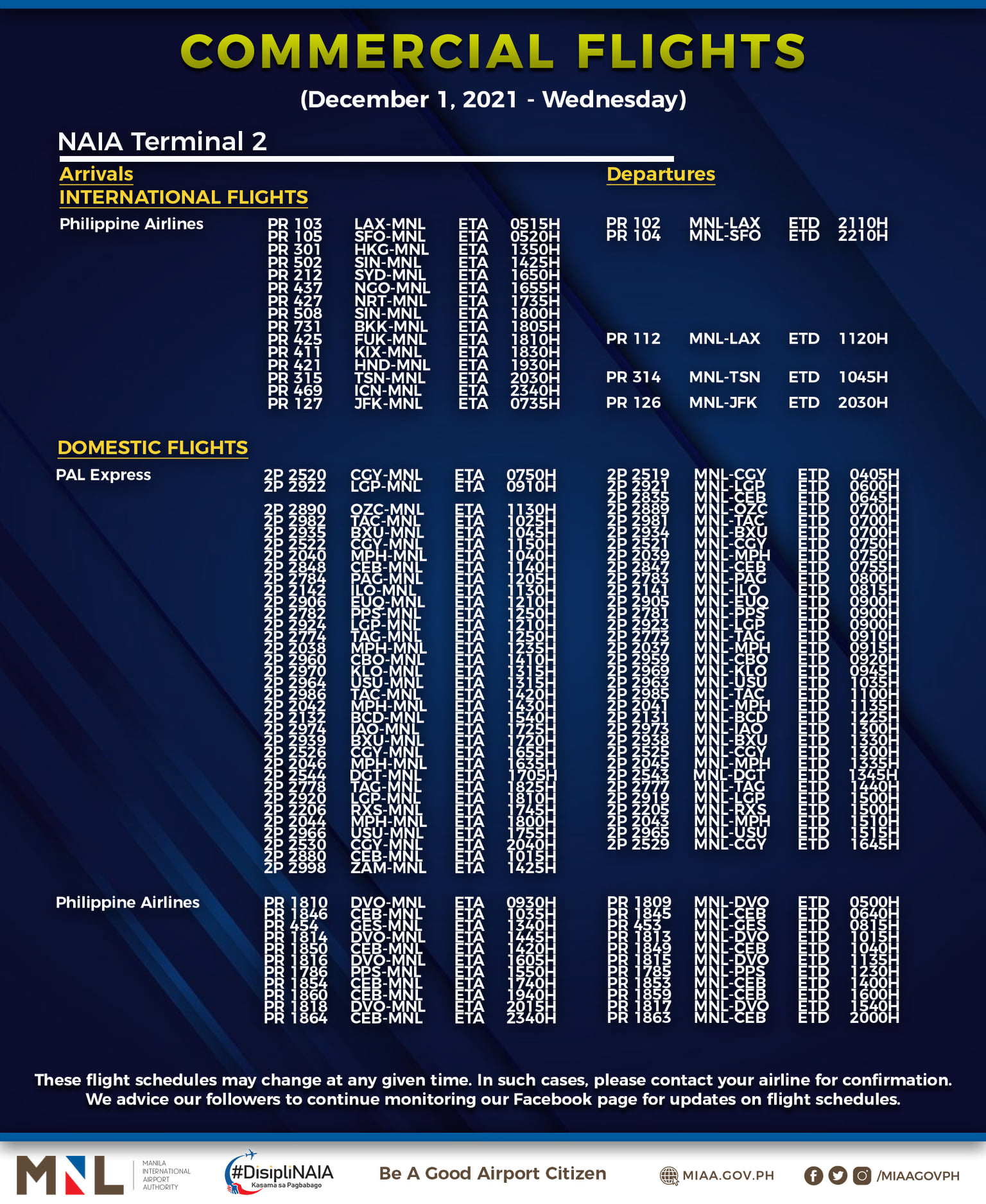 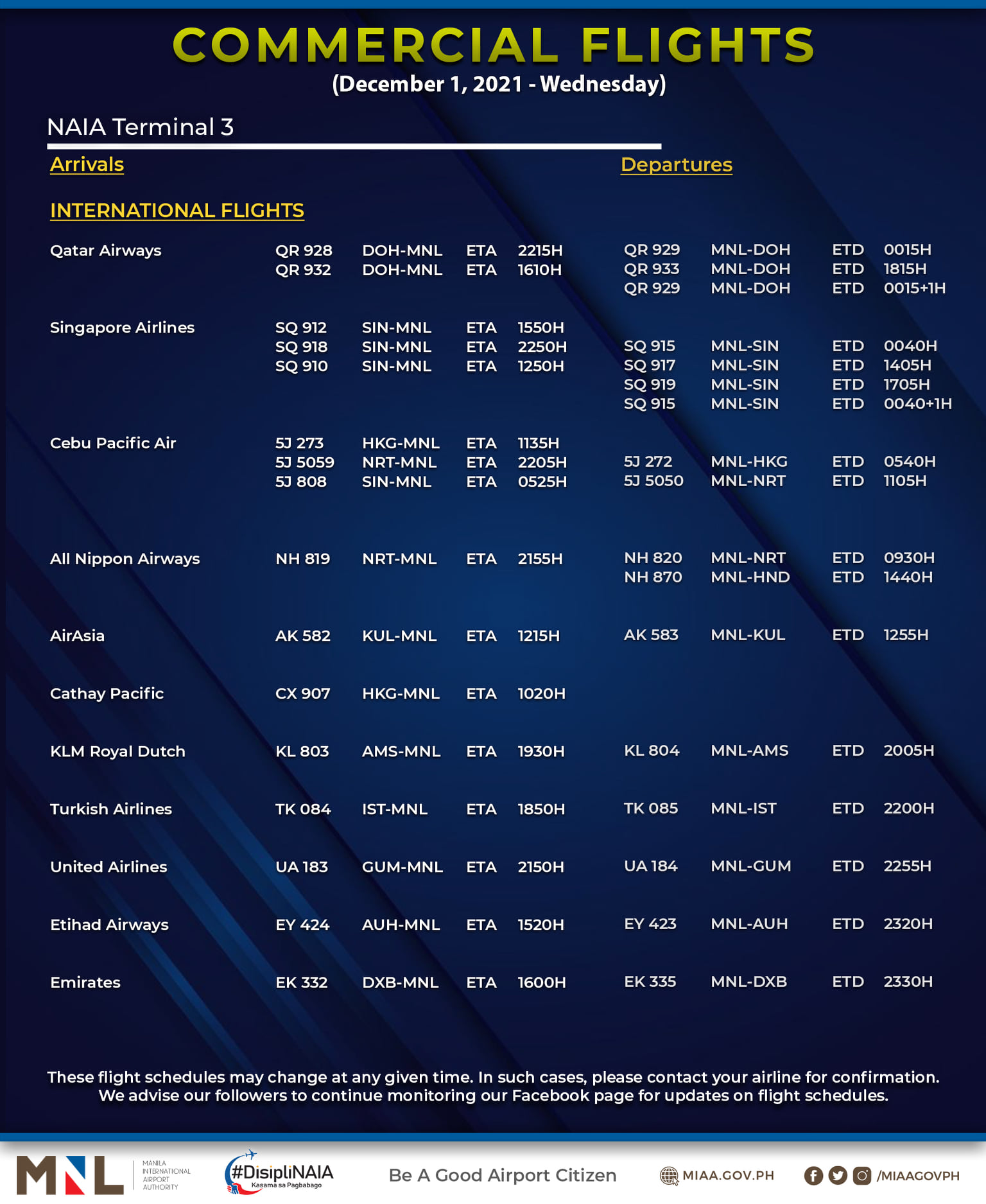 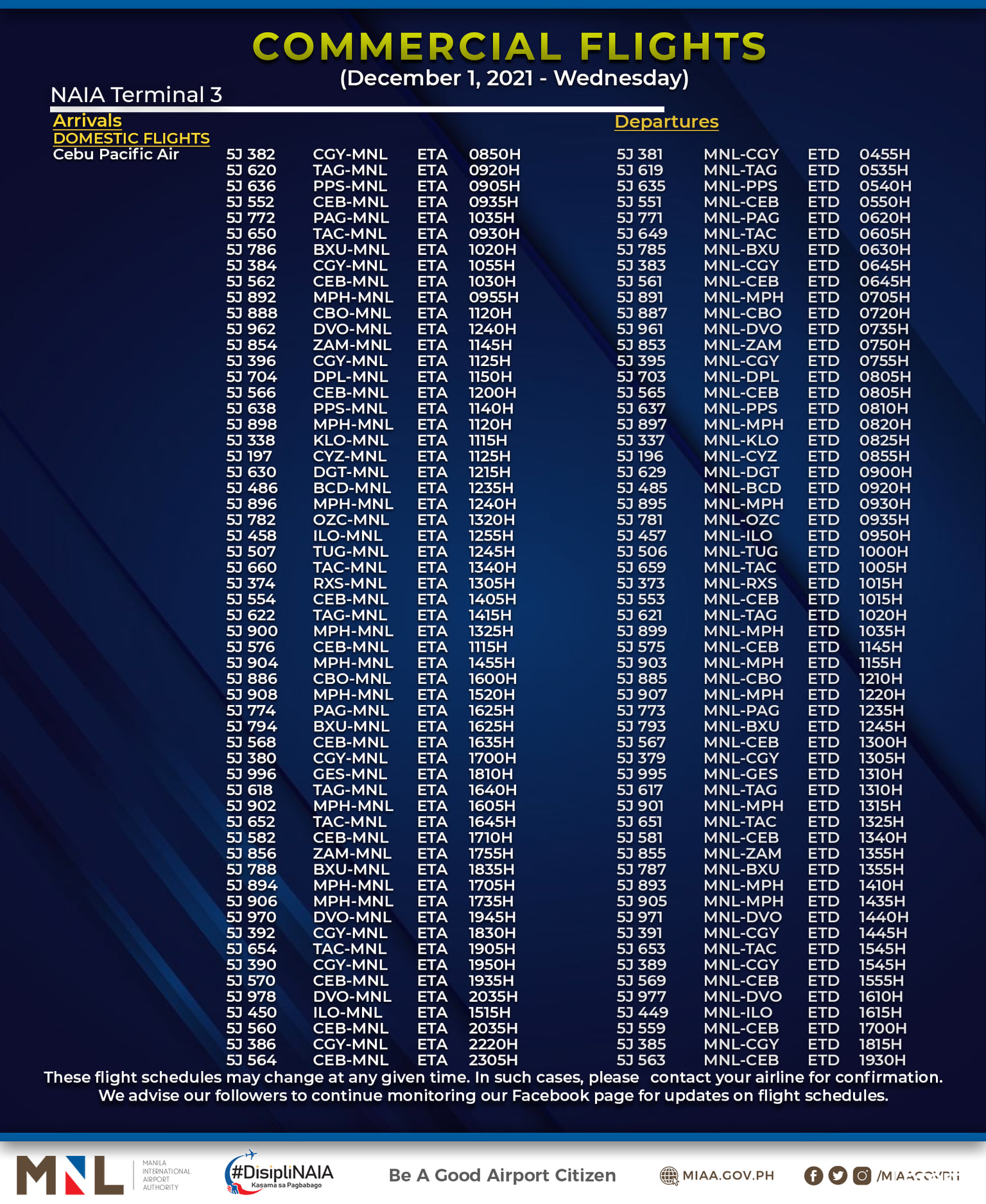 MIAA advised passengers to coordinate with the airlines prior to the scheduled travel as only those with the confirmation will be allowed entry into the airport.

The Philippines has suspended its resolution allowing fully-vaccinated foreigners from visa-free countries to enter the country.

The Philippines issued the suspension following reports of a new COVID-19 variant, Omicron, said to have more mutations, ten in particular, than Delta’s two and Beta’s three.

The variant has so far been found in Japan, Hong Kong, The Netherlands, Germany, South Africa, among others.