(Eagle News)–President Rodrigo Duterte’s family has released a picture of the chief executive, following  reports he had not been seen in public for a time.

In the picture released by Honeylet Avanceña, Duterte was seen posing with her and his youngest daughter Kitty. 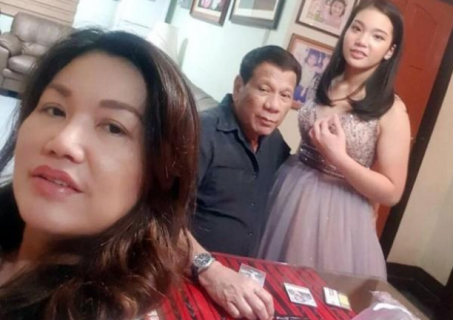 The Palace earlier said the President was fine but was very busy, and had to catch up on some paperwork.

It added the chief executive was not suffering from any medical condition.