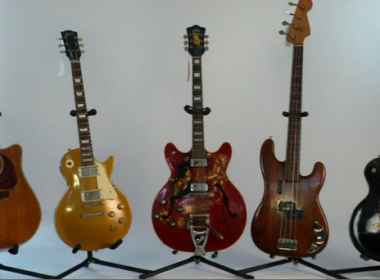 Guitar used by Jimi Hendrix to sell at auction alongside guitars once used by Springsteen, McCartney and Madonna

NEW YORK, United States (Reuters) — Guitars used by Jimi Hendrix, Paul McCartney, Bruce Springsteen and other celebrated musicians will soon hit the auction block in New York City. Guernsey’s auction house will hold its Music Legends’ Guitar auction on December 2 where more than 120 guitars and other instruments will be sold. Included in the sale is a red, sticker-covered Guild guitar that was used by Jimi Hendrix in 1968. “A pretty colorful guitar,” […] 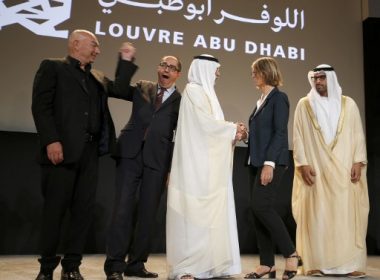 The Louvre Abu Dhabi, first of its kind

ABU DHABI, United Arab Emirates (AFP) — The Louvre Abu Dhabi, the first museum to bear the Louvre name outside France, presents around 600 pieces in a modern, light-filled structure in harmony with its desert-island setting. Flagged as “the first universal museum in the Arab world,” it sits on the low-lying Saadiyat Island, a developing tourism and culture hub 500 meters (1,600 feet) off the coast of the United Arab Emirates’ capital. It is the […] 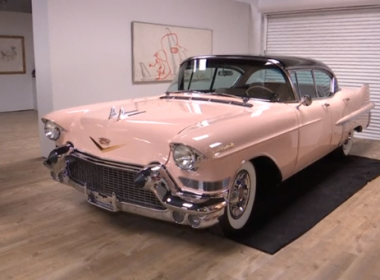 LOS ANGELES, United States (AFP) — A lineup of celebrity memorabilia and collectibles is hitting the auction block. GWS auctions has amassed a diverse collection which include big ticket items such as a pink Cadillac once by Elvis Presley to delicate pieces like Jackie O’s nightgown. The one theme all of the offerings have in common is that at one time they belonged to some of the 20th century’s biggest icons. One of the biggest […] 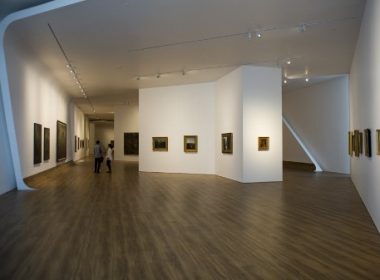 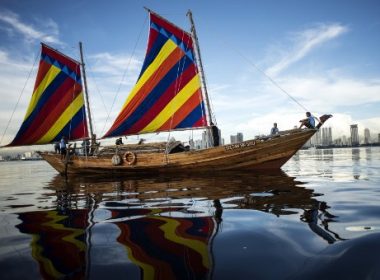 by Ayee Macaraig Agence France Presse MANILA, Philippines (AFP) — After conquering Mount Everest, Philippine adventurer Carina Dayondon is set to sail to China aboard a wooden replica of an ancient boat in the hopes of boosting national pride in a forgotten maritime prowess. Dayondon is planning to sail from Manila to southern China early next year, recreating trade and migration voyages made before Spaniards colonised the Philippines in the 1500s. “People tell me I […] 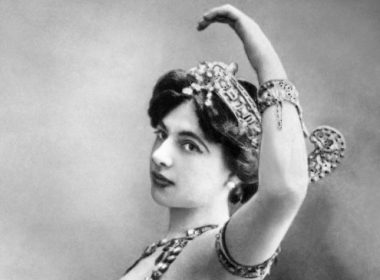 Dutch expo seeks to unveil the mystery of Mata Hari

by Charlotte Van Ouwerkerk Agence France-Presse LEEUWARDEN, Netherlands (AFP) — She scandalized society by dancing almost naked when women still wore corsets and their dresses long. Yet a century after her death, Mata Hari remains veiled in mystery. Now a Dutch museum in the Friesian town of her birth is seeking to shed new light on the exotic dancer, bringing together for the first time 150 objects, photos and military archives in the largest-ever exhibition […] 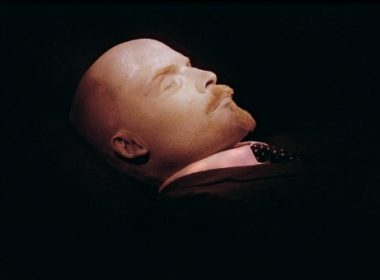 MOSCOW, Russia (AFP) — Almost 94 years after his death and a quarter century after the fall of the Soviet Union, Vladimir Lenin’s mummified body continues to be displayed in a mausoleum on Red Square in Moscow. Though the question of what to do about Lenin’s body comes up regularly in Russia, authorities have so far been reluctant to remove the corpse. Here is what you need to know about the body of the first […] 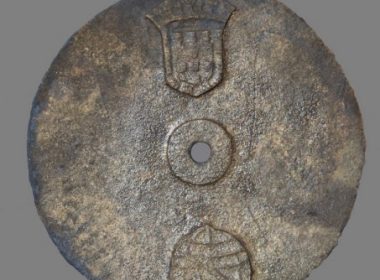 LONDON, United States (AFP) — A British-based shipwreck hunter said Tuesday a navigation tool he found that guided Portuguese explorers on a perilous voyage to India in the 16th century has been confirmed as the world’s oldest astrolabe. David Mearns found the bronze disc during a dive on a shipwreck off the coast of Oman in 2014 but said Warwick University had only recently confirmed what it was after laser scans revealed etches on it. […] 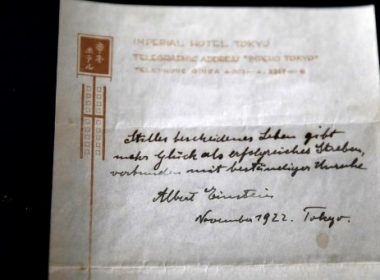 by Jonah Mandel Agence France Presse JERUSALEM, Israel (AFP) — A note that Albert Einstein gave to a courier in Tokyo briefly describing his theory on happy living sold at auction in Jerusalem on Tuesday for $1.56 million (1.33 million euros), the auction house said. The winning bid for the note far exceeded the pre-auction estimate of between $5,000 and $8,000, according to the website of Winner’s auction house. “It was an all-time record for […] 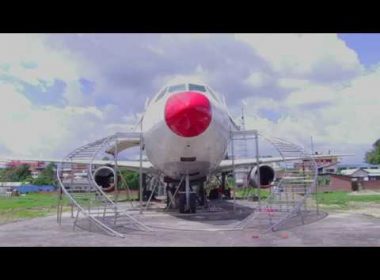 KATHMANDU, Nepal (AFP) — A Turkish Airlines plane that crash landed at Kathmandu airport two years ago will be welcoming ticket holders on board again — not for a flight but as the Nepali capital’s first aviation museum. The Airbus A330 was carrying 224 passengers when it skidded off the runway at Kathmandu’s airport in March 2015, coming to a stop with its nose buried in the grassy verge on the edge of the tarmac. […] 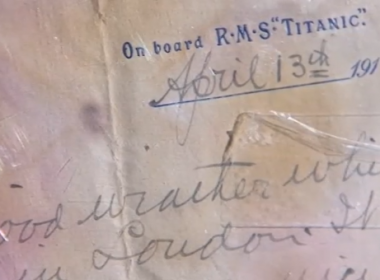 WILTSHIRE, United Kingdom (Reuters) — A personal letter found on the body of a man killed in the sinking of the Titanic sold at auction on Saturday (October 21) for 126,000 pounds ($166,000), a record price for correspondence from the doomed liner. The letter is one of the last known to have survived the sinking and still carries stains from its time in the Atlantic. Written by first-class passenger Alexander Oskar Holverson on embossed Titanic […] 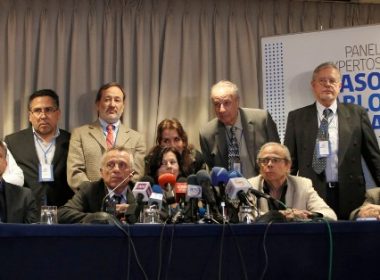 by Giovanna Fleitas Agence France-Presse SANTIAGO, Chile (AFP) — International experts announced Friday that Chilean Nobel laureate Pablo Neruda did not die of cancer, but could not conclusively determine if he was assassinated by late dictator Augusto Pinochet’s regime. Neruda, a celebrated poet, politician, diplomat and bohemian, died in 1973 aged 69, just days after Pinochet, then the head of the Chilean army, overthrew Socialist president Salvador Allende in a bloody coup. The writer, who […]