South Korean President Park Geun-hye has met with the relatives of passengers still missing after last month’s ferry disaster. The death toll has reached 244, with divers still searching for another 58 victims.   Park reiterated a pledge to hold anyone found culpable for the disaster to account as she visited the victims’ families for the second time. “Anyone responsible for the accident and criminally at fault will be sternly punished,” Park told the relatives, […]

(Reuters) – At least 42 people were killed in a street battle between supporters and opponents of Russia in southern Ukraine that ended with dozens of pro-Russian protesters incinerated in a burning building, bringing the country closer to war. Pro-Russian rebels in the east freed seven European military observers on Saturday after holding them hostage for eight days, while Kiev pressed on with its biggest military operation so far to reclaim rebel-held territory in the […]

A video footage showing the final minutes of ferry passengers before the South Korean ship sunk was released.

Preliminary reports regarding the missing Malaysia Airlines flight were released but instead of details about the whereabouts of the missing flight, the report is a summary of information that were already released prior to the report.

UNESCO has warned Australia that it could place the Great Barrier Reef on the World Heritage in Danger List. This follows the approval of a plan to dump dredge waste nearby. The United Nations Educational, Scientific and Cultural Organization (UNESCO) said in a report released by its Paris headquarters on Thursday that it had recommended that the marine park of the Australian coast be considered for inclusion on the danger list. The report said UNESCO […]

(Reuters) – Russia staged a huge May Day parade on Moscow’s Red Square for the first time since the Soviet era on Thursday, with workers holding banners proclaiming support for President Vladimir Putin after the seizure of territory from neighboringUkraine. Thousands of trade unionists marched with Russian flags and flags of Putin’s ruling United Russia party onto the giant square beneath the Kremlin walls, past the red granite mausoleum of Soviet state founder Vladimir Lenin. Many banners displayed traditional […] 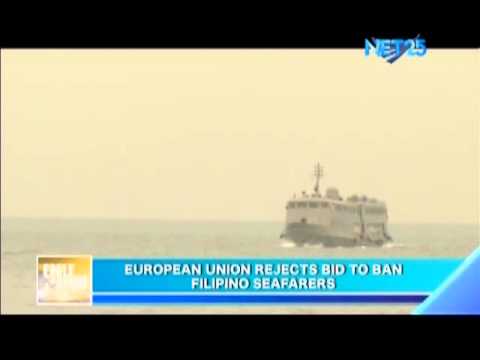 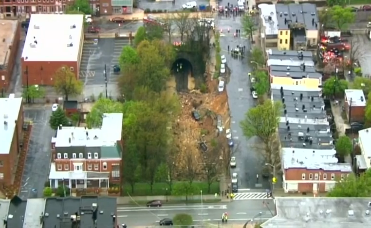 (Reuters) — A giant sinkhole opened on a rain-soaked street in Baltimore, Maryland on Wednesday (April 30). The large crater swallowed up part of a street and several parked cars and buried train tracks under a pile of rubble. According to local media, witnesses said the ground shook as the sinkhole expanded and it sounded like the rumble of a train. There were no reports of injuries. Officials have urged residents to stay away from the area. 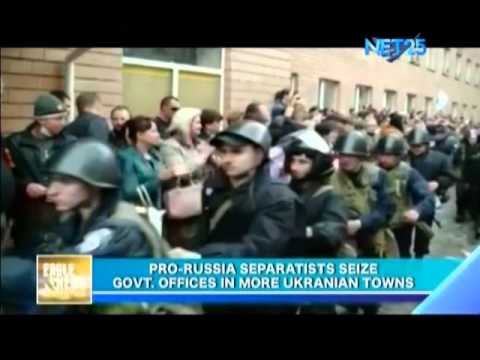 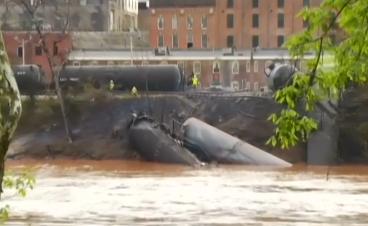 (Reuters) — A CSX Corp train carrying crude oil derailed and burst into flames in downtown Lynchburg, Virginia on Wednesday (April 30), spilling oil into the James River and forcing the evacuation of hundreds. CSX said 15 cars derailed at 2:30 p.m. EDT on a train traveling from Chicago to Virginia. Photos and video footage from the scene showed high flames and a large plume of black smoke. Officials said there were no injuries, but some 300 to 350 people in […] 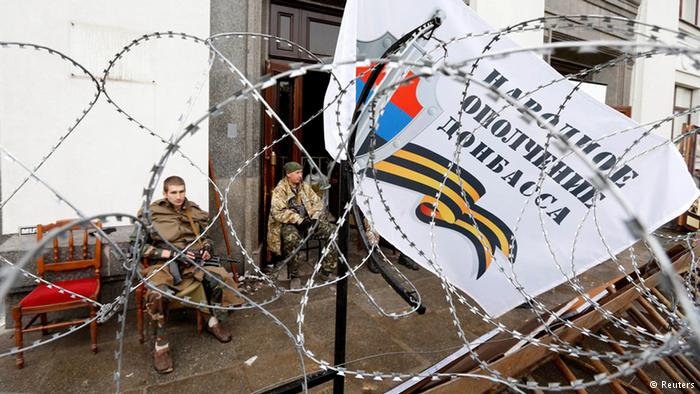 Ukraine’s military is “on full combat alert” against a possible Russian invasion, acting President Oleksandr Turchynov has said. His comments came after pro-Russian gunmen seized more buildings in the country’s east. Speaking to a ministerial meeting on Wednesday in Kyiv, interim President Turchynov said, “Our armed forces are on full combat alert,” adding that “the threat of Russia starting a war against mainland Ukraine is real.” Ukraine’s defense forces have been on high alert for […] 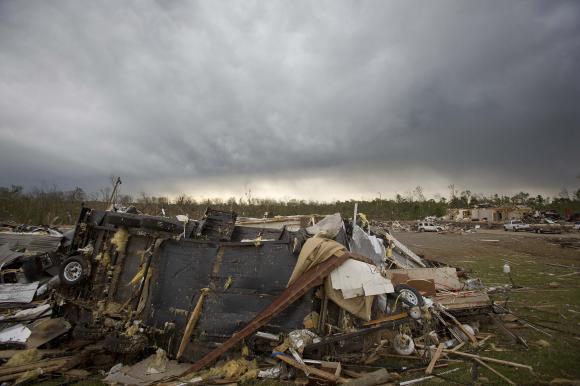 (Reuters) – At least 34 people across six states were killed in tornadoes unleashed by a ferocious storm system that razed neighborhoods and threatened more destruction in heavily populated parts of the U.S. South on Tuesday. In Arkansas and Mississippi, the hardest hit states, there have been 27 confirmed storm-related deaths and more than 200 people injured over the last three days as tornadoes reduced homes to splinters, snapped trees like twigs and sent trucks […]