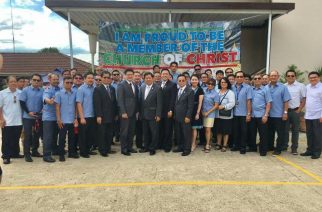 By Emmi Capili-Taroja EBC Australia Bureau NORTH Brisbane, Australia – 05 February 2017 – The members of the Society of Communicators and Networkers (SCAN) in Eastern Australia, together with their family members, convened in a special gathering and listened to the special message of the Iglesia Ni Cristo (Church of Christ) Executive Minister, Bro. Eduardo V. Manalo, in line with the SCAN organization’s 28th founding anniversary. The event was simulcast in various locales and […] 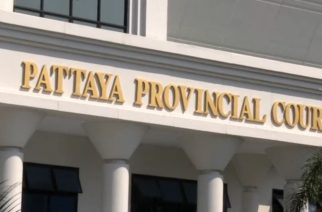 (Reuters) — Thailand’s Pattaya Provincial Court on Tuesday (February 7) handed down a death sentence to Australian national Antonio Bagnato for the murder of a former Hells Angels member over a year ago. A 22-year-old U.S. national, Tyler Gerard, was also given a three-year jail sentence for being an accomplice to the crime, but his sentence was later lowered to two years as he cooperated with the investigation and provided useful information, according to […] by Barry PARKER Agence France Presse SYDNEY, Australia (AFP) — Australia on Friday was scrambling to come to terms with the realization that decades as one of the closest of US allies may count for little in the “America First” vision of President Donald Trump. Australia has fought alongside the United States in most major conflicts since World War II, including Korea, Vietnam, the Gulf War, Afghanistan and Iraq, and the current campaign against the […] 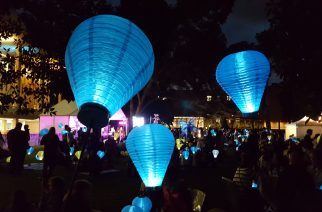 DIGITAL NEST | Melbourne, Australia As darkness envelops Melbourne, White Night had transformed the city’s landmarks into dazzling spectacles of art. On February 2016, our EBC Australian Bureau was able to be apart of the “Light Up the Night” fundraising event. Money raised at Light the Night gives families the emotional and practical support they need, and fund research to help more Australians survive leukaemia, lymphoma and myeloma and improve their quality of life. More […] 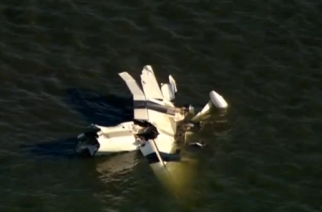 PERTH, Australia (Reuters) — A light plane crashed into Perth’s Swan River on Thursday (January 26) killing the pilot and passenger on board during Australia Day celebrations. Thousands had gathered to watch the annual SkyShow and fireworks display when they witnessed the plane crashing into the water. “He just came in too steep, banked, hard left and that was it. The left wing caught the water and the plane hit the water and snapped in […] 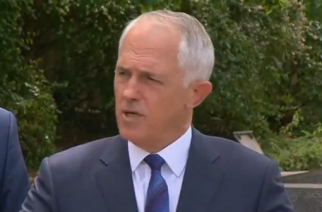 CANBERRA, Australia (Reuters) — Asian TPP nations announced on Tuesday (January 24) they were looking for ways to save the multi-country trade pact in the wake of U.S. President Donald Trump’s decision to pull his country out of it. Fulfilling a campaign pledge Trump signed an executive order in the Oval Office on Monday (January 23) pulling the United States out of the 2015 TPP agreement and distancing the United States from its Asian allies. […] 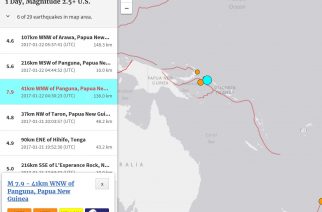 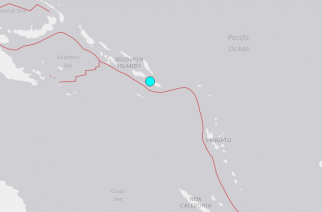 SYDNEY, Australia (AFP) — A 6.8-magnitude earthquake hit Friday off the Solomon Islands, the US Geological Survey said, in the same region where several large tremors struck last month. The quake struck at 10:04 am local time (2304 GMT) at a depth of 33 kilometres (20 miles) some 70 kilometres west of Kirakira, the USGS said. No tsunami warning was issued. Three strong tremors were felt off Kirakira in December, although there were no reports […] 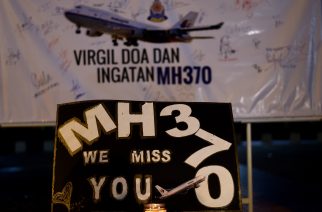 Australia on the defensive offers hope of new MH370 hunt

MELBOURNE, Australia (AFP) — Australia’s transport minister Wednesday defended the suspension of the undersea search for MH370, after relatives of passengers slammed the decision, and added that it could resume if “credible new evidence” emerges. Australia, Malaysia and China — where most of the 239 on board the missing Malaysia Airlines jet lived — on Tuesday pulled the plug on the massive operation in the southern Indian Ocean almost three years since the plane vanished on March […] Sydney, Australia (AFP)  — Japan and Australia will work together to ensure the Trans-Pacific Partnership free trade deal comes into force, Prime Minister Shinzo Abe said Saturday, making no mention of strong US opposition. After talks with Australian Prime Minister Malcolm Turnbull, Abe took the lead on the trade pact covering 12 Pacific Rim nations that was ratified by Japan’s parliament last month. “We agreed that we should demonstrate anew to the world the importance of free […] SYDNEY, Australia (AFP) — A shallow 7.2-magnitude earthquake struck off the coast of Fiji on Wednesday, the US Geological Survey said, triggering a local tsunami warning. The quake hit at a depth of 15 kilometers (9.3 miles) some 221 kilometers from Nadi and 283 kilometers from the Fijian capital Suva. “Hazardous tsunami waves from this earthquake are possible within 300 kilometers of the epicenter along the coasts of Fiji,” the Pacific Tsunami Warning Center said, […]

SYDNEY, AUSTRALIA (Reuters) — A major security operation was underway in Sydney on Saturday (December 31) with more than 2000 police patrolling harbor side locations following recent counter-terrorism raids. Australian counter-terror officers arrested a 40-year-old man at Sydney Airport on Thursday (29 December) and charged him with making online threats “relating to New Year’s Eve” festivities in Sydney The arrest follows police raids across the southern city of Melbourne a week ago, which authorities said foiled […]