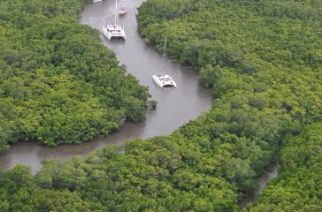 Sydney, Australia (AFP) — Australians are bracing for the worst cyclone in the country’s northeast in several years, with residents evacuated and schools closed amid forecasts of destructive winds and rain. Cyclone Debbie has been forming off the coast of Queensland state in recent days, the official Bureau of Meteorology said Sunday, with its “very destructive core” expected to hit land early Tuesday morning. “The very destructive core of Tropical Cyclone Debbie is currently expected to […] 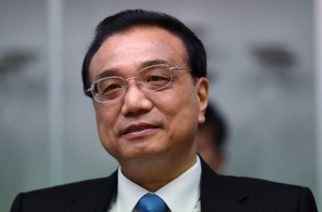 SYDNEY, Australia (AFP) — China is not militarizing the disputed South China Sea, the country’s premier insisted in Australia on Friday, claiming defence equipment Beijing has installed on artificial islands is “primarily” for civilian use. The sea is a source of growing regional tension, with Beijing insisting it has sovereignty over virtually all the resource-rich waters, which are also claimed in part by a handful of other countries, and deemed international waters by most of […] 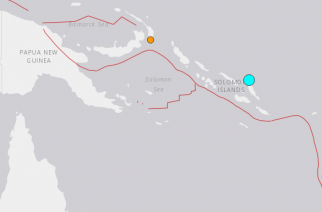 HONG KONG, China (AFP) — A 6.0-magnitude earthquake hit off the Solomon Islands in the early hours of Monday, the US Geological Survey said. The quake struck at 02:43 am local time (1543 GMT Sunday) at a depth of 4.0 kilometres (2.5 miles), some 170 kilometres north-northeast of the capital city Honiara, the USGS said. No tsunami warning was issued. The Solomon Islands are part of the Pacific “Ring of Fire”, a zone of tectonic […] 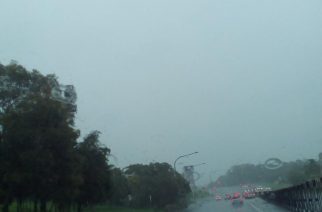 By Ana Divina Watson EBC Australia Bureau NEW South Wales, Australia  (Eagle News) – New South Wales  continued to be battered by wild weather. The rain that started on Sunday persisted during the week, varying in intensity. By Wednesday, the water increased in the northern part of the state. A number of people had to be rescued after driving through flood waters. In the Illawarra and the south coast of NSW, residents woke to […] 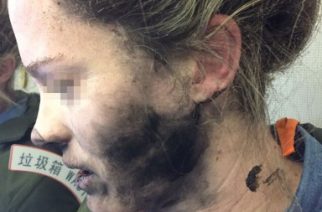 SYDNEY, Australia (AFP) — A woman suffered burns to her face and hands after her headphones caught fire during a flight to Australia, officials said Wednesday as they warned about the dangers of battery-operated devices on planes. The passenger was listening to music on her own battery-operated headphones as she dozed on the flight from Beijing to Melbourne on February 19 when there was a loud explosion. “As I went to turn around I felt […] 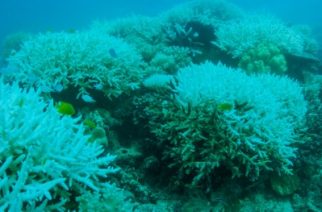 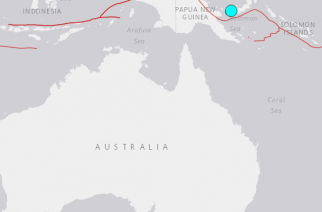 SYDNEY, Australia (AFP) — A 6.5-magnitude earthquake struck off Papua New Guinea on Monday, officials said, but no Pacific-wide tsunami warning was issued. The tremor hit at a depth of 28 kilometres (17 miles) near sparsely populated New Britain island, 450 kilometres northeast of the capital Port Moresby, the United States Geological Survey said. The Hawaii-based Pacific Tsunami Warning Center ruled out a widespread tsunami. “Based on all available data, a destructive Pacific-wide tsunami is […] 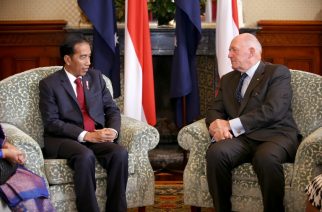 SYDNEY, Australia (AFP) — Australia and Indonesia announced the full restoration of military ties Sunday as the countries’ leaders held talks following a brief spat over teaching material deemed offensive to Jakarta. Indonesia had reported the suspension of all military cooperation with Australia from December before clarifying that only language training had been put on hold. Prime Minister Malcolm Turnbull said after two hours of talks that he and Indonesian President Joko Widodo had […] 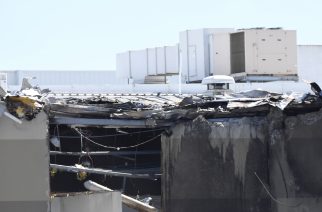 MELBOURNE, Australia (AFP) — A light aircraft exploded Tuesday in a “massive fireball” with police saying none of the five people aboard survived as it smashed into a shopping center near the Australian city of Melbourne. The Beechcraft plane veered just after take-off into the shopping center, that was still closed, next to Essendon Fields airport. “Five on the aircraft and looks like no-one has survived the crash,” said Victoria police assistant commissioner Stephen Leane. […] 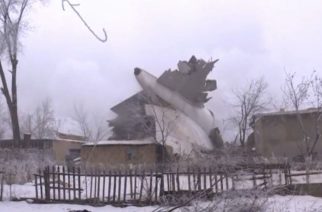 MELBOURNE, Australia (AFP) — Several people died aboard a light aircraft that smashed into a shopping center near the Australian city of Melbourne, the state premier said. “A number of people have died as a result of what is the worst civil aviation accident that our state has seen for 30 years,” Victoria  premier Daniel Andrews said. The Beechcraft private charter veered just after take-off into the shopping center, which had yet to open, next to Essendon Fields airport, […] 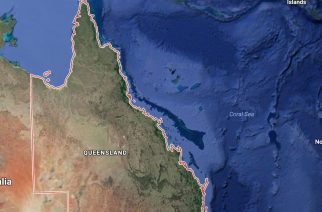 Storms in Queensland after record-breaking heatwaves

By Rheamae David and Emmi B. Capili-Tarroja EBC Australia Bureau QUEENSLAND, Australia (Eagle News) – Following the record-breaking heatwaves across Australia, Queensland experienced storms around the south-east regions of the state early this week The first signs of the storm were seen on Monday afternoon when the rain started to set in following the drop in temperatures to 14 degrees Celsius. Queensland had past experiences of storms, tornadoes and floods, thus urging the state […] 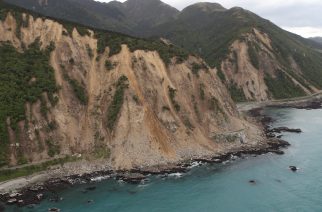 WELLINGTON, New Zealand (AFP) — New Zealand sits atop a previously unknown continent — mostly submerged beneath the South Pacific — that should be recognized with the name Zealandia, scientists said Friday. Researchers said Zealandia was a distinct geological entity and met all the criteria applied to Earth’s seven other continents — elevation above the surrounding area, distinctive geology, a well-defined area and a crust much thicker than that found on the ocean floor. In […]