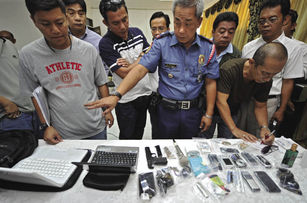 MANILA, April 23 (PIA) — The Department of Foreign Affairs (DFA) warns the public of a possible scam using professional social networking sites to steal money from unsuspecting individuals. The Philippine Embassy in Abu Dhabi obtained information that some Filipino nationals received messages sent through certain professional social networking sites regarding a compensation package from an organization called “Middle East Compensation Package”.  The recipients were instructed to make arrangements with the paying bank for the release of […]

EU issues a green card to the Philippines on illegal fishing

The European Union has revoked the warning yellow card issued to the Philippines in June 2014 regarding measures to fight illegal fishing. The EU acknowledges Philippines’ efforts to partner up with us in fighting illegal, unreported and unregulated fishing. Since an official dialogue started, the Philippines embarked on a series of reforms to upgrade its fisheries governance and successfully aligned it to international law. Achievements made by the Philippines include the adoption of a new […]

SAMAR – As part of their continued commitment,  the European Union and the Philippines Red Cross will officially hand over 2,000 temporary core shelters to families affected by Typhoon Yolanda in Samar today, 22 April. Another 1,000 families were given shelter repair assistance. In 2013, 22 million people worldwide were displaced by natural disasters – three times as many as war refugees. 4.1 million of them were Filipinos affected by typhoon Yolanda. The number of […] 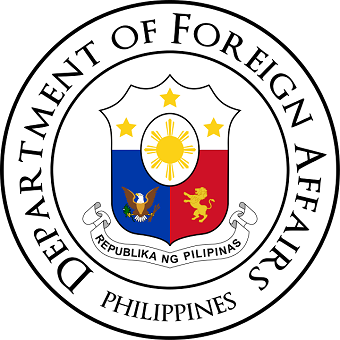 MANILA, April 17 – The Department of Foreign Affairs (DFA) cautions Overseas Filipino Workers (OFWs) in the United Arab Emirates (UAE) and in other Gulf Cooperation Council (GCC) member countries against submitting fake or fraudulent credentials to get hired, regularized or promoted, in view of the increasing number of Filipinos charged and/or detained for falsification of documents. DFA said the falsification cases handled by the Embassies in the GCC member countries include submission of fake documents […]

Manila, Philippines (Eagle News Service) – The British Council is offering a free online course to anyone interested to take the IELTS test (International English Language Testing System) as this course will help anyone learning English, especially those preparing for the IELTS. Each week will focus on a component of the IELTS test (Listening, Reading, Writing and Speaking) and include exercises to check you’re on track with the four English skills. As the course takes you through […]

Fulfill your educational dreams with the IELTS Prize 2015

Get the chance to study in your dream school whether in or outside the Philippines and gain further experience when you apply for this year’s International English Language Testing System (IELTS) Prize awarded by the British Council. The IELTS Prize is granted to students who are planning to attend an undergraduate or postgraduate program locally or overseas. The IELTS has two awards for this year – the Local Prize and the Grand Prize. For the Local Prize, five students […]

The government of Japan turned over emergency vehicles (two pumper trcks) to the Government of the Philippines at two ceremonies held on April 8, 2015 in the municipality of Hinoba-an and in the city of Sipalay in the Province of Negros Occidental for the Japan-funded Emergency Vehicles for Typhoon Yolanda Affected Areas under the Grant Assistance for Grassroots Human Security Projects (GGP). The two ceremonies were attended by third secretary of the Embassy of Japan, […]

Typhoon Yolanda became the turning point in the climate change agenda as many of our kababayans have been adversely affected by its devastation. To address this need to adapt to the effects of climate change, the Philippine government had stepped up its efforts for public awareness and disaster risk mitigation through the Climate Change Commission. Sec. Lucille Sering, Climate Change Commission Vice Chairperson, said that the results-based monitoring system that they had implemented not only provided […] 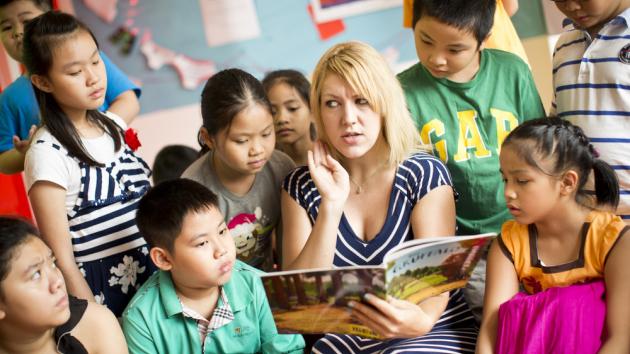 The British Council Philippines has announced a partnership with VSO Bahaginan to bring volunteers from the United Kingdom to the Philippines to provide classroom support to English teachers in local schools. The new scheme, targeted at current university students or recent graduates in the UK, will help children in selected schools to gain international exposure and to develop more confidence in the English language. The programme will place the UK students into partner schools for eight […] 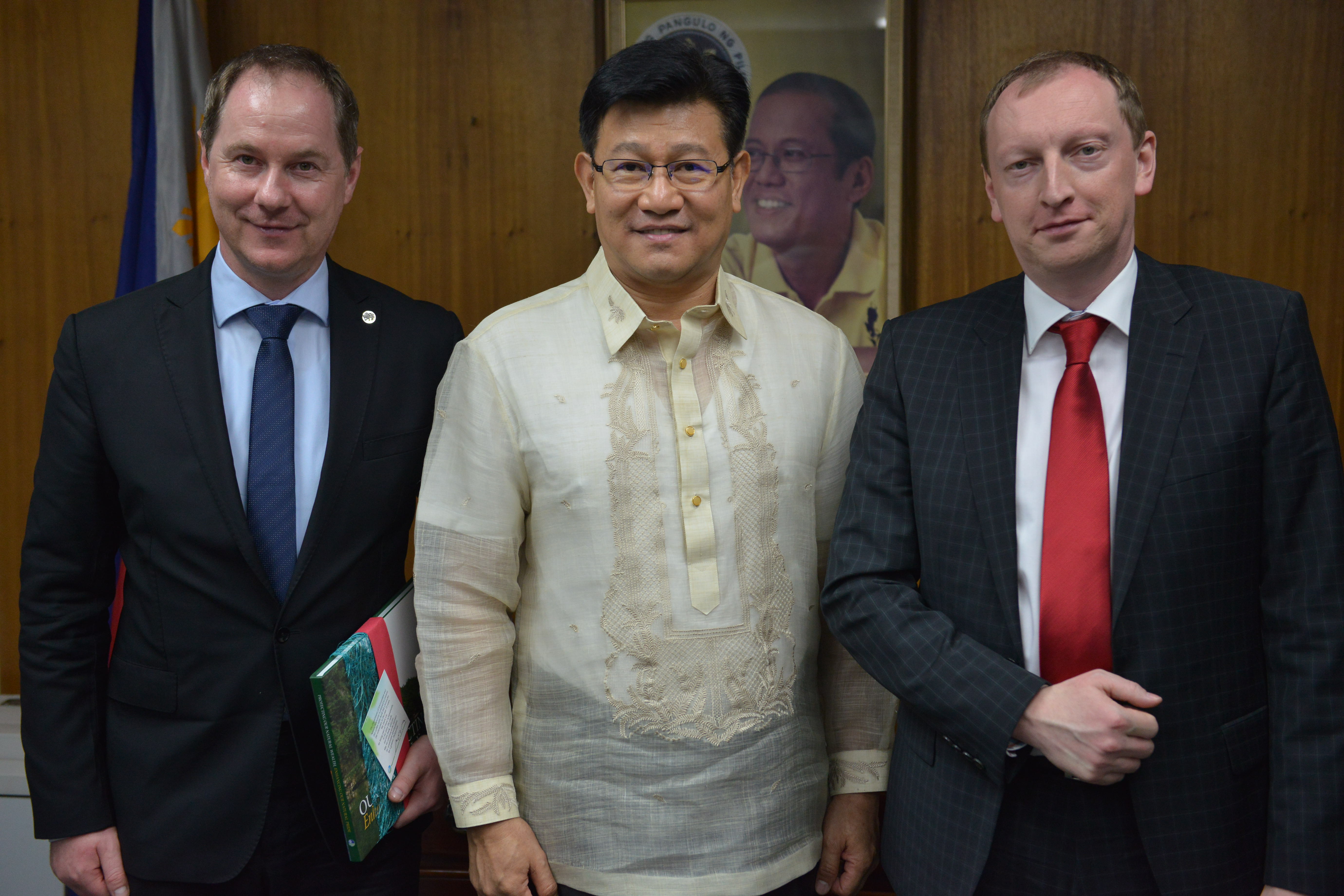 “Czechs to further support endangered species protection in the Philippines”

Following the working  visit of the Czech Parliament’s Committee of Environment to the Philippines early this month, Committee Chairman Robin Böhnisch confirmed further Czech support for the protection and preservation of endemic species in the country. During the Committee’s meeting with Department of Environment and Natural Resources Secretary Ramon Paje on March 17, Böhnisch especially noted that„as the Philippines is an important global hotspot for biodiversity, we are committed to supporting endangered species conservation here.“ […] 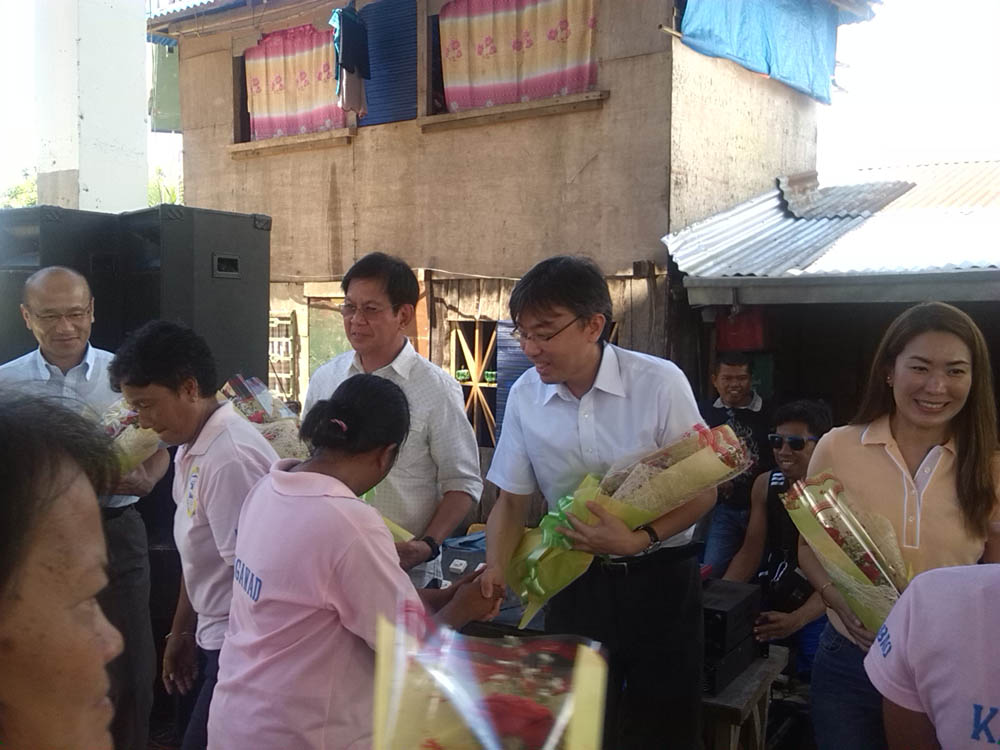 The Government of Japan turned over the submersible fish cages and reconstructed provincial health office to the Government of the Philippines in ceremonies held on March 24, 2015 in Municipalities of Basey, Samar and Palo, Leyte in relation to the Japan-funded Quick Impact Projects under Urgent Development Study on the Project on Rehabilitation and Recovery from Typhoon Yolanda, the total cost of which is 1 billion yen.  The ceremony was attended by Mr. Hiroyuki Uchida, […] 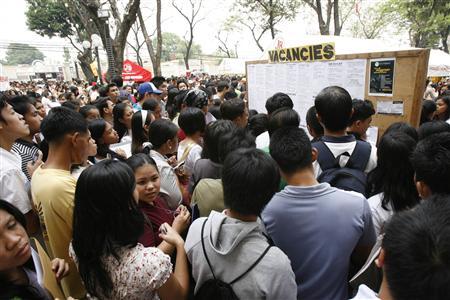