QUEZON City, Philippines (Eagle News Service, May 25) – Steeped in history, Bulacan is proud of its varied contributions to the Philippines. Many are the historical events that occurred within the confines of this province.

Bulacan is one of the first provinces to revolt against Spanish rule. As such it was given an honor as one of the eight rays of the sun in the Philippine flag.

Serving as the capital city of Bulacan, Malolos hosted the 1898 constitutional convention that gave birth to the First Philippine Republic – the first constitutional republic in Asia. 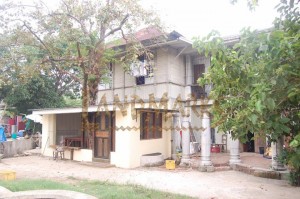 The National Historical Institute had a field day in Bulacan, naming and recognizing various sites as historical landmarks.

Of course, Bulacan, ever-proud of its heritage, has many museums dedicated to preserving their multiple contributions to the history of the Philippines.

Bulacan is also the home of many well-known cottage industries like making colorful straw hats and delicious sun dried-fish.

So next time you want to have journey through history, Bulacan is just minutes away from the metro!