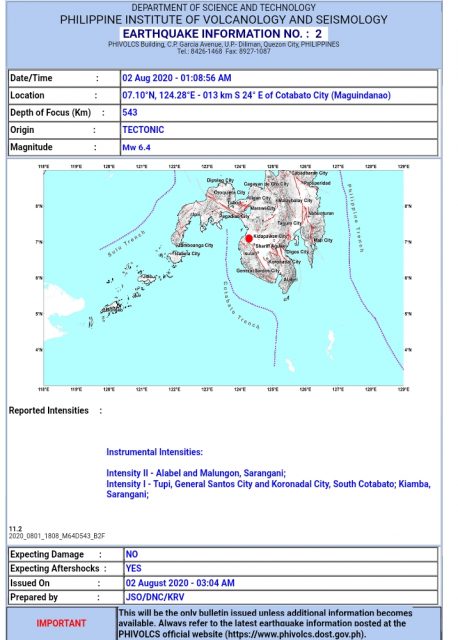 The Philippine Institute of Volcanology and Seismology said the quake, which hit at 1:08 a.m, had its epicenter 13 kilometers southeast of Cotabato City.

The following instrumental intensities were reported:

No damage to property was recorded but aftershocks were.