QUEZON City, Philippines (June 16) – The subject of mixed opinions and sparking much debate, the issue of the government’s proposition to lower the age of criminal liability in the Philippines from 15 years old to 9 years old is one of the most important proposals by the Duterte administration. Basically, the question boils down to: “Should kids as young as 9 years old be held accountable for their actions?”

Many parents would agree that their child must be raised in a disciplined environment where they will be taught how to be accountable for their actions. At the same time, many also are of the view that children committing a wrong should be held with the same standards as adults.

Even if criminals are using children to commit their unlawful deeds, it is not reason enough to send nine-year-olds to jail. At such a tender age, many do not have the necessary discernment to tell what’s right or wrong. At the very least, it is the parents who should be charged because instead of guiding their kids, they neglect their parental duties, giving criminals the opportunity to exploit the children for their nefarious deeds.

Children in their formative years are easily influenced by their surroundings. Being arrested and accused of committing a crime can be detrimental to their development. A more systematic process should be done first instead of sending them to jail or bringing them directly to social welfare groups.

We all know that in the Philippines the problems of poverty remain unsolved, which is one reason why some crimes are being committed. The aim of our government should be to create a progressive system that will help children transform their lives for the better, instead of locking them up inside a jail.

Instead of generalizing the consequences for the crimes committed by all juvenile offenders, the government should take into consideration the gravity of the offense in deciding what punishment is needed. Children below the age of 12 should be exempted from  criminal liability, for these children do not actually understand what is going on and  are still in need of proper guidance. However, they should be under strict and close watch by their parents in order for them to realize their mistakes. If the count of these minor offenses increases to a certain number, they shall be taken into custody by the social welfare group assigned by the government. Meanwhile, those who are considered as adolescents, children aged 13-17, shall be taken automatically in the custody of social welfare groups since the legal age here in the Philippines is 18 years old. Now, the aim of the social welfare groups should be to create more programs and seminars that will shape the morality and development of the child.

Children should be living their lives exercising their rights to freedom, education, and happiness under the care of their parents. By penalizing children who have been exploited by criminal syndicates instead of the adults who abused them, we are not upholding the rights and well-being of the children. If we do not understand the reasons for their crimes, we will fail to come to their aid. 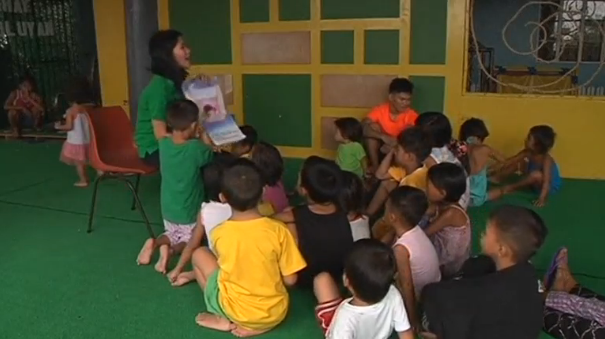