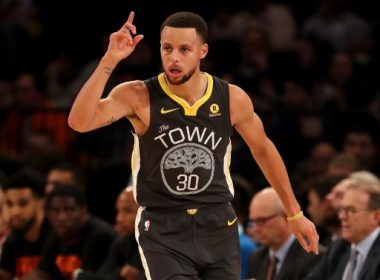 (Eagle News) — NBA star Steph Curry will grace the opening ceremonies of UAAP Season 81. National University, one of the participating teams, said in a Tweet that the Golden State Warriors player would drop by the Mall of Asia Arena, where the ceremonies will be held, to “inspire UAAP athletes and sports fans.” Curry arrived in Manila late Thursday. He is in the country as part of his Asian tour to promote his basketball […]

(Eagle News) — Several lawmakers in the House of Representatives have filed a resolution seeking for the naturalization of PBA import Justin Brownlee. In filing House Bill No. 8106, 1Pacman Party List Rep. Mikee Romero, vice chairman of the House Committee on Sports;  Reps. Enrico Pineda; Erico Aristotle Aumentado; and Scott Davies Lanete said Brownlee “has brought enormous pride and joy to the Philippine Basketball Association as well as to all basketball enthusiasts in the country.” […] 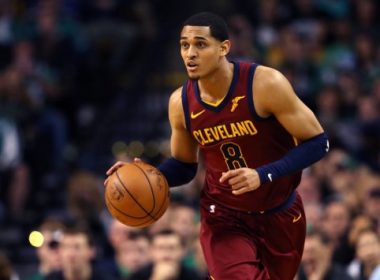 MANILA, Philippines (AFP) — A Philippines bid to have Cleveland Cavaliers shooting guard Jordan Clarkson play for their Asian Games team has been dashed after the National Basketball Association refused to release him. Clarkson, who appeared off the bench in two 2018 NBA finals games against repeat champions Golden State Warriors, was included by the basketball-crazy Asian nation in their squad last week as they tried to get his paperwork done on time. However, the […] 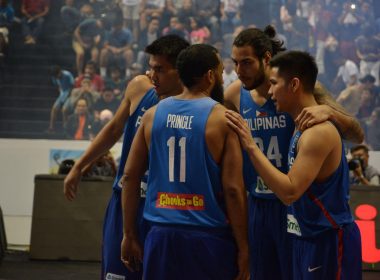 (Eagle News)—The Samahang Basketbol ng Pilipinas is sending a Philippine team to the Asian Games after all. SBP and Philippine Basketball Association officials confirmed this in a press conference over the weekend. In a statement, Special Assistant to the President Bong Go said the decision was the result of his talks with the PBA and SBP “na kapwa naman maluwag na kinonsidera ang gusto natin na magpadala ng koponan sa nasabing palaro.” “Sayang po kasi […] 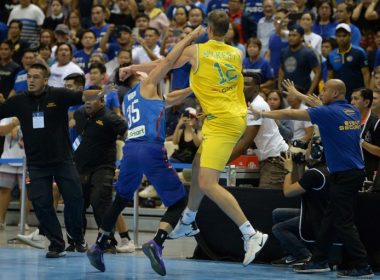 Philippines pulls out of Asian Games in row over brawl

MANILA, Philippines (AFP) — The Philippines national basketball team said Friday it has pulled out of the Asian Games as it prepares to appeal sanctions handed down over a nasty on-court brawl with Australia at a World Cup qualifier. Basketball’s governing body FIBA suspended 10 players and two coaches from the Philippines national squad over the melee, which saw players and fans exchanging wild punches and flying kicks at the July 2 match in Manila. […] 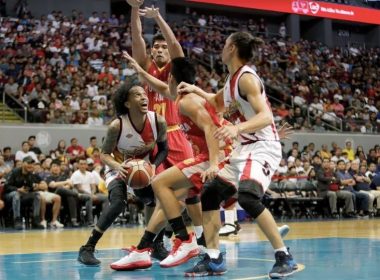 By Vivem Soriano Eagle News Service The San Miguel Beermen are looking to defend their crown and continue their quest for a rare grand slam as they are set to battle sister team and long-time rivals Barangay Ginebra Gin Kings in Game 1 of the 2018 PBA Commissioner’s Cup at the Araneta Colisuem tonight at 7:00 p.m. SMB will be banking on their towering center and 4-time defending PBA Most Valuable Player June Mar Fajardo. […] 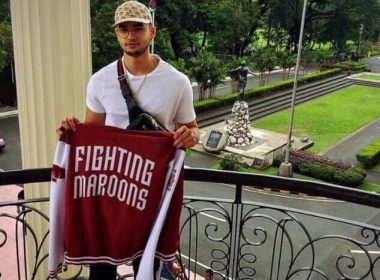 (Eagle News) — Kobe Paras is now officially a University of the Philippines Fighting Maroon. The men’s basketball team tagged Paras in a Tweet with the message “Welcome home.” In a Twitter post on Wednesday, July 11, Paras said: “Moves had to be made.” Paras joined the team after La Salle Green Archer Ricci Rivero made the same move. Paras’ father, Benjie Paras, led the Maroons to their first UAAP title in 1986. 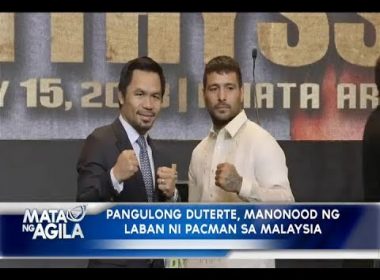 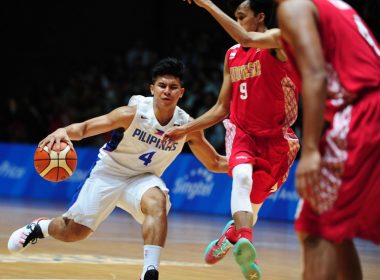 (Eagle News) — Kiefer Ravena was suspended for 18 months by FIBA after testing positive for prohibited substances. Samahan ng Basketbol ng Pilipinas said on Monday, May 28, that Ravena  failed a drug test conducted by the organization in February, during a World Cup qualifying window. According to SBP President Al Panlilio, Ravena tested positive for 4-methylhexan-2-amine (methylhexaneamine), 1,3-dimethylbutylamine (DMBA), and higenamine — substances on the 2018 WADA List of Prohibited Substances and Methods. Ravena […] 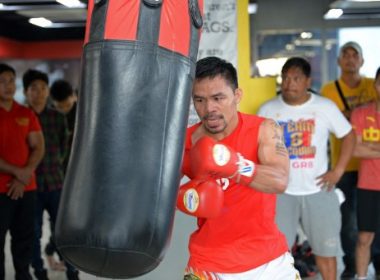 Pacquiao says Matthysse bout to be ‘basis’ for retirement call

MANILA, Philippines (AFP) — Philippine boxing legend Manny Pacquiao says the outcome of his July bout against Argentine Lucas Matthysse will likely determine whether he will hang up his gloves after a storied career. After a one-year hiatus from the ring, the 39-year-old has started training two weeks earlier than usual to bring himself up to peak fighting condition. “I am not saying it will be the last, but it will be the basis for (me) […] 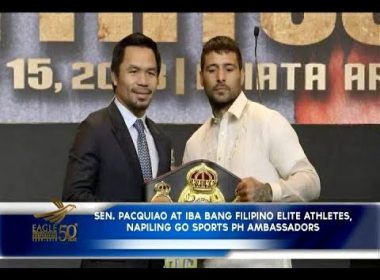 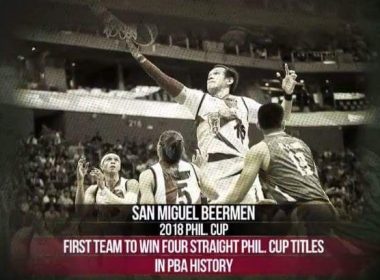