(Reuters) – Mexico goalkeeper Guillermo Ochoa produced a heroic performance in a 0-0 draw with Brazil and his Russian counterpart Igor Akinfeev was the villain in a 1-1 draw with South Korea as the World Cup produced more drama on Tuesday. While Ochoa kept Brazil at bay, the hapless Akinfeev was left to bury his head in his hands after he allowed Lee Keun-ho’s straightforward shot from 25 meters to slip through his grasp. Algeria […] 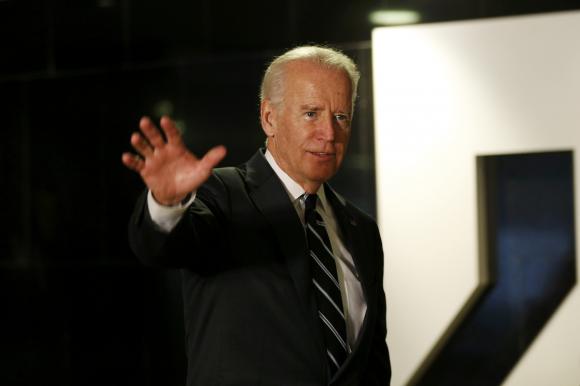 (Reuters) – U.S. Vice President Joe Biden might not have resolved a diplomatic spat with Brazil over American espionage, but he got a kick out of seeing the United States soccer team win their first World Cup game. “Watching the United States win last night was a great thrill for us,” Biden told reporters on Tuesday hours after seeing the Americans defeat Ghana 2-1. Biden brought his soccer-playing granddaughter and a nephew with him to […] 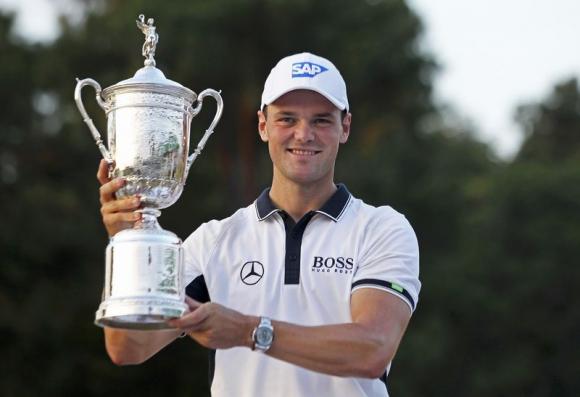 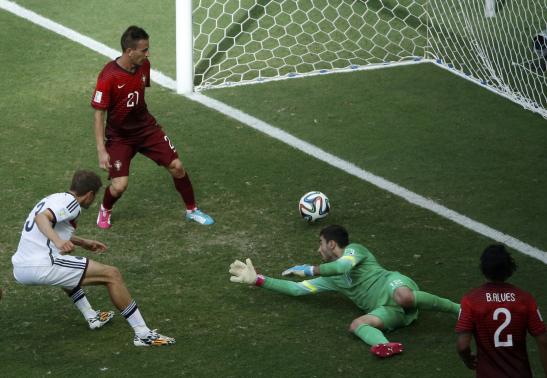 (Reuters) – Germany marked their 100th World Cup game in style on Monday by thumping shambolic Portugal 4-0 in the midday sun to confirm their billing as title contenders while the United States snatched a win over Ghana. The tournament continued to live up to its reputation as one of the best in recent years and in a hugely enjoyable, fast-paced game the U.S. grabbed a late goal for a surprise 2-1 victory over […] 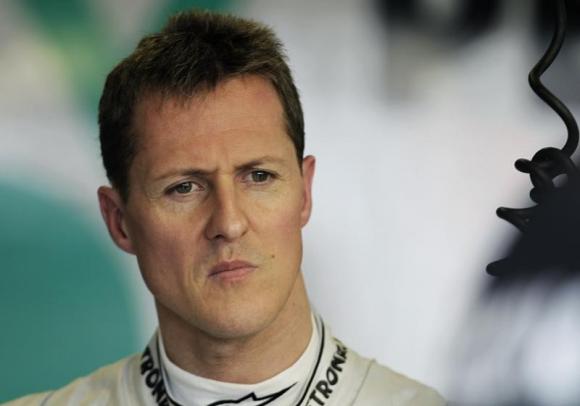 Schumacher out of coma, shifted to Swiss hospital

(Reuters) – Seven times Formula One racing champion Michael Schumacher, who suffered severe head injuries in a ski accident last year, has come out of a coma and was transferred to a Swiss medical center on Monday, officials said, but gave no details of his condition. Schumacher, the most successful Formula One racer of all time, has had several brain operations since his accident in the French Alps in late December. He was moved for […]

The San Antonio Spurs delivered a decisive end to LeBron James’ two-year reign atop the basketball world by routing the Miami Heat 104-87 on Sunday to win the NBA Finals four games to one. San Antonio, which outscored the Heat 55-29 over the decisive second and third quarters, was paced in scoring by Kawhi Leonard who had 22, while Manu Ginobili added 19. James, who led the Heat to titles the past two seasons, scored […] 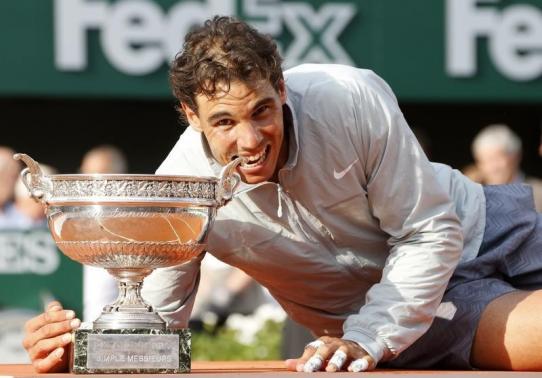 Nadal on cloud nine after soaring to new heights

(Reuters) – One man’s despair was another man’s ecstasy as the most inopportune of double faults propelled a world-beating Rafa Nadal into a nine-times on Sunday. Waiting to launch into a second serve on match point down, a yell from the stands, followed by another, left a distracted Novak Djokovic to fire down the most costly of double faults and see his hopes of completing a career grand slam pounded into the red dust. While […] 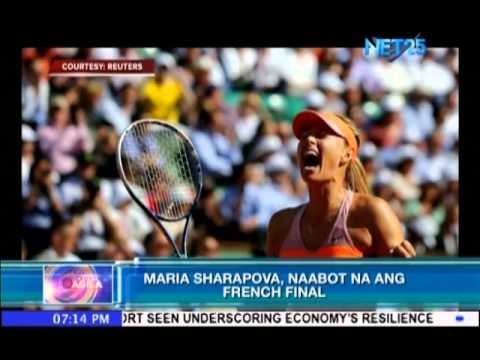 After her third try, Russian tennis player Maria Sharapova entered the finals of the French open after beating her Canadian opponent. 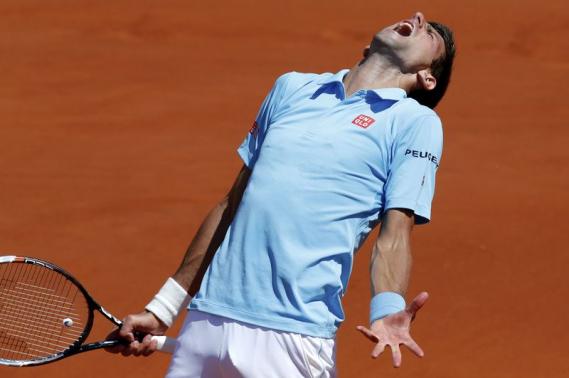 Djokovic sets up another tilt at career slam in Paris

(Reuters) – Novak Djokovic eventually wore down mercurial Latvian Ernests Gulbis 6-3 6-3 3-6 6-3 in the French Open semi-finals on Friday but only after suffering a sudden loss of form in the process. The Serbian world No.2 was cruising at two sets ahead but his level dipped suddenly allowing Gulbis to make a real match of it before he managed to finish the job and remain on course for the only grand slam title to elude […] (Reuters) — Danny Green scored 11 of his 13 points in the fourth quarter to spark the San Antonio Spurs to a 110-95 come-from-behind victory over the Miami Heat in the opening game of the NBA Finals on Thursday (June 5). San Antonio trailed by seven in the final period but out-scored the Miami 31-9 over the last nine-plus minutes. The Spurs drained six three-pointers, including three by Green, over the last six minutes. San Antonio were led in scoring by Tim […] 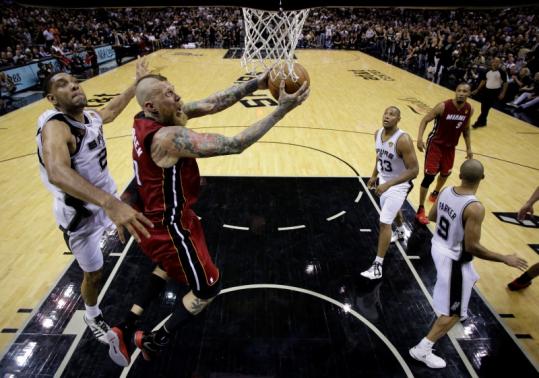 (Reuters) – Some torrid fourth-quarter shooting led by Danny Green lifted the San Antonio Spurs to a come-from-behind 110-95 victory over the Miami Heat in the opening game of the on Thursday. Green scored 11 of his 13 points in the final period as the Spurs hit 14-of-16 shots, including all six from beyond the arc, turning a seven-point deficit into a runaway victory. In the final quarter, Green made all three of three-point attempts […] 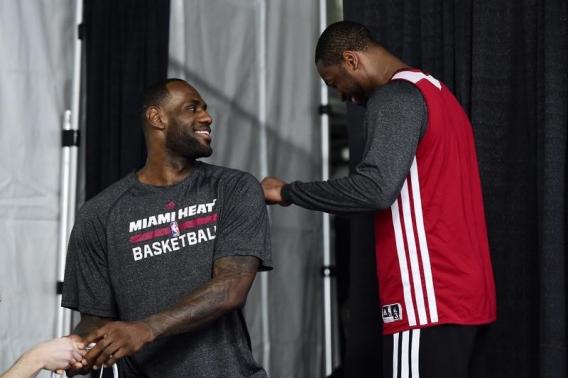 Heat and Spurs ready to rumble in Finals opener

(Reuters) – Now that the verbal sparring is over, the San Antonio Spurs and Miami Heat are ready to get down to business on Thursday with the opening game of the best-of-seven NBA Finals. San Antonio power forward Tim Duncan has all-but guaranteed a victory after the team suffered a heartbreaking, seven-game loss to Miami in the finals a year ago. Heat forward LeBron James knows San Antonio is inspired but doesn’t believe that matters […]