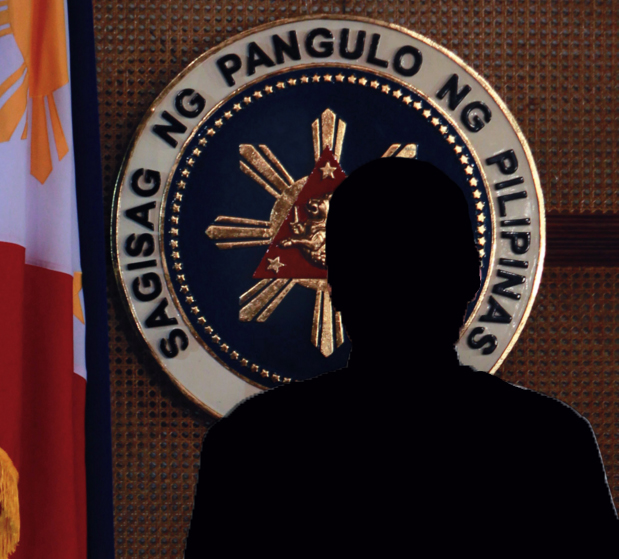 Young Voices Speak – Who needs a natural-born Filipino as President?

QUEZON City, Philippines (December 24) – No one is purely Pinoy. Based on history, our forefathers were Negritos, Indones, and Malays. On 15th century, Spaniards came and stayed for 333 years. The treaty of Paris was signed and the Philippines were handed to Uncle Sam who helped to administer the government. The Second World War happened and Japanese tried to colonize. For 5 centuries, is there a pure Pinoy left? We are Filipinos by heart. The […] 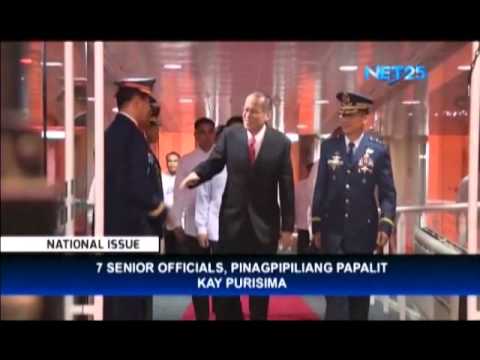 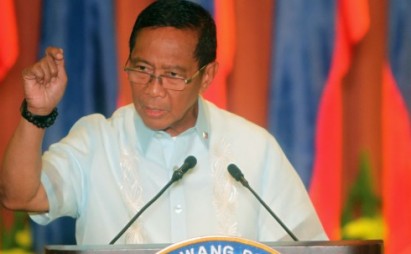 Over 60 percent of Filipinos said they were supposedly ‘satisfied’ with Vice President Jejomar Binay’s performance, the latest Social Weather Stations (SWS) survey showed – despite an eight-point decline in his satisfaction rating. The survey, which gave the vice president a net satisfaction rating of 44 percent (satisfied minus dissatisfied, after rounding), was conducted from Nov. 27-Dec. 1, 2014. It also found that 20 percent of respondents were dissatisfied with Binay’s performance. In contrast, Senate President […] 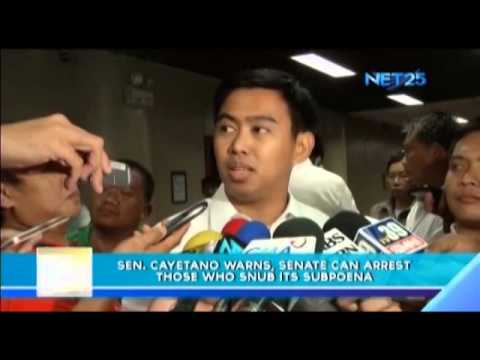 Sen. Cayetano says Senate can arrest those who snub its subpoena

The Binays were not around to contend against the new allegations against them, with Vice President Jejomar Binay saying that he’d rather work than be involved in politics.  His son, Mayor Junjun Binay meanwhile challenged the jurisdiction of the said sub-committee. The Binays were not around to refute the fresh allegations against them. Vice president Jejomar Binay declined the subcommittee’s invitation to appear before it. Mayor Erwin  “Junjun” Binay, on the other hand, questioned the […] 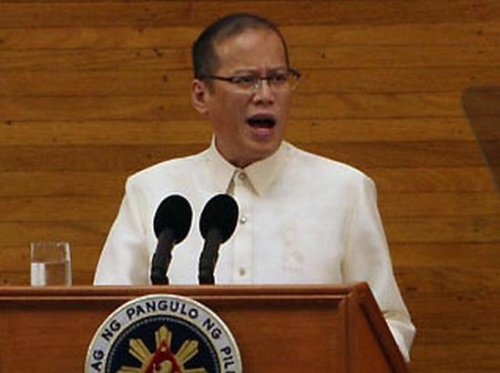 (BY Joyce Panares, C/O Manila Standard TODAY) FOR the nth time, President Benigno Aquino III played coy on whether he will seek a term extension or not, throwing the question instead to the public, whose sentiments, he said, will shape his final decision. Aquino, in an interview en route to Belgium aired over state-run Radyo ng Bayan, said if majority of the Filipinos want a fresh mandate for him, then there has to be a […] 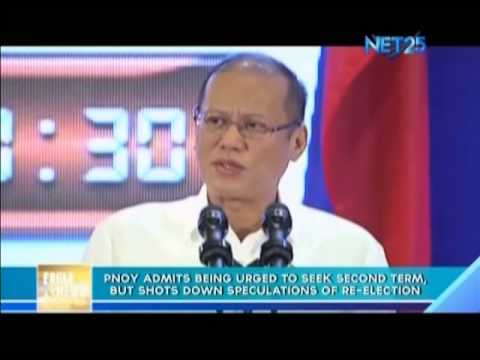 Aquino admits being urged to seek second term, but shoots down speculations of re-election

President Aquino reiterated that he is still being urged to seek a 2nd term to assure that his legacy will continue. 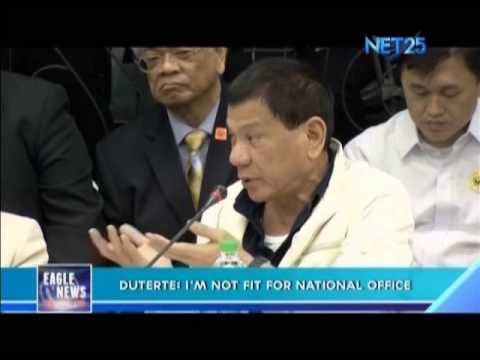 Davao Mayor Rodrigo Duterte said that he was flattered by Senator Miriam Defensor-Santiago’s comments that she is considering him as her running mate for the 2016 presidential elections. But Duterte quickly added, he’s not inclined to seek a national post, stressing that he’s not fit for national office.” Senator Santiago told a news briefing yesterday that Mayor Duterte would make an excellent Vice-President for enforcement because the country’s two main problems are corruption and peace […] 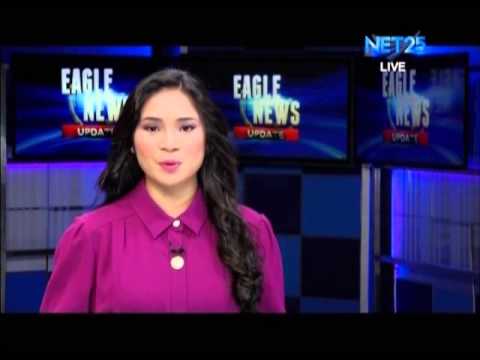 Sen. Santiago wants Duterte, Teodoro or Poe to be her running mate

Senator Miriam Defensor-Santiago is entertaining the idea of running with Davao mayor Rodrigo Duterte as her vice-president in the presidential election on 2016. 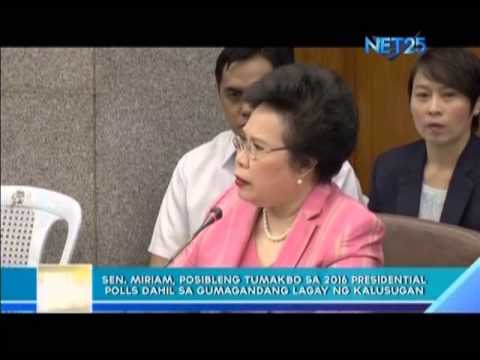 Sen. Miriam Defensor Santiago revealed that her health is improving and raised the possibility of her running in the 2016 presidential elections. “I’m not going to be coy. Society leaders have urged me to seek the presidency. I can rise to the occasion, although I was following the other sign posts on the road to recovery,” the senator said in a statement. In a statement issued on Wednesday, Santiago said the tumor in her left […] 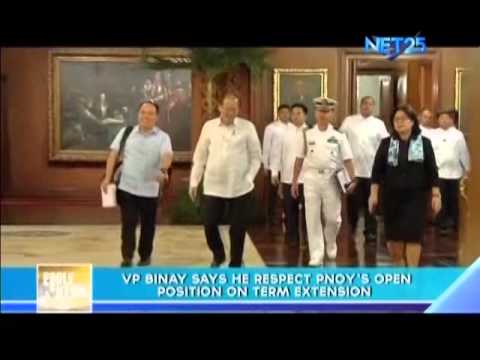 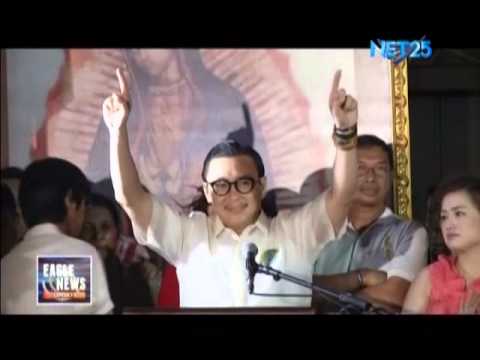 In a speech, dismissed governor ER Ejercito stands firm that he is still the governor of Laguna despite the oath-taking of Vice Governor Ramil Hernandez by the Commission on Elections. 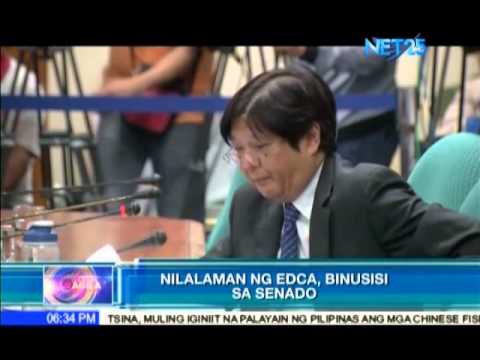 MANILA, Philippines  (ENS) — The Senate started hearings Tuesday (May 13)  examining the provisions of the recently signed Enhanced Defense Cooperation Agreement (EDCA) between the Philippines and the United States.  The hearings were conducted by the Senate Committee on National Defense and Security, and the Senate Committee on Foreign Relations.  In the hearing conducted by the two senate committees, Defense Undersecretary Pio Lorenzo Batino, the chair of the EDCA Panel, said that the public should […]