The Supreme Court issued a temporary restraining order against the collection of garbage fee and the ten percent hike on property tax on Quezon City residents. Supreme Court Spokesman Theodore Te said that the highest court in the land issued a temporary restraining order in favor of a petition submitted by a certain Jose Ferrer, a resident of Kamias, Quezon City. In his petition, Ferrer alleged that the garbage fee as well as the 10% […] 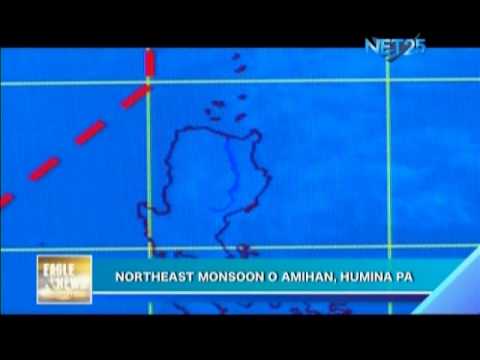 The whole country will continue to experience fair weather with partly cloudy skies and isolated rain showers. The northeast monsoon is now limited in the extreme northern part of the country while the easterlies from Pacific brings warm weather. Filipino-American Doctors of the Medical Surgical Mission of Texas went to Baybay, Leyte to conduct a medical-humanitarian mission for the victims of “Yolanda”.  More than 200 registered for minor surgery in the first day alone.  The number is expected to increase in the following days.  According to a doctor, Leonides Andres, they are doing this to help the victims of typhoon Yolanda who are still recovering three months after the calamity.  The mission will run […] 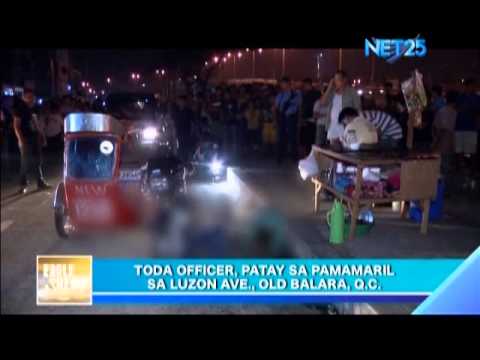 The widow of a gunned down officer of a tricycle operators and drivers association in Luzon Ave., Old Balara, Quezon City is crying for justice for her dead husband. Her husband was gunned down in the TODA terminal. Conflict within the TODA is the suspected cause of the killing. 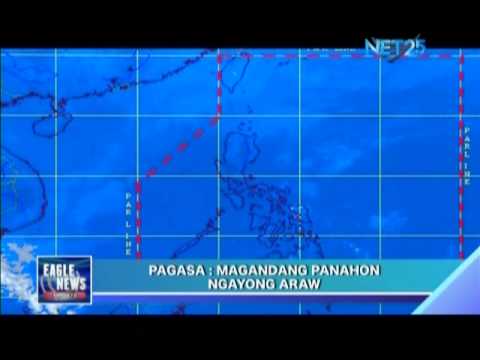 Fair weather today, according to PAGASA 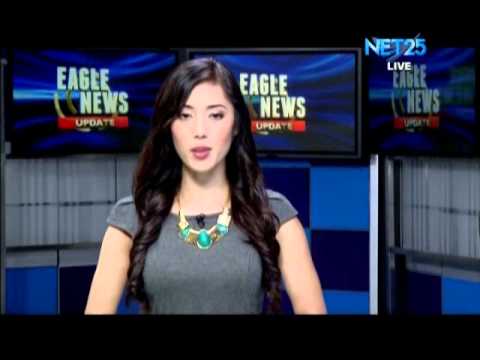 NDRRMC reported that the 5 persons previously reported missing during ‘Basyang” were found near Cebu by two fishermen. They were sent to a hospital to treat their minor injuries. 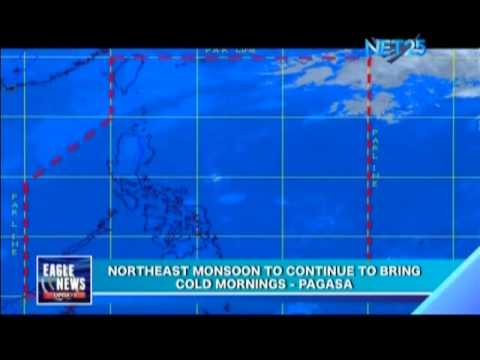 The northeast monsoon will continue to bring in cold mornings according to PAGASA. The temperatures slight increase in the past two days is caused by winds coming from the Pacific bringing a short break in the cold weather. Fair weather is expected in the next five days but a cyclone may enter the country this month and will be named “Caloy”. 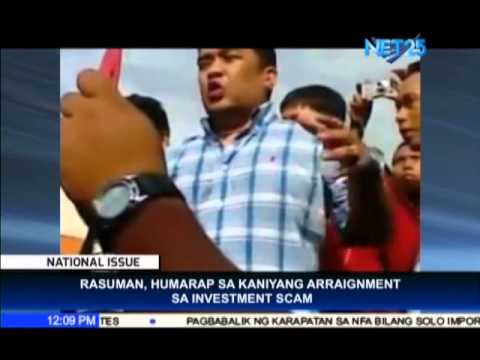 Rasuman is currently facing his arraignment in connection with his Investment Scam. He will be arraigned this afternoon. 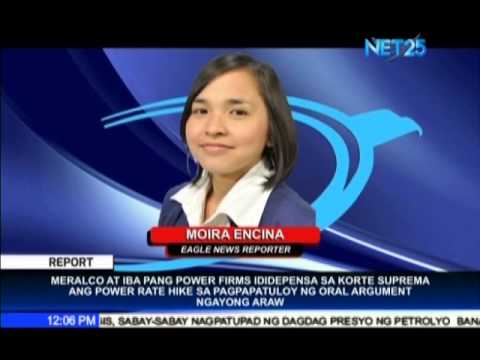 Meralco and other power firms continue to defend its stand regarding the power rate hike at the Supreme Court. Now on its third day, they have added that this oral argument is important in regards to their stand about the power rate hike. 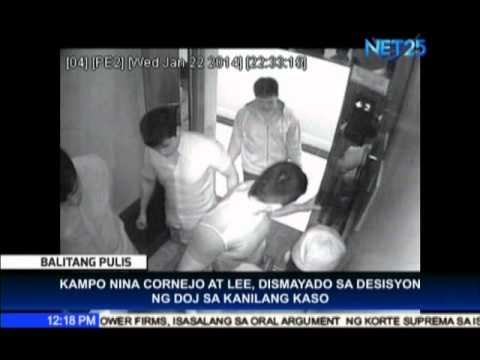 Denice Cornejo and Cedric Lee are dismayed about the decision of the Department of Justice. According to the legal counsel of Cornejo and Lee, they should have been given the chance to be heard by the Prosecutor’s Office regarding the case they filed against TV Personality and Actor Vhong Navarro. 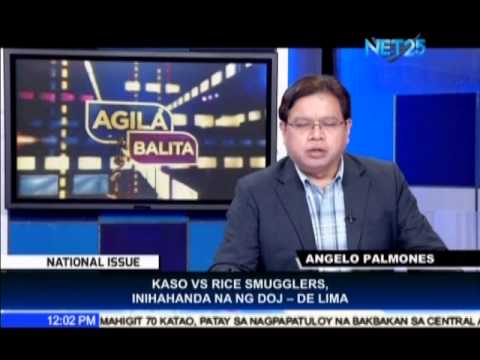 The Secretary of the Philippine Department of Justice Leila De Lima, is infuriated with the comment made by Duterte regarding the smuggling case. She commented that although the investigation is a bit slow, it is because they wanted to iron the kinks in the cases so it will be hard to run from the case filed. Bus on Fire on SLEX

At around six in the morning, a bus was on fire on the South Luzon Express or SLEX. The location of the said bus on fire was near Alabang, Muntinlupa.