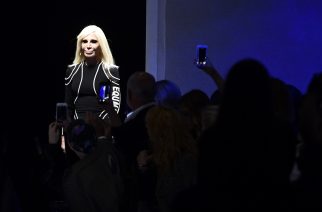 Versace gets political with defiant defense of feminism

by Ella IDE Agence France Presse MILAN, Italy (AFP) — Italy’s fashion queen Donatella Versace sent a message to women everywhere Friday with a show that screamed defiance at attempts to turn back the clock on feminism. Supermodels Gigi and Bella Hadid, Kendell Jenner and Behati Prinsloo strutted on a runway with athletic  autumn-winter 2017 looks that positively oozed glamor. “This is a collection about the power of women, and women who know how to […] 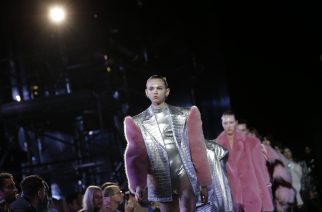 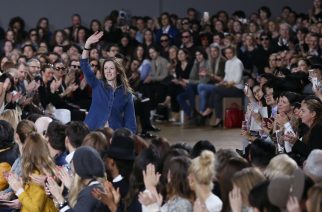 PARIS, France (AFP) — British designer Clare Waight Keller is to quit Chloe after six years, the French fashion house said Monday. The creator, who turned Pringle of Scotland from a rather staid knitwear maker into a fashion brand, has also helped push up sales at Chloe, best known for its floaty, romantic, 1970s-influenced clothes. Chloe said that since Waight Keller’s arrival the label has “enjoyed remarkable momentum and global development. “Her lightness of touch […] 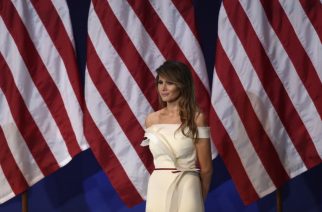 WASHINGTON, United States (AFP) — First Lady Melania Trump stunned fashion watchers by donning a sleek, off-the-shoulder cream dress with a daring thigh-high slit to dance with President Donald Trump at the inaugural balls. Her column dress, finished with a sculpted ruffle that cascaded down the front of the gown and cinched at the waist with a red ribbon, won praise for being fresh, modern, elegant and yet understated. She won rave reviews for […] 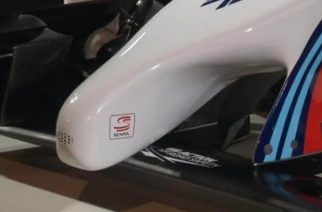 (REUTERS) – Formula One’s post-season shake-up took another spin on Tuesday (December 20) as Valtteri Bottas moved closer to Mercedes and Felipe Massa’s retirement looked to be coming to an end. Canadian Lance Stroll, still just 18, will be making his race debut but his team mate remains uncertain following the surprise retirement of Mercedes’ newly-crowned world champion Nico Rosberg. Bottas, who has been at Williams since 2013, is the favourite to replace Rosberg as […] 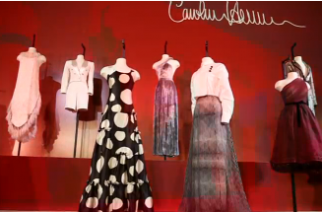 NEW YORK CITY, United States (Reuters) — Veteran designer Carolina Herrera was honored by the Lincoln Center Corporate Fund on Tuesday (December 6) for her 35-year and counting, contribution to the fashion industry. Herrera was presented with “The Women’s Leadership Award” by Harper’s BAZAAR editor in chief, Glenda Bailey. “Coming from Lincoln Center, I think is one of the cultural places of New York, it means a lot,” said Herrera on the red carpet. A […] 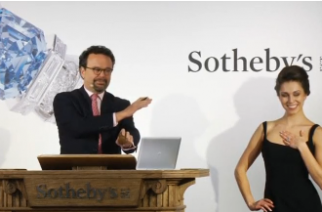 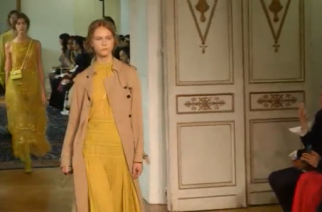 PARIS, France (Reuters) — Frills, florals and full-length were the order of the day as Valentino’s creative director Pierpaolo Piccioli presented the label’s Spring/Summer 2017 women’s ready-to-wear in Paris on Sunday (October 2). Models hit the catwalk in the French capital’s Hotel de Rothschild wearing high-necked, long-sleeved ensembles in warm pinks and yellows. The demure air extended to hair and make up, which was kept soft and natural. Piccioli’s inspiration was a “punk idea of humanism” […]

Frills, florals and full-length were the order of the day as Valentino’s creative director Pierpaolo Piccioli presented the label’s Spring/Summer 2017 women’s ready-to-wear in Paris on Sunday (October 2). Models hit the catwalk in the French capital’s Hotel de Rothschild wearing high-necked, long-sleeved ensembles in warm pinks and yellows. The demure air extended to hair and make up, which was kept soft and natural. Piccioli’s inspiration was a “punk idea of humanism” according to the […] 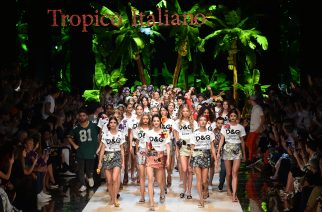 by Angus MACKINNON MILAN, Italy (AFP) — It was coconuts all round as Dolce & Gabbana unveiled a tropically-tinted collection for next spring and summer with a typically joyful show in Milan on Sunday. At a time when all the talk is of the action on the street outside becoming more important than what goes on the catwalk, the Sicilian duo took the logical step of bringing the street inside. As the assembled audience sipped […] 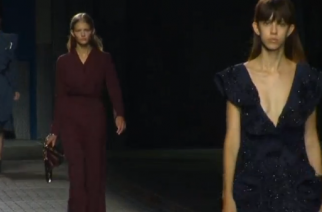 LONDON, England (Reuters) — Mulberry creative director Johnny Coca presented his second show for the fashion powerhouse at London Fashion Week on Sunday (18th September). The SS17 collection featured tea-dresses, blazer inspired jackets and a a typical wintery palette transposed for spring. The colours were all in traditional school-uniform shades of burgundy and navy. The collection showed lots of stripes and flamboyant ruffles. Some of the collection will be in stores from February. Founded in […]