(Reuters) – Ukraine’s president said on Friday there could be no military solution to his country’s crisis and said he hoped “a very fragile” ceasefire in the east would hold, allowing him to focus on rebuilding the shattered economy. Petro Poroshenko also said a new wave of European Union sanctions against Russia underlined Western solidarity with Kiev, and that the Ukrainian and EU parliaments could both ratify a deal on closer economic and political ties […] 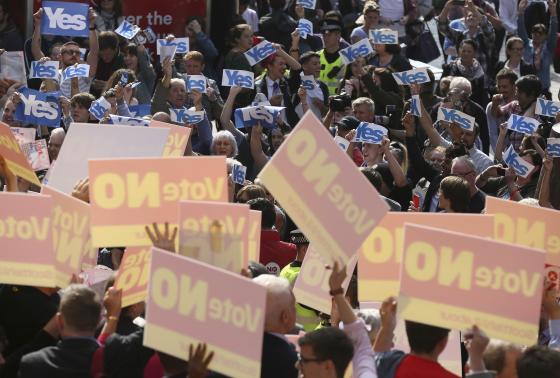 Polls put Scottish unionists a nose ahead as vote approaches

(Reuters) – Supporters of keeping Scotland in the United Kingdom have clawed back a tiny lead over separatists less than a week before Scots vote in an independence referendum that is balanced on a knife edge, opinion surveys showed on Friday. A YouGov survey for The Times and Sun newspapers put Scottish support for the union at 52 percent versus support for independence at 48 percent, excluding those who said they did not know how […] U.S. steps up sanctions on Russia over Ukraine

(Reuters) – The United States announced more sanctions against Russia on Friday, affecting oil and defense industries and further limiting the access of major Russian banks to U.S. debt and equity markets to punish Russia for its intervention in Ukraine. The sanctions, which for the first time targeted Russia’s Sberbank , were timed to coincide with new European Union economic penalties that included restrictions on financing for some Russian state-owned companies and asset freezes on […] 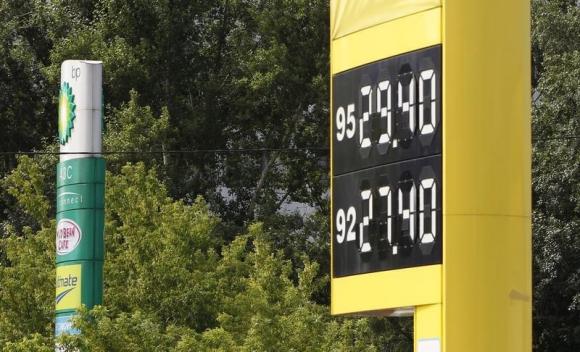 (Reuters) – The European Union tightened sanctions on Russia on Friday over its role in the Ukrainian conflict, restricting access to financing for top Russian banks, defense and energy firms and freezing the assets of senior politicians and rebel leaders. The United States was set to follow suit with its own tougher sanctions later on Friday, heaping pressure on Russian President Vladimir Putin after Russia annexed Ukraine’s Crimea region and sent troops to back pro-Russian […] 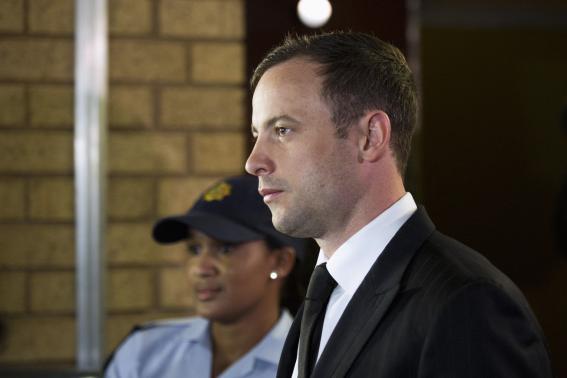 (Reuters) – Oscar Pistorius was convicted of culpable homicide on Friday, having escaped the more serious charge of murder for the killing of his girlfriend, and the Olympic and Paralympic track star could face a lengthy prison sentence. The 27-year-old double amputee, who became one of the biggest names in world athletics, stood impassively in the dock, his hands folded in front of him, as Judge Thokozila Masipa delivered her verdict. Pistorius was also cleared […] 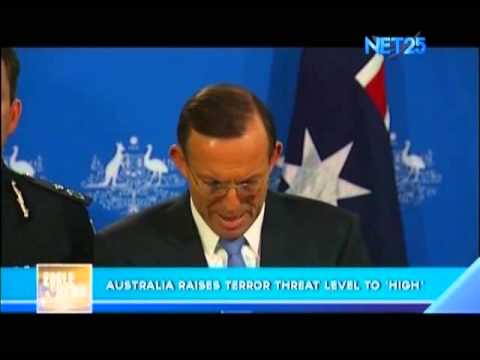 Australia raised its terror alert to high from medium. 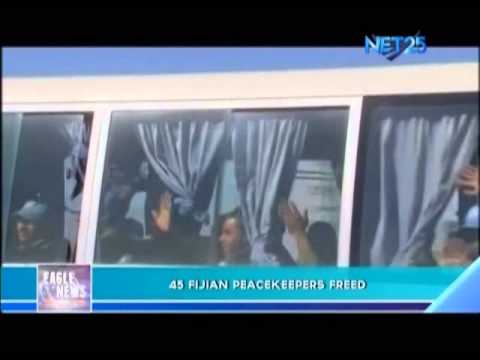 The United Nations have confirmed the release of 45 Fijian peacekeepers kidnapped in Syria. 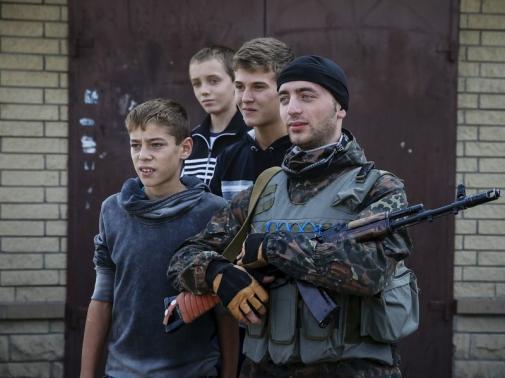 (Reuters) – European Union governments agreed on Thursday to begin their new sanctions against Russia over the Ukraine crisis on Friday but could lift them next month if Moscow abides by a fragile truce, while the United States prepared its own fresh sanctions. The steps are the latest by the United States and the EU following Russia’s annexation of Crimea in March and what the West sees as an effort since then to further destabilize Ukraine by backing pro-Russian separatists with […] Arab states ready to support US fight with ISIS

NATO says Russia still have troops in Ukraine and its borders

According to the North Atlantic Treaty Organization, Russia still has an estimated 1,000 troops inside eastern Ukraine. This is despite the ceasefire between the Ukrainian government and the pro-Russian rebels. Besides the aforementioned troops, 20,000 more are stationed at the border. 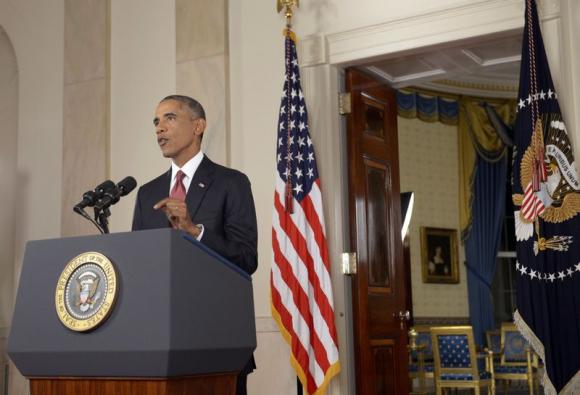 Nevertheless, they are apprehensive of an open-ended conflict. Obama sent a panel of top administration officials to the Capitol for the said step. Included in the plan are first-time airstrikes against Syria and sending more military advisers to Iraq. Said measure aims to stop the violence perpetrated by ISIS. 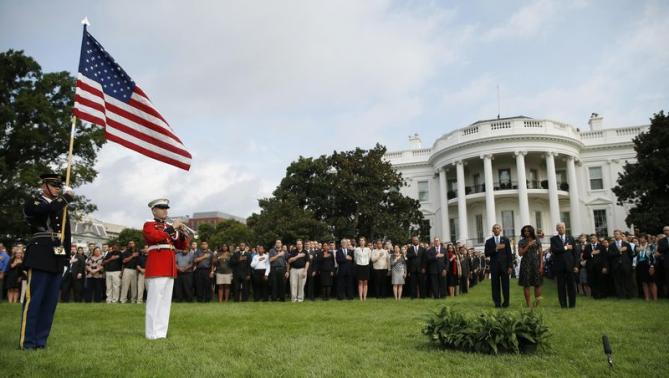 (Reuters) – Led by President Barack Obama, Americans commemorated the 13th anniversary of the Sept. 11, 2001, attacks on Thursday by observing moments of silence for the thousands killed that day at New York City’s World Trade Center, the Pentagon and a Pennsylvania field. In what has become an annual ritual, relatives began slowly reciting the nearly 3,000 names of the victims at a ceremony in lower Manhattan, from Gordon Aamoth Jr. to Igor Zukelman. Readers […]