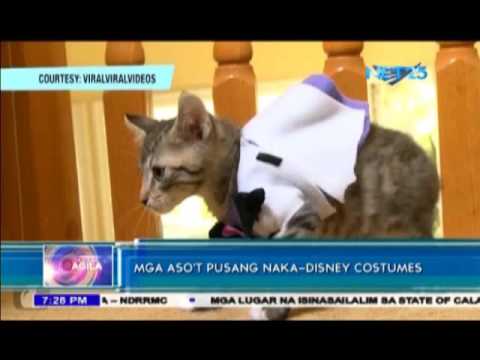 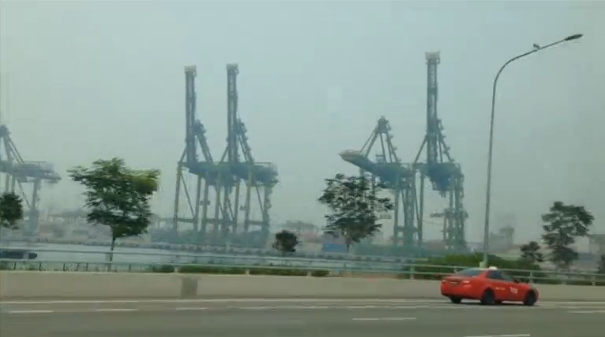 Haze covered Singapore on Friday (October 23) as forest fires in Indonesia continued to send choking smoke drifting across parts of Southeast Asia. On the National Environment Agency’s website, the three-hour average of the Pollutant Standards Index at 12 pm (0400 GMT) registered at 175, indicating an “unhealthy” level of air pollution. Indonesia has come under increased pressure from its neighbours to contain the annual “haze” crisis, which is caused by slash-and-burn agriculture practices, largely […] 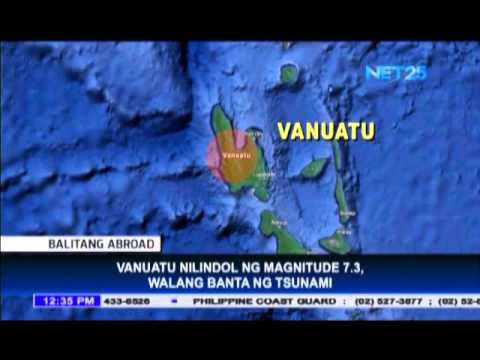 According to the United States Geological Survey, the Pacific island nation of Vanuatu was hit by a magnitude 7.3 earthquake. The Pacific Tsunami Warning Center is not expecting any tsunami. (Eagle News Service Described by Jay Paul Carlos, Video Editing by Dexter Magno, Uploaded by MRFaith Bonalos) 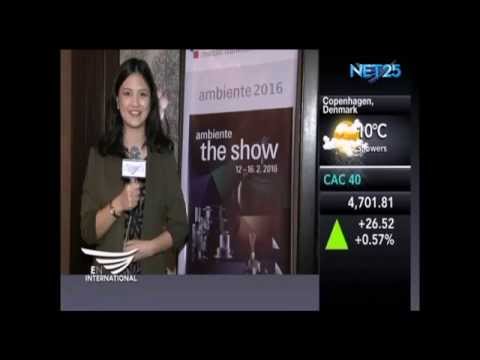 With Ambiente 2016 nearing, organiser Messe Frankfurt GmbH held a press conference on Friday, October 16, 2015 in Manila to encourage Philippine businesses to participate.  Below is the official press release. The show to see: Ambiente 2016 is the barometer for trends in the consumer-goods industry Leading international fair welcomes Italy as 5th partner country; Paola Navone is the designer of Italy’s partner country presentation Contract business, sourcing and a top-flight complementary programme. New in […] 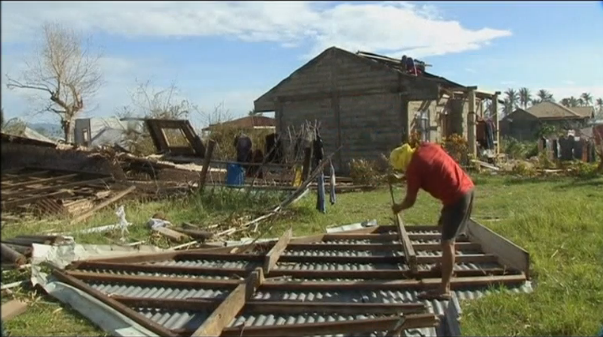 Residents in the town of Casiguran in northern Aurora province on Wednesday (October 21) began rebuilding their homes and clearing debris from the roads after Typhoon “Lando” tore through the area. Typhoon “Lando”, now downgraded into a tropical depression from a category 4 typhoon, left a trail of destruction in the northeastern Philippines, destroying houses and crops, killing at least 26 people and displacing thousands on Sunday (October 18), the national disaster agency said. Andres Subang, […] 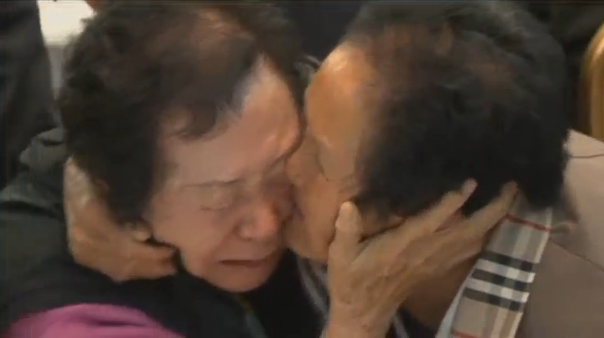 Nearly 400 South Koreans crossed the heavily armed border into North Korea on Tuesday (October 20) to be reunited with family members separated for more than six decades since the 1950-53 Korean War, in an outpouring of emotions and tears. The two Koreas, which are divided and remain in a technical state of war, agreed to hold the family reunions for the first time since February last year after negotiating the end of a standoff […] 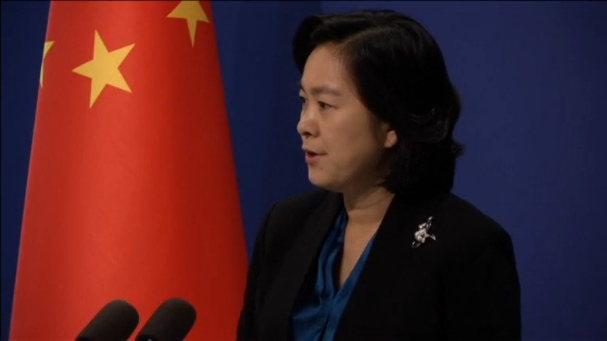 China does not seek to change the existing status of territorial claims in the South China Sea with its newly built lighthouses, the Foreign Ministry said on Tuesday (October 20), arguing that Beijing already had “indisputable sovereignty” in the contested waters. China says its lighthouses on Cuarteron Reef and Johnson South Reef in the Spratly islands will assist navigational security, but experts and diplomats call them a shrewd move to buttress Beijing’s territorial claims. China […] 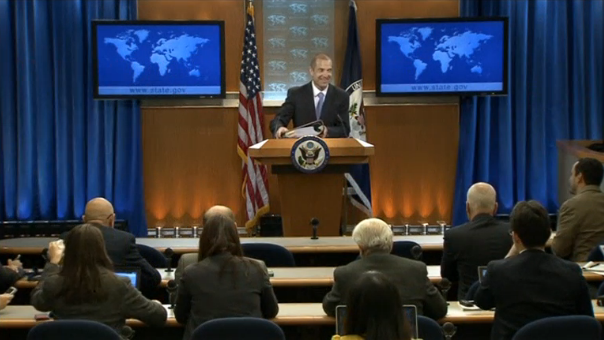 U.S. Department of State calls for people in Israel not to take the law into their own hands

An Eritrean migrant, shot by a security guard and kicked by an angry Israeli crowd that mistook him for a gunman, was identified on Monday as one of the dead from an attack on a bus station in the southern city of Beersheba. The Eritrean agricultural worker was named by his employer as Mila Abtum. In what some Israeli media described as a lynching, captured on amateur video on Sunday, the attack on Abtum underscored […] 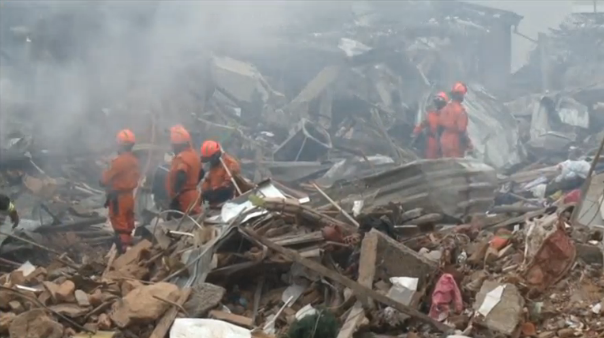 Blast occurred in a restaurant in northern Rio de Janeiro, Brazil, Monday, injuring eight people, destroying more than 50 buildings. The explosion happened in the early morning. Sixty five firefighters and 20 fire engines rushed to the site 15 minutes later. All the injured have been sent to hospital for treatment and nearby residents have all been evacuated. According to firefighters, they smelt gas in the air and gas leakage might be the cause of […] 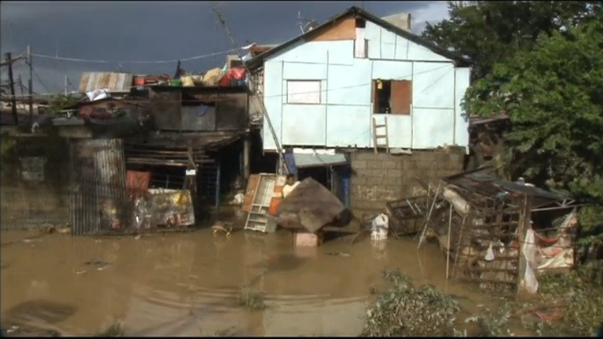 Residents in a city in the northern Philippines on Tuesday (October 20) cleared out debris from their houses after a typhoon tore across the northern Luzon Island, killing at least nine people and displacing thousands. Koppu, now a tropical storm after being downgraded from a category 4 typhoon, moved slowly north on Tuesday, the state weather bureau said. Officials fear the death toll may rise after Typhoon “Lando” tore through the main island of Luzon on […] 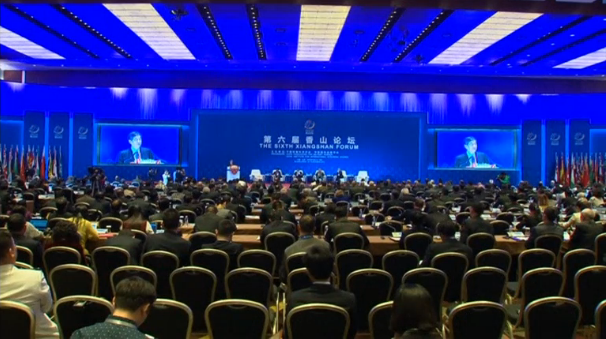 China’s construction work on islands in the disputed South China Sea is “unwarranted provocation”, Malaysia’s armed forces chief said on Sunday (October 18), a country which has its own claims in the seas but which generally says little in public about the spat. China’s relations with several Southeast Asian countries, especially the Philippines and Vietnam who have competing claims in the South China Sea, have been strained over Beijing’s increasingly assertive tone in an area […] 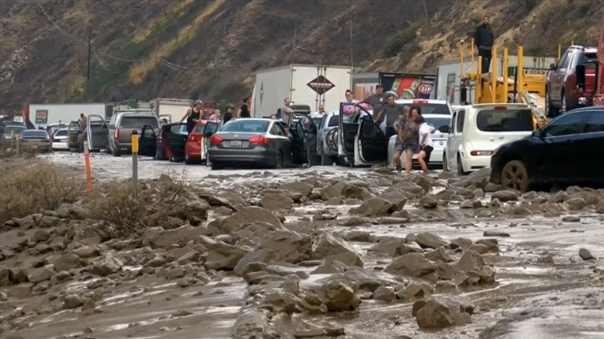 Heavy rains touched off flooding and mudslides in foothill communities north of Los Angeles on Thursday (October 15), swamping cars, stranding drivers and prompting authorities to close several major roads. The National Weather Service issued flash flood warnings for parts of northwestern Los Angeles County and northeastern Ventura County, advising motorists to avoid those areas. The Los Angeles Times reported that some 45 firefighters responded to the scene of the mudslides and flooding, working to […]