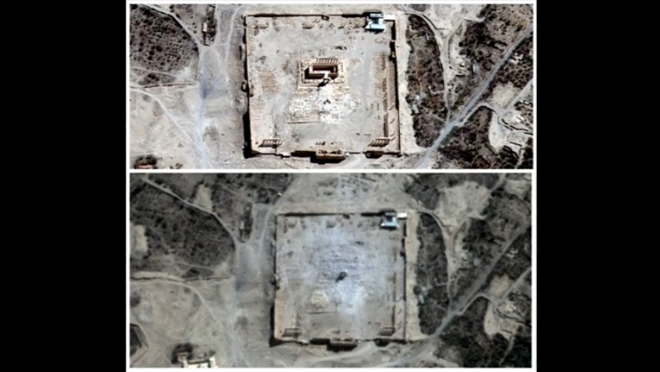 SEPT.1 (Reuters) — The hard-line Islamic State group has destroyed part of an ancient temple in Syria’s Palmyra city, a group monitoring the conflict said on Sunday (August 30). The militants targeted the Temple of Bel, a Roman-era structure in the central desert city, the Syrian Observatory for Human Rights said. It is the second temple Islamic State has targeted in Palmyra this month. The group detonated explosives in the ancient Baal Shamin temple on […] 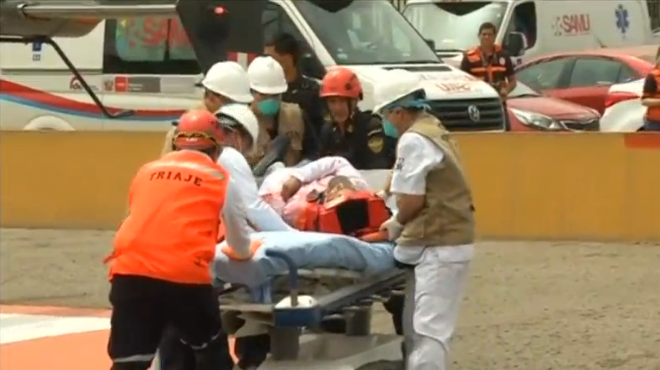 Peru conducted a national drill on Monday (August 31) to prepare the South American country for predicted natural disasters from a strengthening El Niño weather phenomena that officials have predicted to be “extraordinary”. El Niño is the periodic warming of sea-surface temperatures in the Pacific. This phenomenon is strengthening and is likely to peak in three to seven months’ time, the Australian Bureau of Meteorology said. Coastal Peruvian cities like Tumbes and Piura were put […]

Refugee children, close to death, found in van in Austria

(Reuters) — Three young children are being treated for dehydration in an Austrian hospital after they were rescued from a van crammed with 26 refugees from Syria, Afghanistan and Bangladesh, Austrian police said on Saturday (August 29). The two girls and a boy, aged five and six, were found close to death when police stopped the vehicle after a chase near the Austrian town of St. Peter am Hart on the border with Germany, a […] 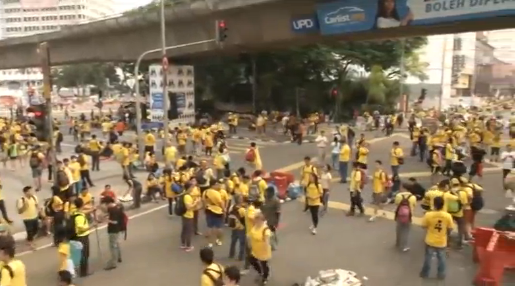 Thousands in call for Malaysian PM to go

(Reuters) — Malaysian protesters woke on Sunday (August 30) and prepared for the second day of an anti-government rally which saw thousands take to the streets the day before. Nearly 5000 people spend the night outside, protest organisers Bersih estimated as part of protests calling for Prime Minister Najib Razak to step down. Protesters gathered near Independence square on Sunday, which remains blocked off, and started their day with physical exercises while others attended […] 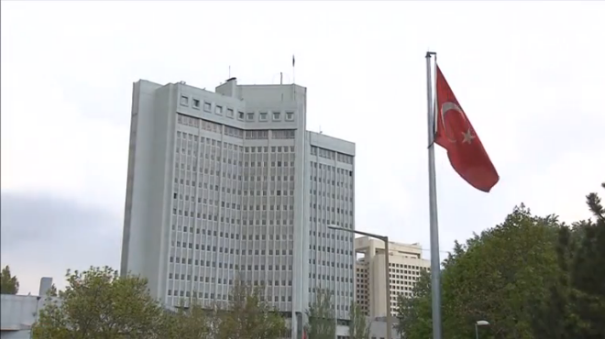 AUGUST 30 (CCTV) — Turkish fighter jets on Friday night joined the U.S.-led coalition air strikes against Islamic State (IS) militant group targets in Syria for the first time, according to a written statement released by the Turkish Foreign Ministry on Saturday. The joint air strikes were conducted as part of a technical agreement between Turkey and the United States signed last week after months of talks. Turkey was previously reluctant to take part in […] 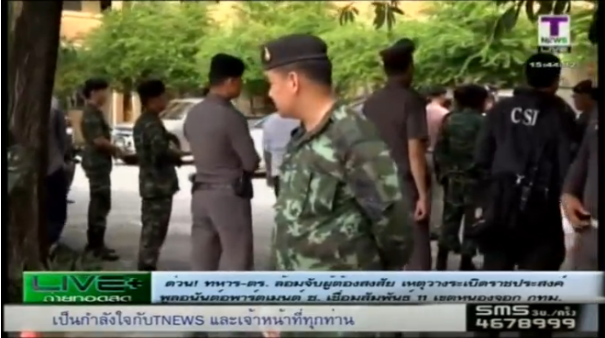 AUGUST 30 (Reetres) — Police hunting for the perpetrators of Thailand’s deadliest bombing arrested a suspect on Saturday (August 29) they said fitted the description of a man seen on security cameras leaving a rucksack at the site of the August. 17 Bangkok blast. Police raided an apartment in a northern suburb of the capital on Saturday afternoon and discovered possible bomb-making materials that could have been used in the evening attack in Bangkok’s bustling […] 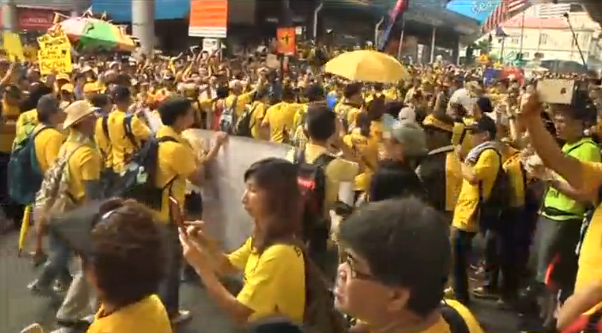 (Reuters)– Thousands of protesters gathered in Kuala Lumpur on Saturday (August 29) for a two-day rally to demand the resignation of Prime Minister Najib Razak, bringing to the streets a political crisis over a multi-million-dollar payment made to an account under his name. The Malaysian leader has weathered weeks of attacks since it was reported that investigators probing the management of debt-laden state fund 1Malaysia Development Berhad (1MDB) had discovered the unexplained transfer of […]

AUGUST 29 (CCTV) — Torrential rain battered various parts of south China’s Guangxi Zhuang Autonomous Region on Thursday and Friday, flooding roads and houses. The rainstorms hit the Longhuo Township of Longlin County with precipitation reaching above 191 millimeters on Thursday evening. Heavy rainfall is expected to sweep across the region over the weekend. The Guangxi Meteorological Administration issued a blue alert for rainstorms on Friday morning, with meteorological experts attributing the conditions to the […] 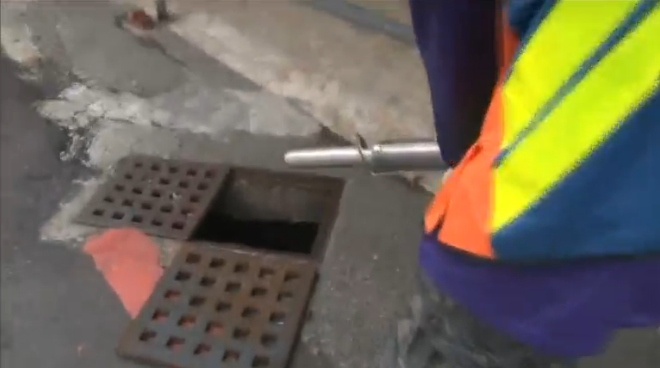 AUGUST 29 (CCTV) — Tainan City in southern Taiwan has seen 2,574 cases of dengue fever this summer, the highest concentration of dengue cases in Taiwan. The first confirmed case was on May 16. Four people, who were all over 70, have died, according to the city government. Tainan has seen 80 percent of the island’s cases of dengue, while Taipei had the highest number of people with dengue who had caught it elsewhere, authorities […] 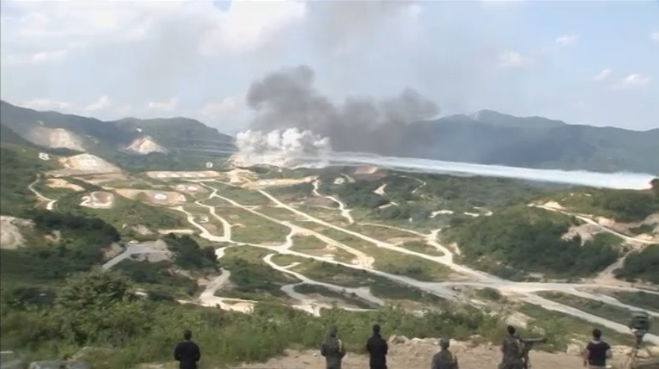 AUGUST 28 (Reuters) — Troops from the United States and South Korea on Friday (August 28) held a live-fire exercise, as a part of their annual military drill “Ulchi Freedom Guardian (UFG)”. About 2,000 troops from both countries participated in the Friday’s drill while 97 tanks and armored vehicles, 120 artilleries, 45 helicopters as well as 42 fighter jets, were mobilized, South Korean defense ministry said. “Our military has full readiness and has strong capabilities […] 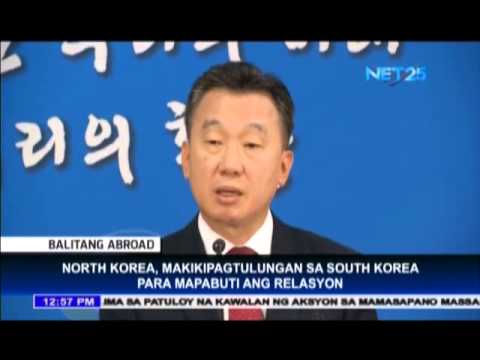 |AUGUST 28 (Reuters) — North Korean leader Kim Jong Un called this week’s accord between the rival Koreas “a landmark occasion” paving the way for defused military tension and improved ties, but said it was the strength of its armed forces that made the deal possible, North’s state-run television KRT reported on Friday (August 28). KRT released several still photographs of Kim convening an enlarged meeting of the Central Military Commission of the Workers’ Party […] 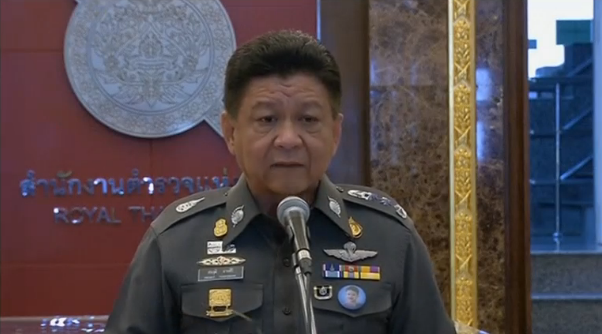 (Reuters) — An arrest warrant has been issued for an unnamed suspect in a bomb blast at a Bangkok pier that took place a day after Thailand’s worst ever-bombing killed 20 people at a popular shrine, Thai police said on Friday (August 28). Police spokesman Prawut Thawornsiri said a court issued the warrant based on grainy video footage of a man in a blue shirt kicking a bag into the water near the pier […]