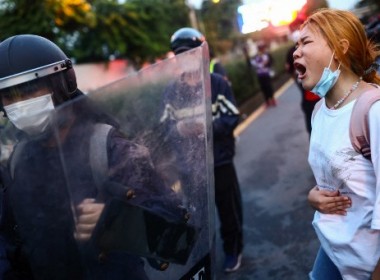 Thailand protests fade but the hardcore battle on

by Pathom SANGWONGWANICH BANGKOK, Thailand (AFP) — As night falls on a bustling junction close to the heart of Bangkok, gangs of young protesters take on police with slingshots, firecrackers and homemade “ping pong” bombs, turning the streets into a battle zone. The student protest movement that gripped Thailand last year with its taboo-smashing demands for royal reform has largely died down, splintered by infighting and left rudderless by the arrest of several key leaders. […] 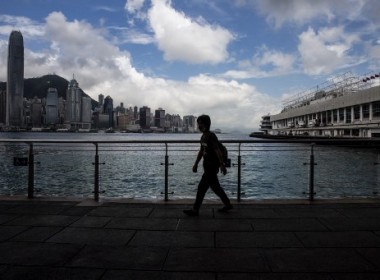 HONG KONG, China (AFP) — Hong Kong’s decision to pursue a zero-Covid strategy and maintain some of the world’s strictest quarantine measures is hammering the city’s business reputation, the top lobby group for financial firms in the city said Monday. The warning came as a survey showed almost half of major international banks and asset managers are considering moving staff out of the city as they struggle to retain employees or attract fresh talent. Hong […] 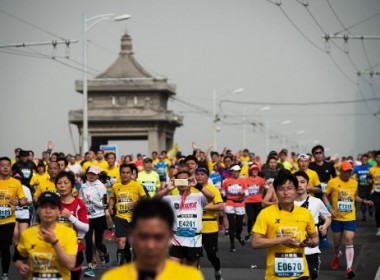 BEIJING, China (AFP) — The Wuhan Marathon, which had been due to take place Sunday, has been postponed at short notice as worries increase over a coronavirus resurgence in China ahead of the 2022 Beijing Winter Olympics. China reported 26 new domestic Covid-19 cases on Sunday, in an outbreak that has become the latest test of the country’s zero-tolerance approach with just over 100 days until the start of the Games. Authorities have been racing […] 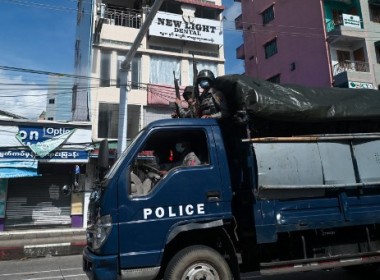 BANGKOK, Thailand (AFP) — An activist who rose to prominence during Myanmar’s 1988 student uprising has been arrested in an overnight raid, his wife said Sunday, in the latest blow to the anti-junta movement as the military cracks down on dissent. Myanmar has been in turmoil since the generals ousted civilian leader Aung San Suu Kyi in a February coup, triggering nationwide protests that have seen more than 1,100 people killed by security forces, according […] 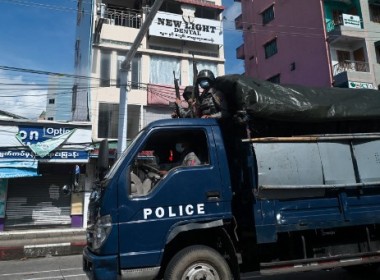 BANGKOK, Thailand (AFP) — Myanmar’s junta has re-arrested more than 100 anti-coup protesters freed in a recent amnesty, according to a local monitoring group that tracks detentions and killings in the country. The Southeast Asian nation has been in chaos since the February coup, with more than 1,100 killed in a crackdown on dissent and over 8,000 arrested, according to the Assistance Association for Political Prisoners (AAPP). On Monday, the military announced it would free […] 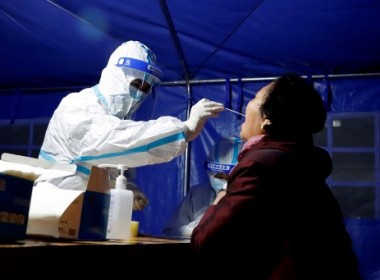 BEIJING, China (AFP) — Beijing plans to test tens of thousands of people after four new Covid-19 cases were found in a suburban district on Friday, as a new outbreak prompts school closures and flight cancellations across the country. China has maintained a staunch zero-Covid strategy with strict border closures, lengthy quarantines and targeted lockdowns. But the world’s most populous nation is now scrambling to tamp down dozens of infections across several provinces. The latest […] 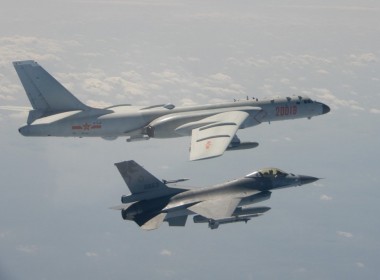 by Amber Wang and Jerome Taylor in Hong Kong Agence France Presse TAIPEI, Taiwan (AFP) — Chinese fighter jets crowding Taiwan’s radar screens are Beijing’s latest tool to ramp up pressure on the democratic island, sparking fears that one mistake could suddenly turn a festering cold conflict into an all-out war. Self-ruled Taiwan has lived under the threat of a Chinese invasion since the two sides split at the end of a civil war […] 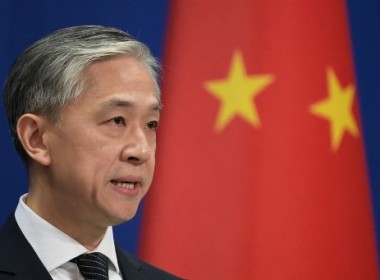 China tells US to act with caution over Taiwan, vows ‘no room for compromise’

BEIJING, China (AFP) — China on Friday urged Washington to tread carefully on Taiwan after President Joe Biden said the US would defend the self-ruled island from attacks by Beijing. “China has no room for compromise on issues involving its core interests,” foreign ministry spokesman Wang Wenbin said, warning that Washington “should act and speak cautiously on the Taiwan issue.” © Agence France-Presse 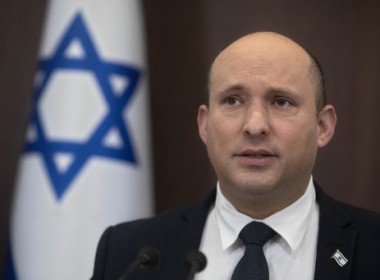 Israeli PM in Russia for first talks with Putin

MOSCOW, Russia (AFP) — Israel’s Prime Minister Naftali Bennett arrived in Russia on Friday to meet with President Vladimir Putin for the first time for talks expected to focus on Iran. Russian state television showed images of Bennett’s plane landing in the Black Sea resort town Sochi, where the pair will meet. Naftali took office in June, taking over from Benjamin Netanyahu who was in power for 12 straight years and had close ties with […] 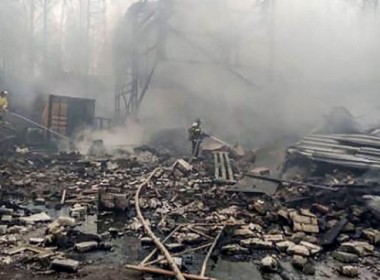 MOSCOW, Russia (AFP) — Fifteen people died as a result of a fire at a Russian explosives factory southeast of Moscow on Friday, local authorities said. The government of the Ryazan region, where the factory is based, said “15 people died and one person has serious burns” and is in critical condition. It said one more person is missing. © Agence France-Presse 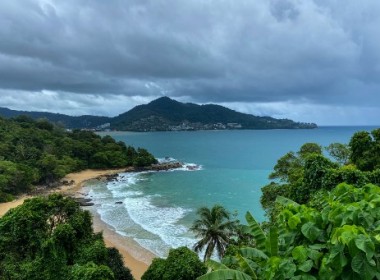 BANGKOK, Thailand (AFP) — Thai Premier Prayut Chan-O-Cha announced Thursday that vaccinated travellers from more than 40 countries will be allowed to enter the kingdom without undergoing quarantine come November 1, as it readies for a much-anticipated re-opening. The 46 countries and territories is a significant jump from the 10 initially announced last week by Prayut, when he unveiled plans to reopen the country next month. The ballooning list is due to Thailand’s urgent need […] 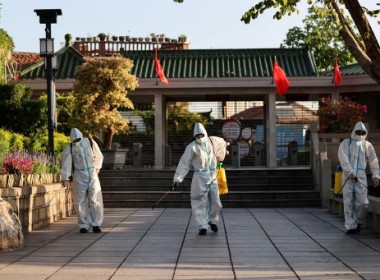 BEIJING, China (AFP) — Authorities in China cancelled hundreds of flights, closed schools and ramped up mass testing on Thursday to try and stamp out a new Covid-19 outbreak linked to a group of tourists. Beijing has maintained a relentless zero-Covid approach with strict border closures and targeted lockdowns, even as other countries tentatively try to ease restrictions. Domestic outbreaks have largely been eliminated, but as China logged a fifth straight day of new cases […]