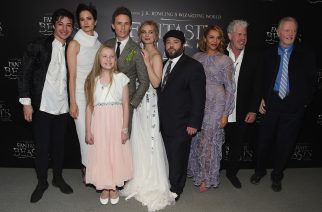 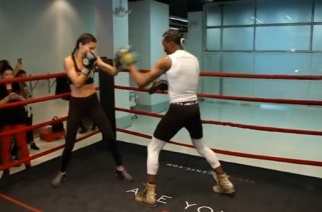 NEW YORK CITY, United States (Reuters) — With a hook and an upper cut, model Adriana Lima is preparing for her 16th trip down Victoria’s Secret’s runway. Lima invited cameras inside her work out at Aerospace in New York on Monday (November 21). “I really love to work out and boxing definitely is my thing. I started like when I was 19-year-old. It’s just a passion that I have. And regardless of show, I am […] 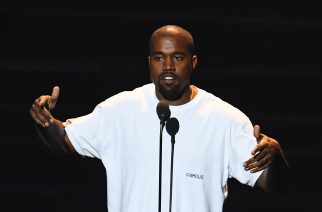 Kanye hospitalized after scrapping US tour

by Frankie TAGGART LOS ANGELES, United States (AFP) — Rap superstar Kanye West was hospitalized on Monday with a “medical emergency” after canceling his tour, two days after a rambling onstage tirade against fellow artists Jay Z and Beyonce. The “Saint Pablo Tour” was set to run through December 31 but all 21 remaining shows have been canceled, a spokeswoman for promoter Live Nation told AFP. Hours later it emerged that West, 39, was being […] 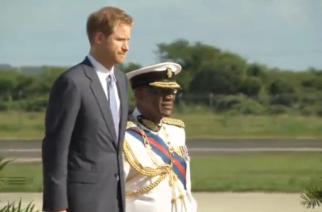 ST. JOHN’S, ANTIGUA AND BARBUDA (Reuters) —  Prince Harry arrived in Antigua and Barbuda on Sunday (November 20) for the first stop on his tour through the Caribbean Sea. He was greeted on the tarmac of V.C. Bird International Airport in St. John’s by a local delegation, including Prime Minister Gaston Browne and Foreign Affairs Minister Charles Fernandez. The Antigua and Barbuda Defense Force military then held a parade in his honor, during which […] 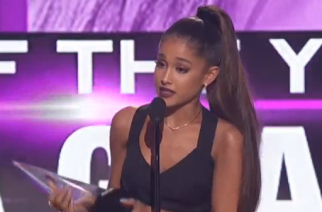 LOS ANGELES, California (Reuters) — Canadian rapper Drake won his first ever American Music Awards on Sunday (November 20) and Ariana Grande was named artist of the year. Pop singer Selena Gomez, 24, who surprised fans by making her first major public appearance since cutting short her world tour in August to deal with panic attacks and depression, won the best pop/rock female artist award. In an emotional speech, Gomez thanked her fans for their loyalty […] 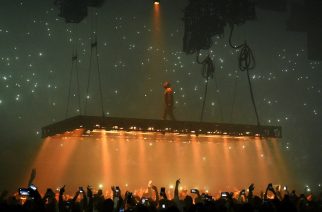 NEW YORK, United States (AFP) — Rap superstar Kanye West stunned a crowd by revealing his support for US President-elect Donald Trump while suggesting he still plans to challenge him in 2020. After a campaign in which fellow artists and African Americans overwhelmingly backed rival Hillary Clinton, the rapper told an audience Thursday night that he did not vote — but would have chosen Trump. “Because I’m a celebrity, everyone told me not to […] 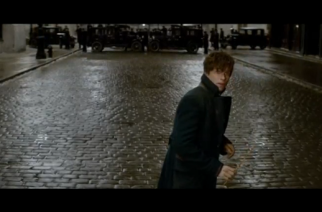 (Reuters) — “Fantastic Beasts and Where to Find Them,” a prequel to the hugely successful Harry Potter franchise, is expected to top the weekend box office with an estimated $90 million. The original eight-film franchise took $2.4 billion domestically and over $7.7 billion worldwide. “Fantastic Beasts,” which featured Eddie Redmayne in the lead role of Newt Scamander, is the first entry in a new five film franchise. Also out this weekend on wide release are […] 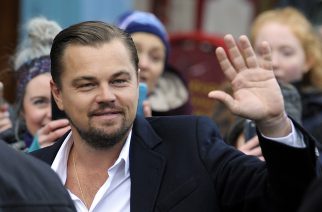 EDINBURGH, United Kingdom (AFP) — Hundreds of cheering fans greeted Leonardo DiCaprio on Thursday as the Hollywood star visited an Edinburgh restaurant set up to help the homeless. The Oscar-winning actor signed autographs for his admirers — some of whom had waited for hours — as he arrived at the Home restaurant, which opened in September as part of a broader initiative to support homeless people. DiCaprio’s visit to Home sees him follow in the footsteps […] 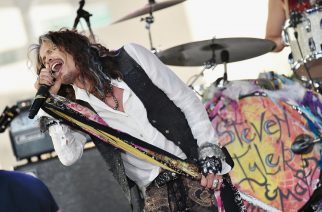 NEW YORK, United States (AFP) — Hard rock chart-toppers Aerosmith on Monday announced a “farewell” tour for 2017, although they stopped short of saying the shows will be their last. The nearly half-century-old band behind rock classics such as “Dream On,” “Walk This Way” and “Janie’s Got a Gun” said it would start the tour on May 17 in Tel Aviv. The Boston-bred group scheduled shows across Europe, including at a series of summer festivals, […] 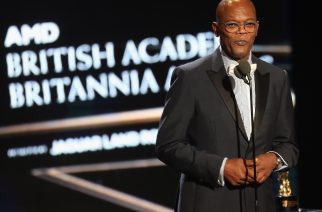 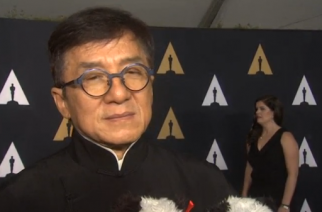 LOS ANGELES, California, United States (Reuters) — When Kung Fu movie legend saw an Oscar at Sylvester Stallone’s house 23 years ago, he said that was the moment he decided he wanted one. On Saturday (November 12) at the annual Governors Awards, the Chinese actor and martial arts star finally received his little gold statuette, an honorary Oscar for his decades of work in film. “I’ve broken so many bones making more than 250 movies. […] 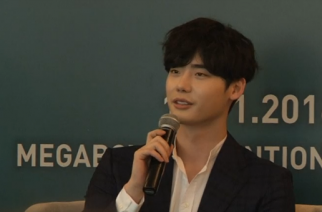 SEOUL, South Korea (Reuters) — South Korean actor Lee Jong-suk sat down with the media on Saturday (November 12) in Singapore, the fourth stop in his Asia tour to interact with fans and promote his work. In his latest hit drama “W – Two worlds”, Lee played a comic book character that came to life crossing between two parallel worlds. Lee said that he was an avid Asian marital arts fiction fan and if he […]