“Tonight, I formally became a member of Lakas-CMD,” posted Mayor Sara Duterte in her official Facebook page on Thursday.

In a statement later, Lakas-CMD national president Rep. Romualdez said that they have long been inviting Mayor Sara Duterte to be part of their party.

“We had long been inviting Mayor Inday to join our party as we are all impressed with her sterling qualities as a leader and we saw up close her exemplary work ethic as chief executive of Davao City,” Romualdez said after Mayor Duterte-Carpio took her oath.

The oath-taking happened at 6 p.m. Thursday, Nov. 11 in Silang, Cavite. 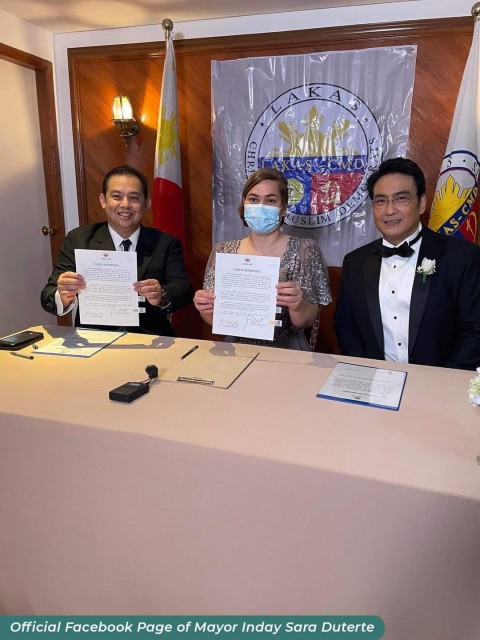 Lakas-CMD is a part of the coalition of the PDP-Laban, along with the Nacionalista Party, the Nationalist People’s Coalition, and the National Unity Party. The coalition was first formalized in 2016 prior to the national elections that was eventually won by the PDP-Laban standard bearer, now President Rodrigo Duterte.