She also posted several photos of her and Marcos Jr., during the meeting. 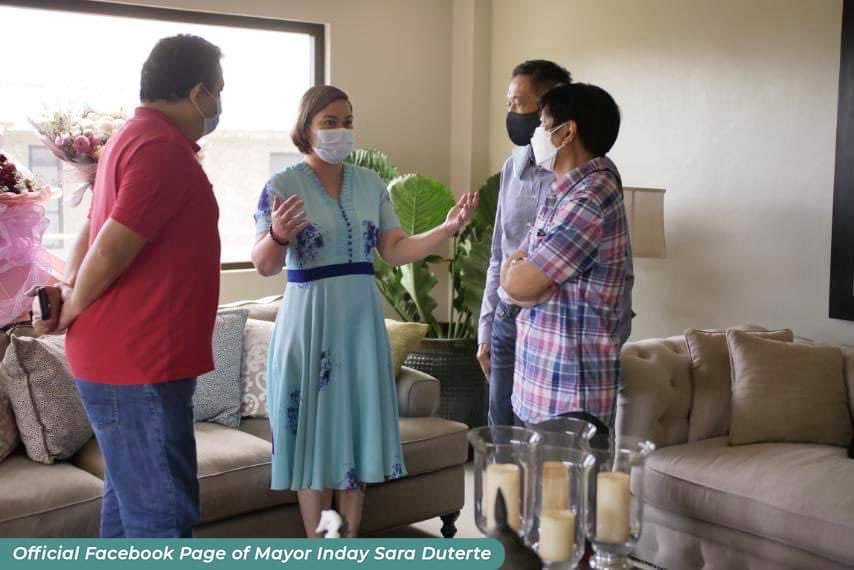 Both Reps. Martin and Yedda Romualdez were also seen in the photos of the Sara-Bongbong meeting on Saturday, Oct. 23.

Mayor Sara flew to Cebu City on Friday, Oct. 22, after recovering from COVID-19, the same day that Marcos Jr., is in the city for the inauguration of his campaign headquarters.

Last May, both Bongbong Marcos and his sister, Senator Imee Marcos, flew to Davao City to meet and talk to the Davao City mayor a couple of days before her birthday.

“They asked if they can come here, then they came and they gave me their personal greetings and well-wishes on my birthday,” Mayor Sara said at the time. The Marcos siblings visited the presidential daughter on May 29, a Saturday.  Mayor Sara turned 43 on May 31.