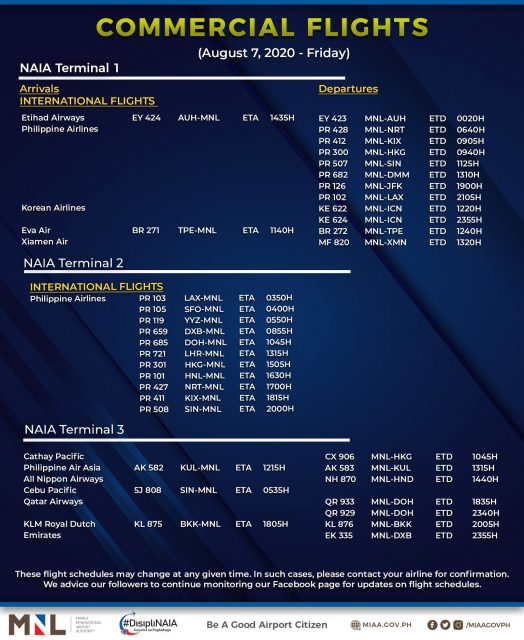 Passengers were advised to get confirmation of their flights on the day they are supposed to be scheduled as only those with the confirmation will be allowed to enter the airport premises.

With Metro Manila now under a modified enhanced community quarantine  until Aug. 18, the number of flights has again been limited.

Apart from Metro Manila, also under the MECQ are Laguna, Cavite, Bulacan and Rizal.

President Rodrigo Duterte made the decision to place these areas under the second-strictest form of community quarantine after the medical community called for a two-week “time-out.”

This was so they could recover from exhaustion, and so the government could recalibrate its strategy against COVID-19.