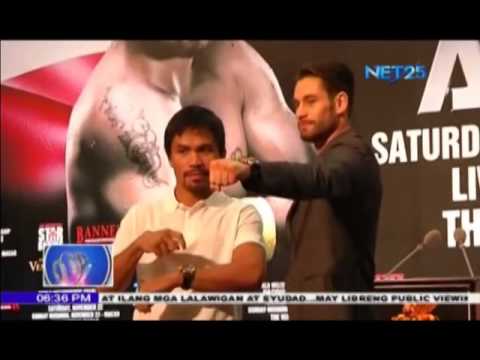 Manny Pacquiao himself aid that Algieri will face a “younger” Pacquiao -referring to the boxer who defeated Oscar de la Hoya and others. 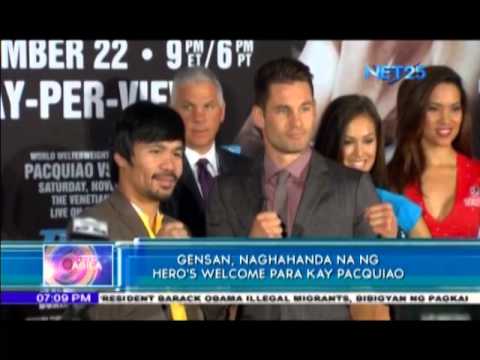 The local government of General Santos City is already preparing for a hero’s welcome after Manny Pacquiao’s fight with Algieri this coming Sunday. 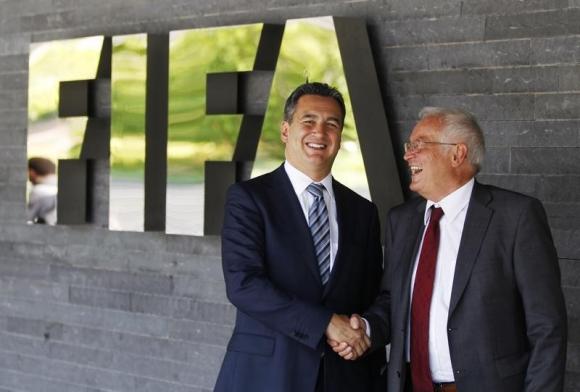 (Reuters) – FIFA ethics and investigator Michael Garcia have met for the first time since their public disagreement and agreed a report into the 2018/2022 World Cups bid process should be further reviewed. They decided on Thursday that Garcia’s report on his investigation into the turbulent bidding process would be sent to the chairman of FIFA’s audit and compliance committee, Domenico Scala, who would in turn decide how much of the report should be sent […] 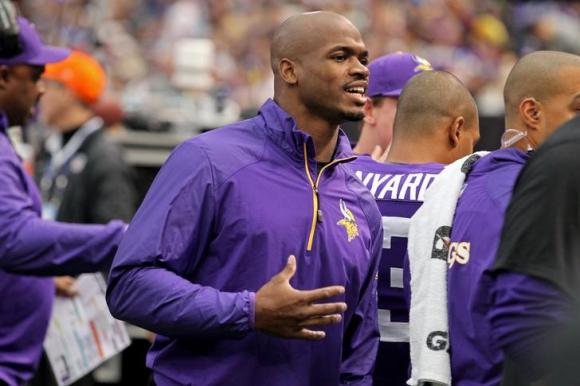 (Reuters) – Minnesota Vikings star running back Adrian Peterson was suspended by the National Football League without pay for at least the remainder of the 2014 season on Tuesday for committing an “incident of abusive discipline” on his 4-year-old son. The action taken by Commissioner Roger Goodell against one of the NFL’s marquee performers comes as America’s most popular sports league struggles to contain a scandal sparked by domestic violence incidents involving several players. The […] 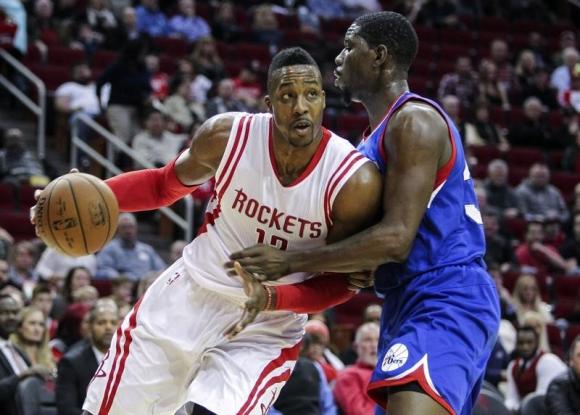 (Reuters) – Authorities in Georgia are investigating child abuse allegations against National Basketball Association star Dwight Howard, a center for the Houston Rockets who is among the league’s marquee performers, police said on Tuesday. The allegation against the basketball star comes amid heightened attention to domestic violence incidents involving professional athletes including NFL star Adrian Peterson, who was suspended on Tuesday for “abusive discipline” on his 4-year-old son. Police declined to elaborate on the details […] 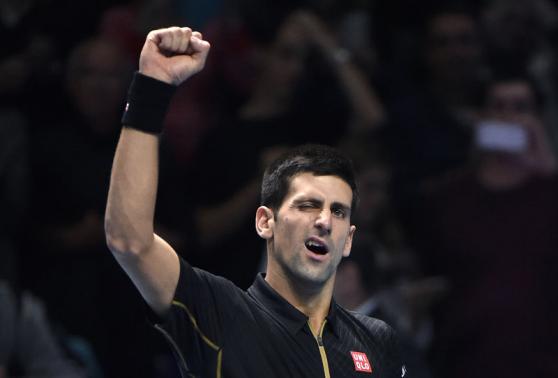 (Reuters) – A mouth-watering finale to the season ended before it even began on Sunday when Roger Federer was forced to pull out through injury prior to his ATP World Tour Final showdown with world number one Novak Djokovic. The 33-year-old Swiss, who spent two hours 48 minutes defeating compatriot Stanislas Wawrinka in a brutal semi-final the previous night, announced his decision on court as the 17,000-seat O2 Arena filled up. It meant Djokovic became the first man […] 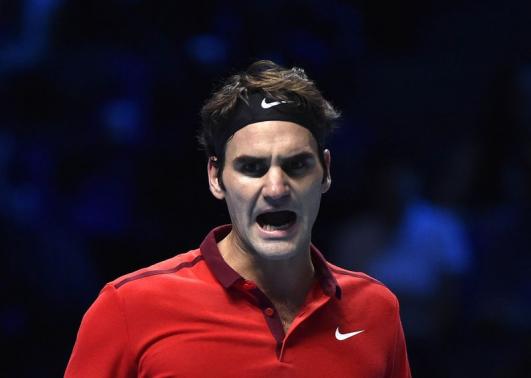 (Reuters) – Six-times champion Roger Federer survived a late-night Swiss semi-final thriller against Stanislas Wawrinka on Saturday to set up an ATP World Tour Finals showdown against Novak Djokovic. After a week of one-sided group stage action at London’s O2 Arena, the season-ender burst to life with world number one Djokovic battling past Japan’s Kei Nishikori after a mid-match meltdown before Federer saved four match points in a near three-hour duel with compatriot Wawrinka. Federer […] 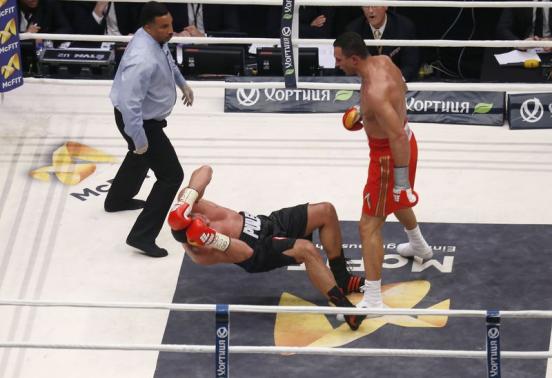 (Reuters) – World heavyweight champion Vladimir Klitschko knocked out Bulgarian challenger Kubrat Pulev with a fierce left hook in the fifth round on Saturday to retain his IBF title and end his opponent’s unbeaten record. The 38-year-old Klitschko, who also holds the WBO, IBO and WBA titles, knocked down the 33-year-old twice in the opening round as Pulev initially struggled to keep his taller opponent at a distance. The Bulgarian, who had won his previous […] 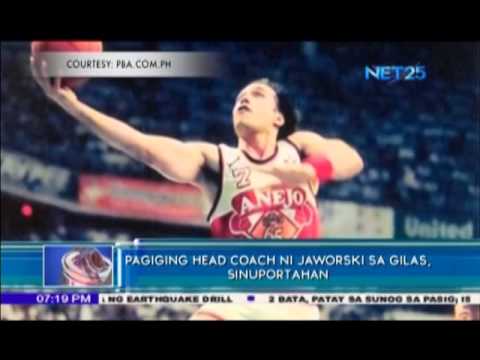 Two basketball legends extend their agreement at the possibility of former Senator Robert Jaworski becoming the next coach of Gilas Pilipinas. Despite the news that Manny Pacquiao is developing a new fighting style, his opponent Chris Algieri said that he is prepared for it. (Reuters) – For 15 minutes Novak Djokovic appeared to have a fight on his hands at the on Wednesday, then the Serb dialed up his A game and tore Stanislas Wawrinka to pieces. Such was the perfection of his tennis for most of a 6-3 6-0 thrashing it is hard to argue against him crowning his year as world number one and with a hat-trick of titles at the ATP’s year-ending showpiece. The 27-year-old has […] 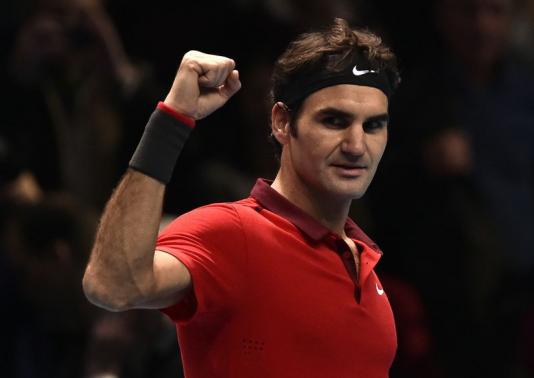 (Reuters) – Roger Federer’s class shone like a beacon over the murky waters of round-robin tennis with a 6-3 6-2 defeat of Kei Nishikori at the ATP World Tour Finals on Sunday before Andy Murray stayed afloat by defeating Milos Raonic. The 33-year-old Swiss maestro, bidding for a seventh title at the ATP’s year-ending shootout, oozed confidence as he racked up his second consecutive victory in Group B. However, Murray’s 6-3 7-5 defeat of big-serving […]