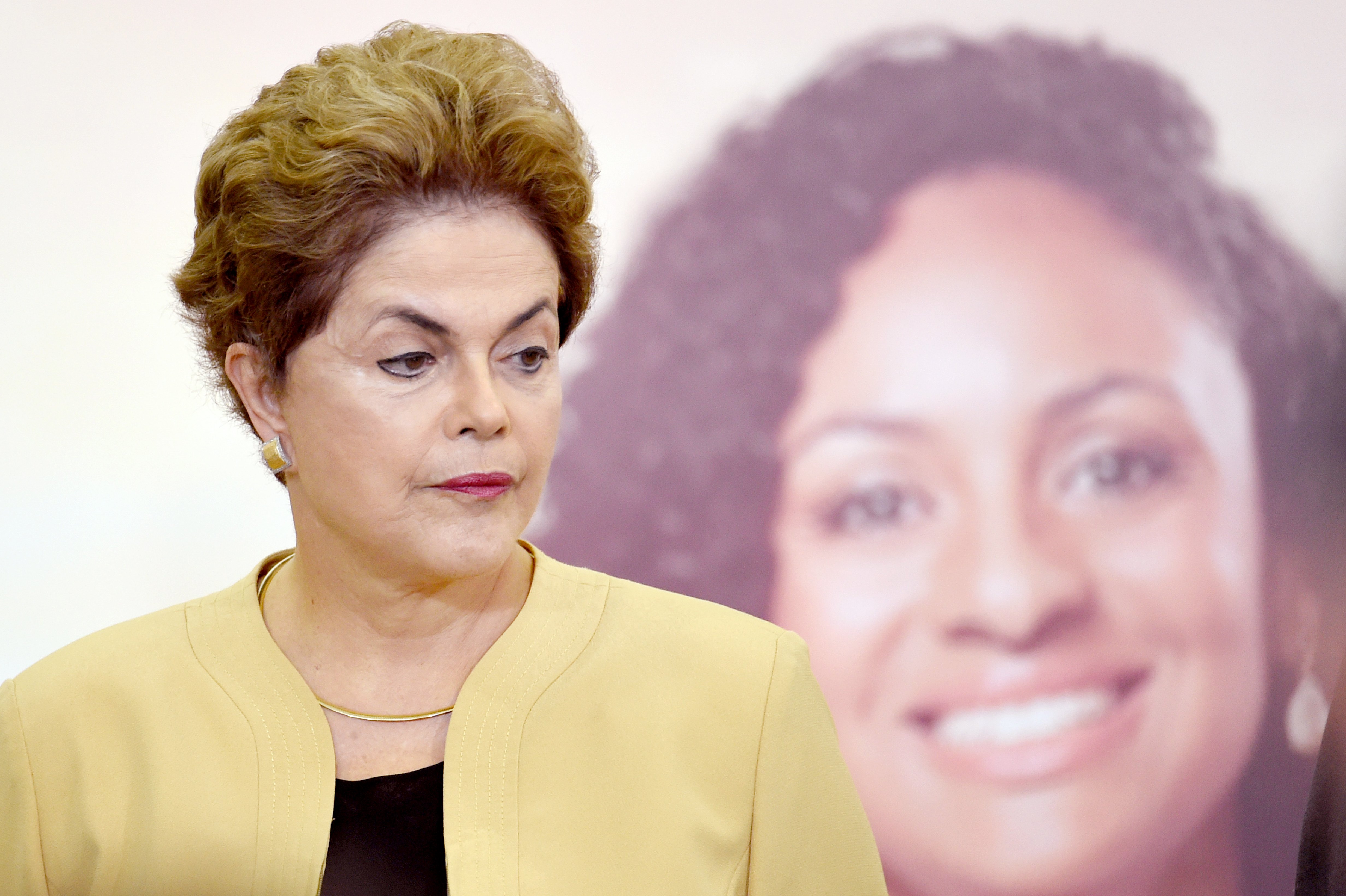 by Sebastian Smith RIO DE JANEIRO , Brazil (AFP) — Dilma Rousseff greets the Olympic flame in Brazil on Tuesday, but the pomp and ceremony will seem empty to a president likely to be suspended from office just a week later. The arrival of the flame in Brasilia from an ancient Greek temple via Switzerland will trigger a three-month countdown to the Rio de Janeiro Olympics and Brazil’s big chance to shine on the global […] 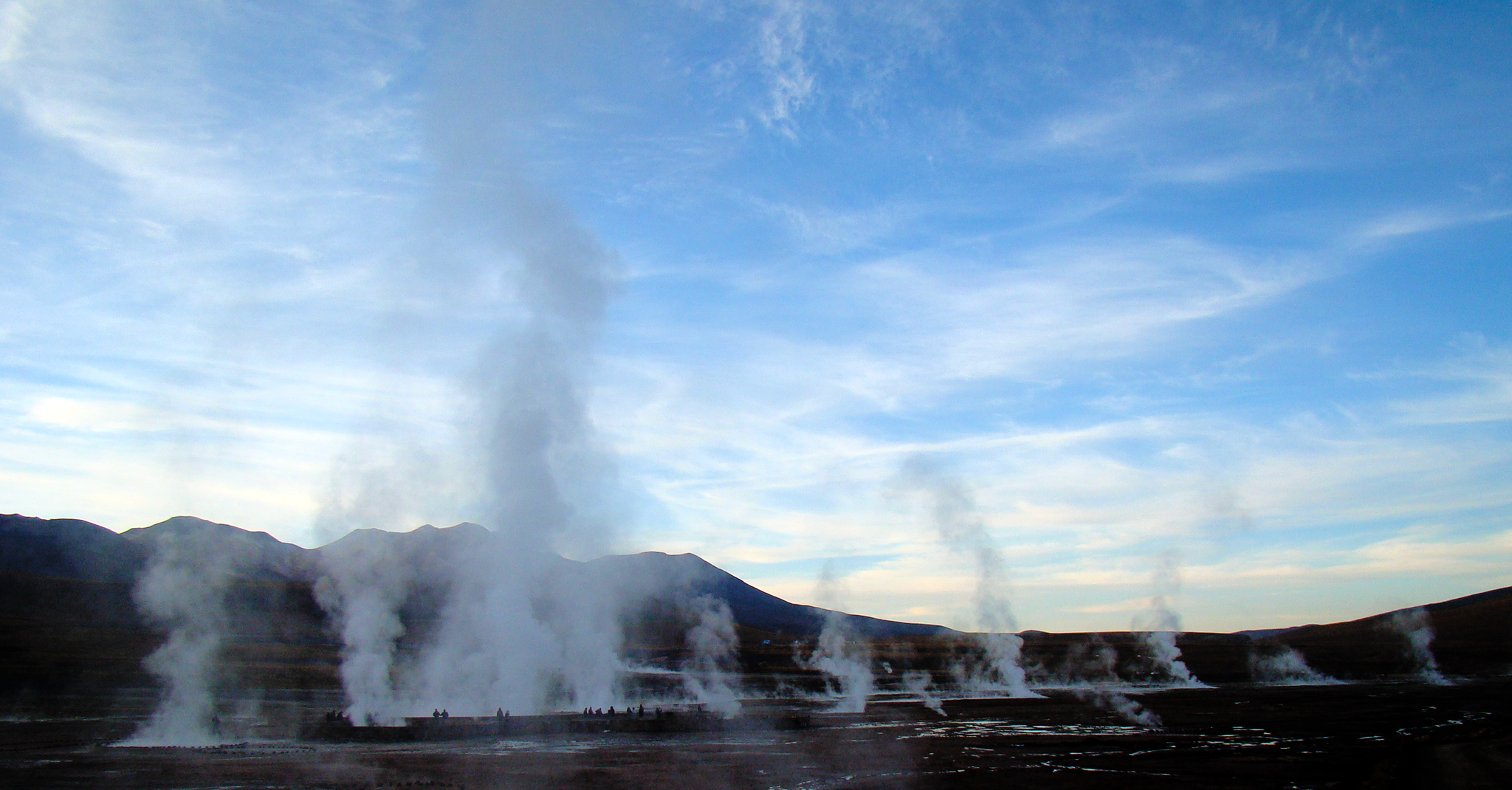 by Mathilde BELLENGER ALTO PATACHE , Chile (AFP) — Every morning at dawn, a thick mist known as “The Darkness” blows in from the Pacific to the edge of the Atacama Desert, the most arid place in the world. After tantalizing the northern Chilean desert with the promise of moisture, the mist evaporates in the sun, leaving the heat to bake the stark lunar landscape. But the South American country is researching how to use […] 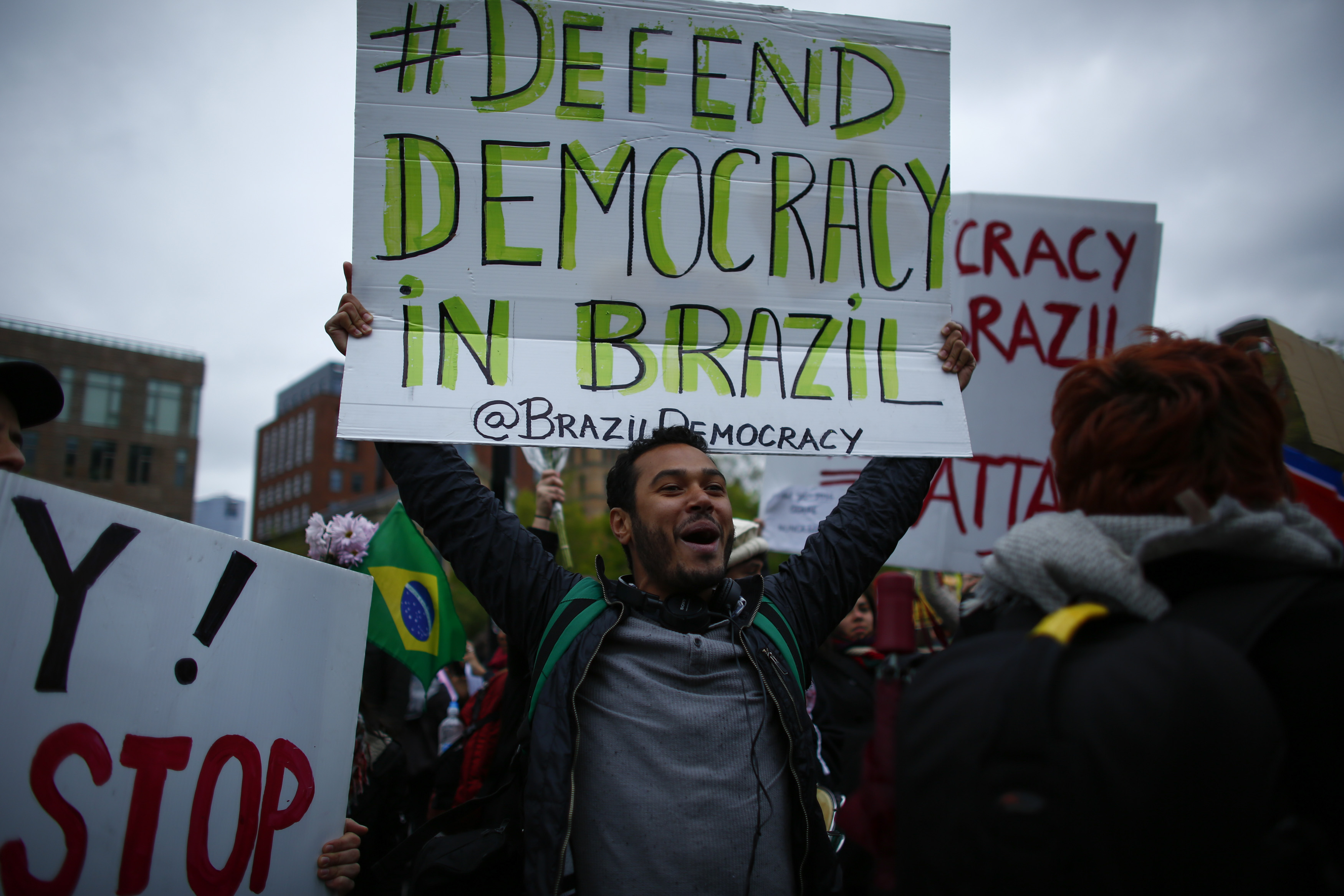 by Natalia RAMOS SAO PAULO , Brazil (AFP) — Brazil’s embattled leftist President Dilma Rousseff vowed at a protest Sunday to go down fighting ahead of what could be her final full week in power before impeachment. Thousands of people attended May Day rallies organized by labor unions in cities across Latin America’s biggest country, with Rousseff telling a crowd in the financial powerhouse Sao Paulo that she would “fight to the end.” The traditional […] 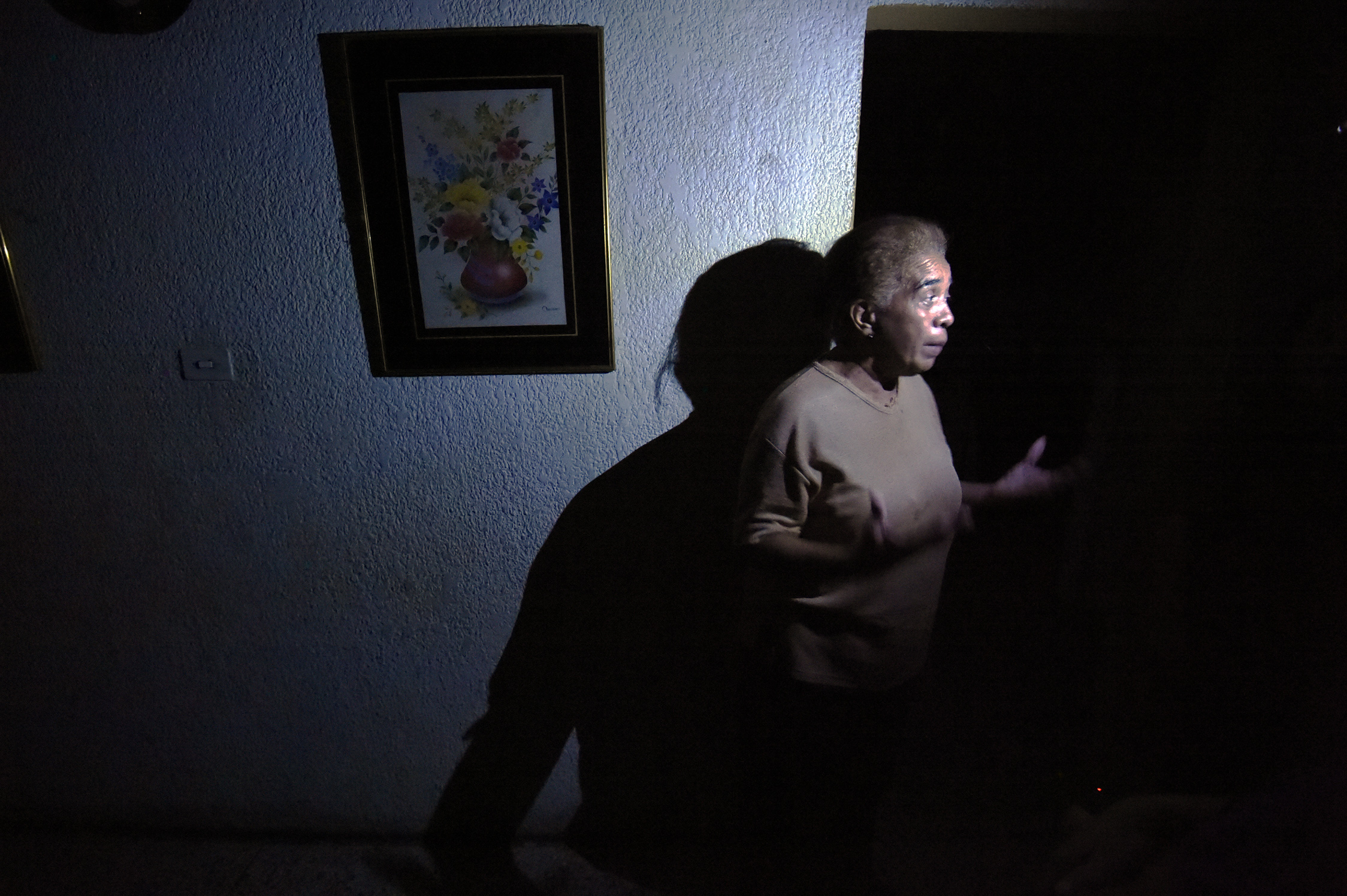 Crisis-hit Venezuela sets clocks ahead to save power

by Ernesto TOVAR CARACAS , Venezuela (AFP) — With their country gripped by an economic crisis, Venezuelans lost half an hour of sleep Sunday as their clocks were set forward to save power on President Nicolas Maduro’s orders. At 2:30 am local time, the oil-dependent South American nation shifted its time ahead by 30 minutes — to four hours behind Greenwich Mean Time. The move, announced in mid-April, is part of a package of measures […] 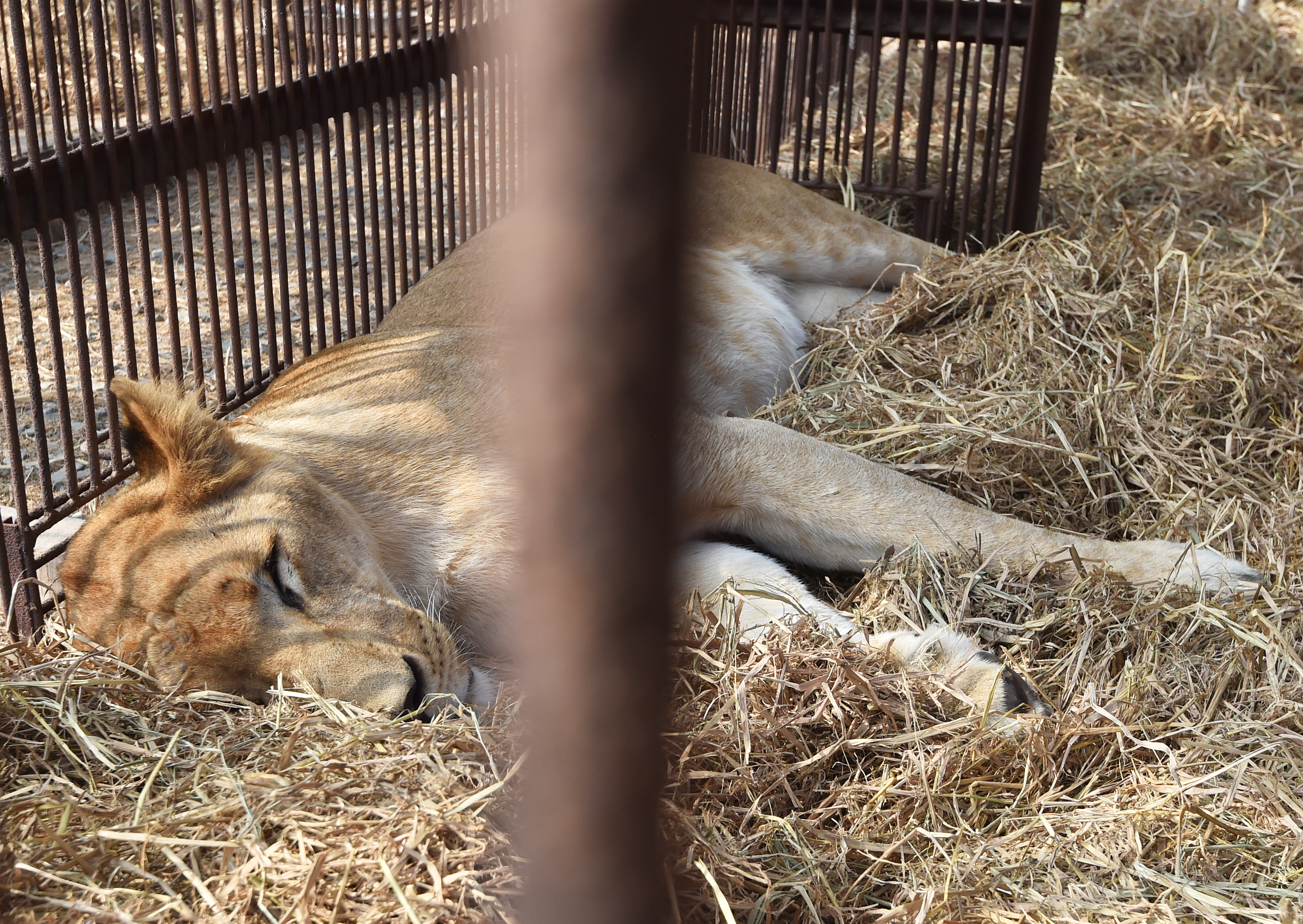 Planeload of 33 rescued lions to fly from Peru to S. Africa

by Luis Jaime CISNEROS LIMA , Peru (AFP) — A planeload of 33 lions rescued from abuse in Peruvian and Colombian circuses will fly to South Africa Friday in what campaigners call the largest ever airlift of big cats. The lions, with names such as Zeus and Shakira, were freed after the use of wild animals in circuses was outlawed in Peru in 2011 and Colombia in 2013. They have been rounded up with the […] 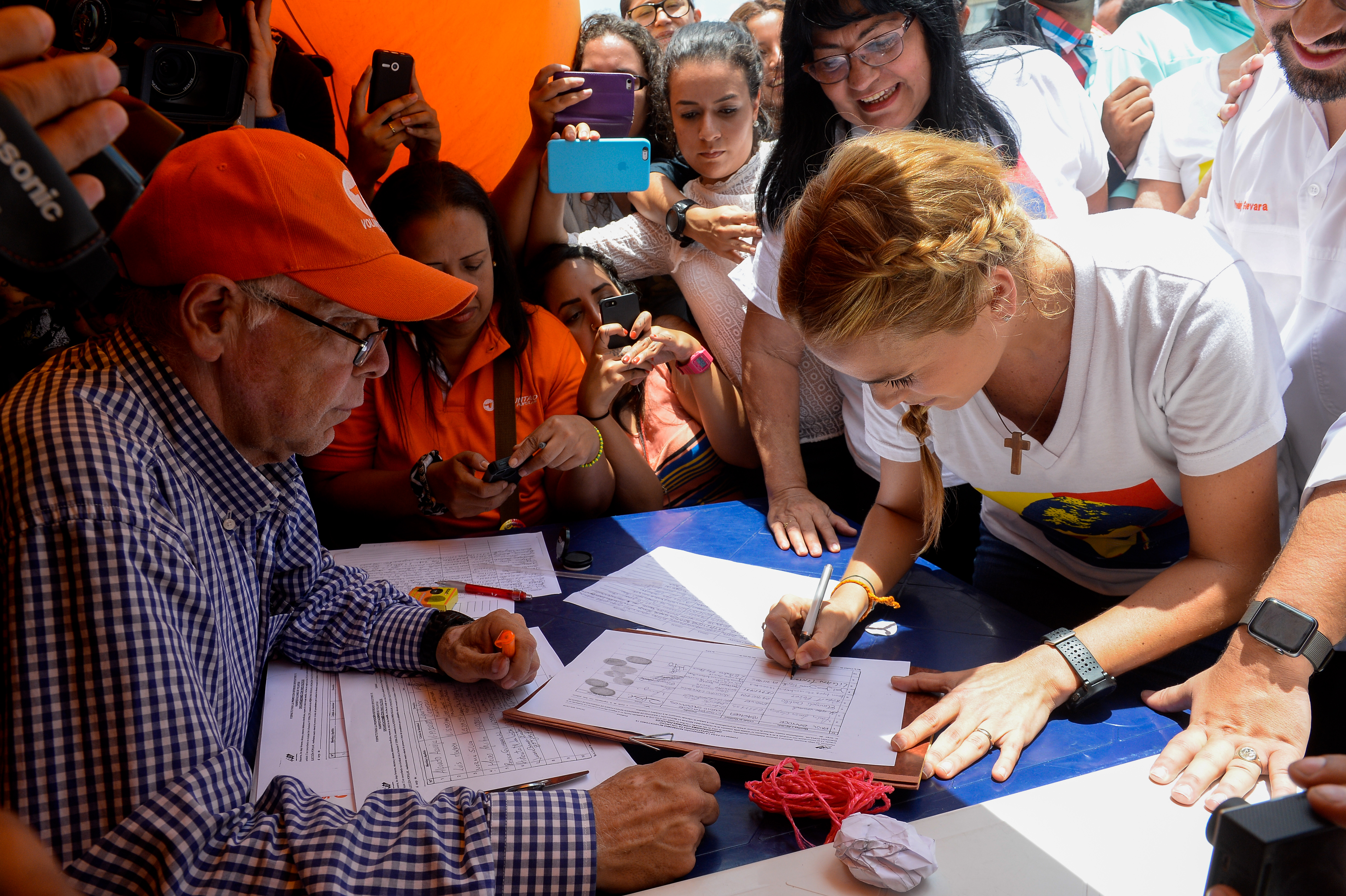 by Alexander MARTINEZ CARACAS , Venezuela (AFP) — Venezuela’s opposition tried to sack the food minister Thursday for shortages in the crisis-hit country and claimed a million people backed its call for a referendum to remove the president. President Nicolas Maduro promptly rejected the demand, the latest offensive in the battle to replace the government over a crisis that has families queuing up for food rations. “We are facing the worst food emergency in Venezuela’s […] 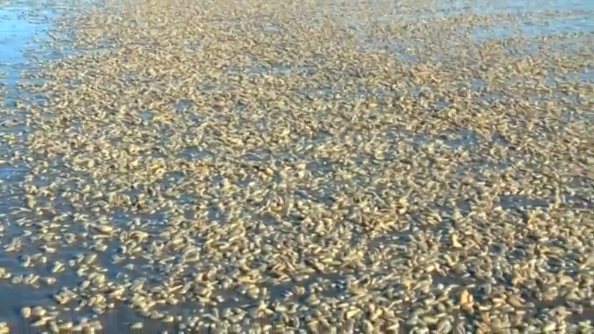 ISLA DE CHILOE, Chile (Reuters) — Thousands of molluscs, such as clams and mussels, were found stranded on the island of Chiloe, located in southern Chile, after being infected by a toxic red tide. In a statement on its website, the Chilean Navy said the molluscs were found in Playa Grande de Cucao, Huentemo and Chanquin, all islands belonging to the archipelago of Chiloe. Smaller quantities of crabs were also spotted in an area covering […] 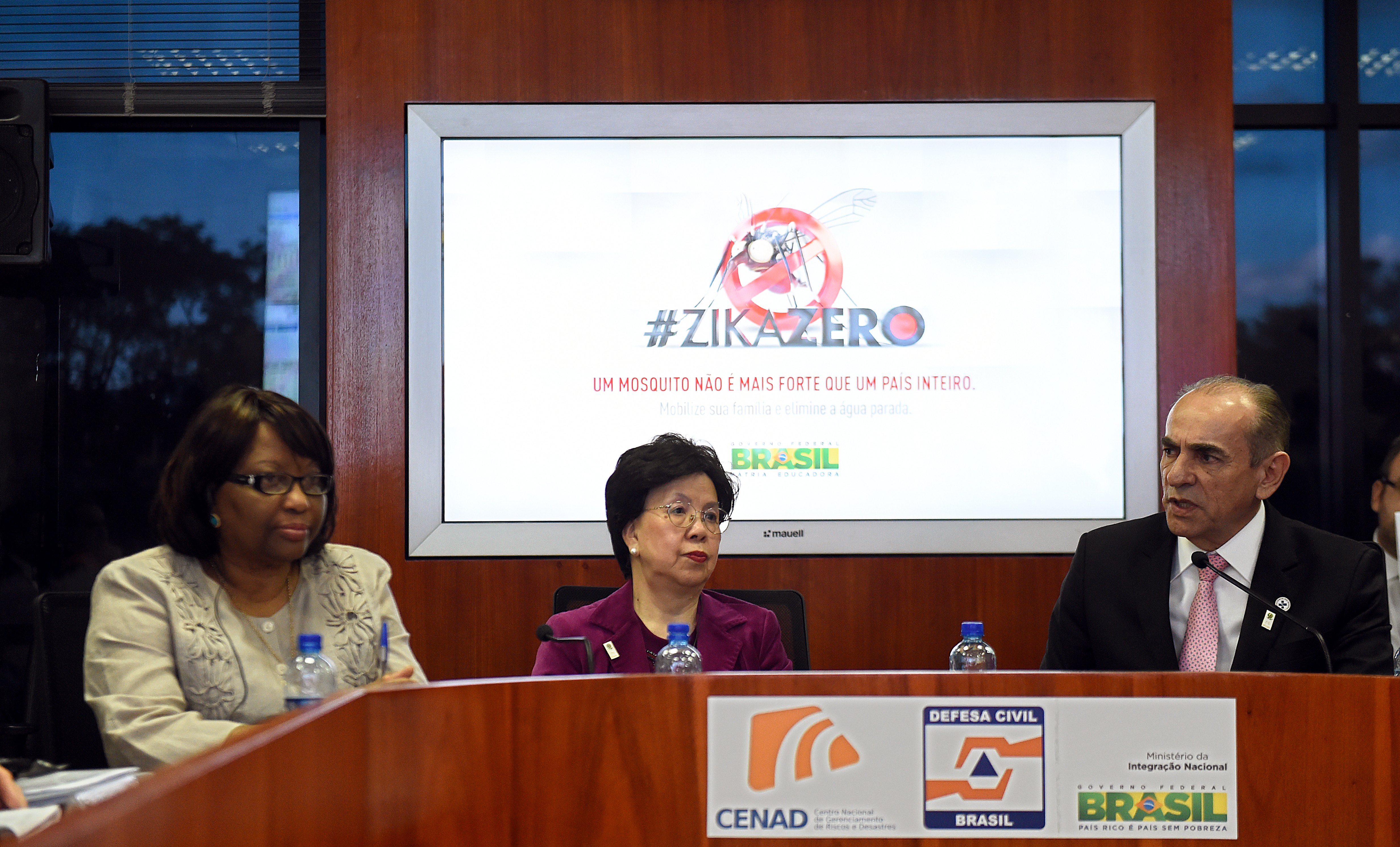 BRASILIA, Brazil (AFP) Wednesday 4/27/2016 – Brazil’s outbreak of Zika — which has been linked to the devastating microcephaly birth defect in newborns — has topped 91,000 cases, health officials said on Tuesday. Between January 3 and April 2, 91,387 suspected cases of Zika were reported, with a disproportionate share (30,286) in the poorer northeast of the country, the Health Ministry said. Three people have died of the mosquito-borne virus, it said. Despite a flurry of research, very […]

CARACAS, Venezuela (AFP) — Venezuela’s government Tuesday announced enforced leave for public sector workers from Wednesday to Friday, meaning they will only work two days a week in efforts to tackle an electricity shortage. “There will be no work in the public sector on Wednesdays, Thursdays and Fridays, except for fundamental and necessary tasks,” Vice President Aristobulo Isturiz said in a television broadcast. © 1994-2016 Agence France-Presse The death toll from Ecuador’s devastating 7.8 magnitude earthquake rose to 602 people on Friday, as dozens of aftershocks shook cities and towns around the country, spooking residents but causing no further damage. Saturday’s quake, the worst in nearly seven decades, injured 12,492 people and left 130 missing, emergency management authorities said in a bulletin. Survivors were shaken again late on Thursday night when a powerful 6.0 magnitude quake struck off Ecuador’s coast about 100 […] 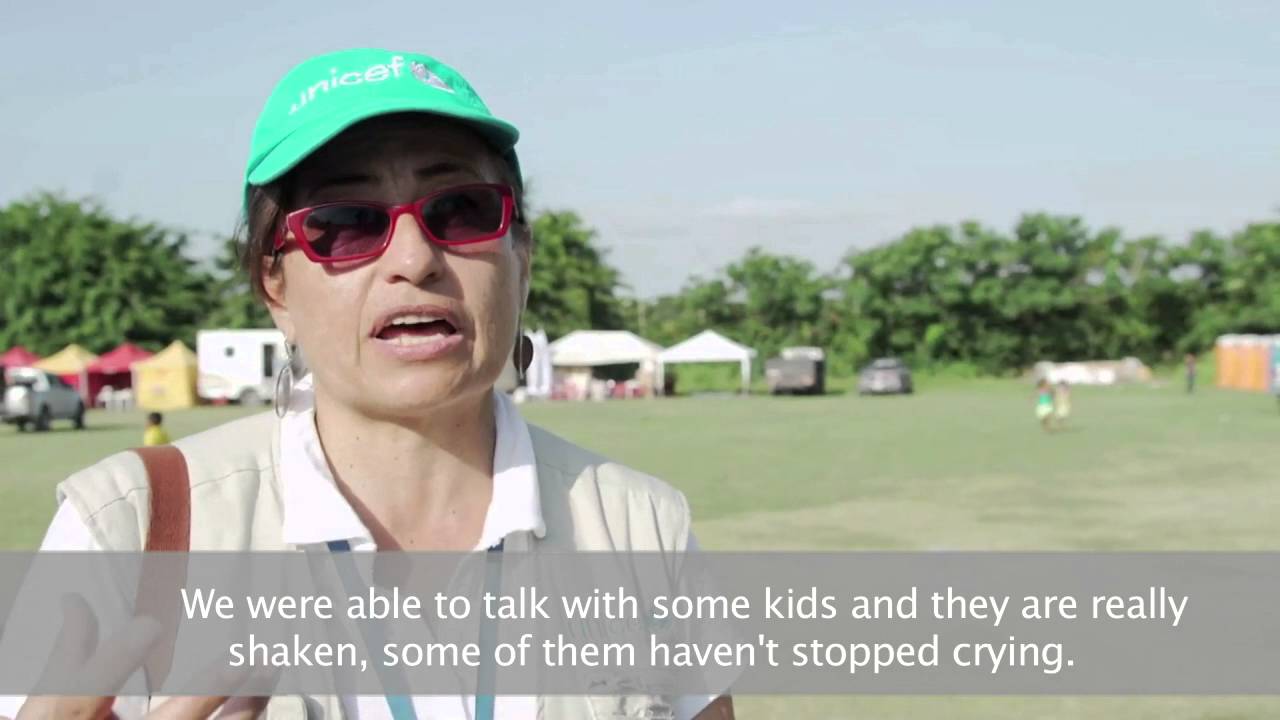 QUITO,Ecuador (AFP) — Earthquake survivors take shelter at a camp in the devastated resort town of Pedernales in Ecuador after a powerful quake killed more than 500 people and injured over 5,000. 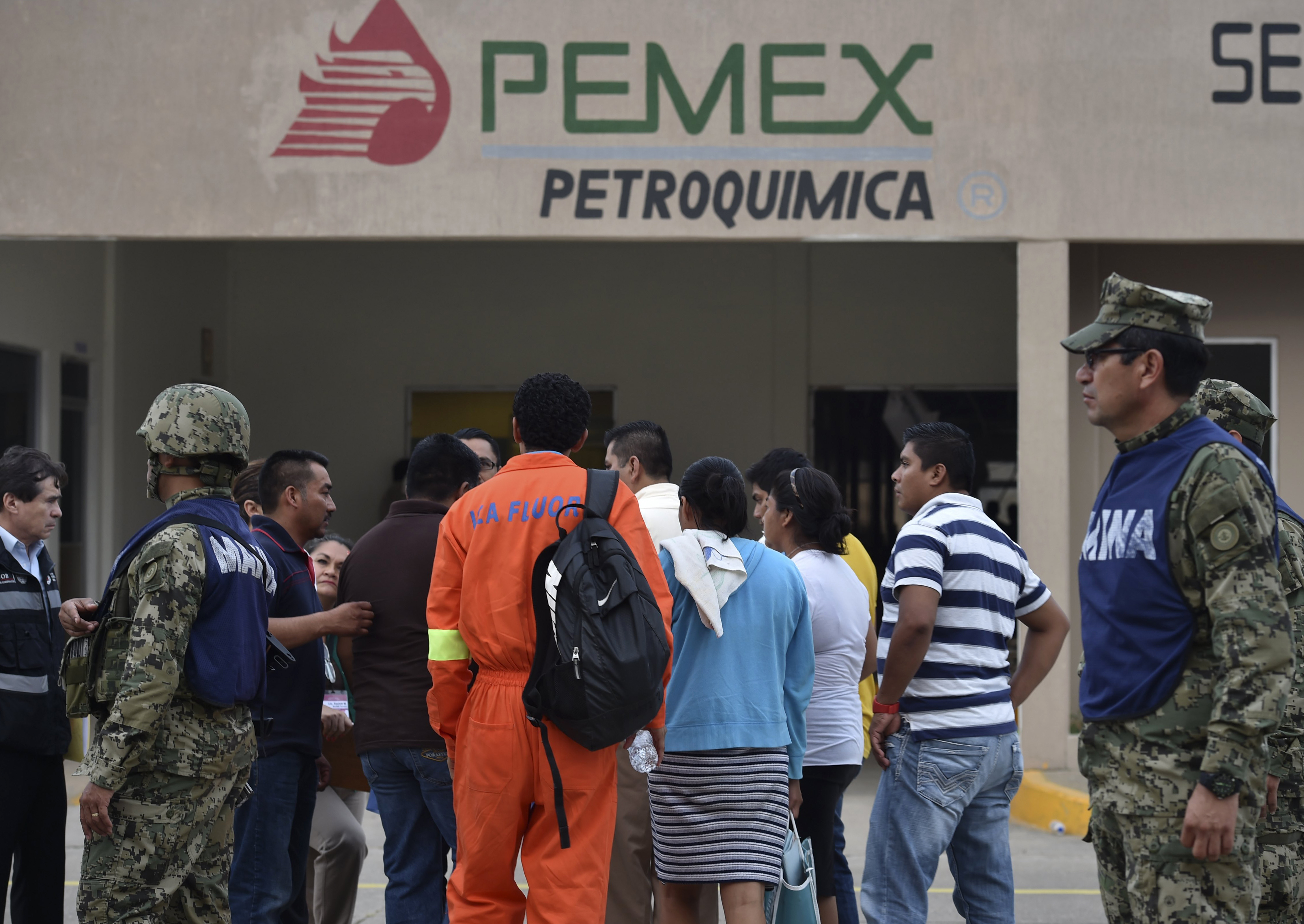 by Ignacio Carvajal Coatzacoalcos, Veracruz State, Mexico (AFP) — Anguished relatives nervously awaited news of their loved ones Thursday outside a Mexican petrochemical plant where an explosion killed at least 24 people and sent toxic smoke billowing into the air. Starting at dawn, family members flocked to a military cordon set up around the plant after Wednesday’s explosion, which blew out the windows of nearby stores and homes and triggered panic among locals still haunted […]