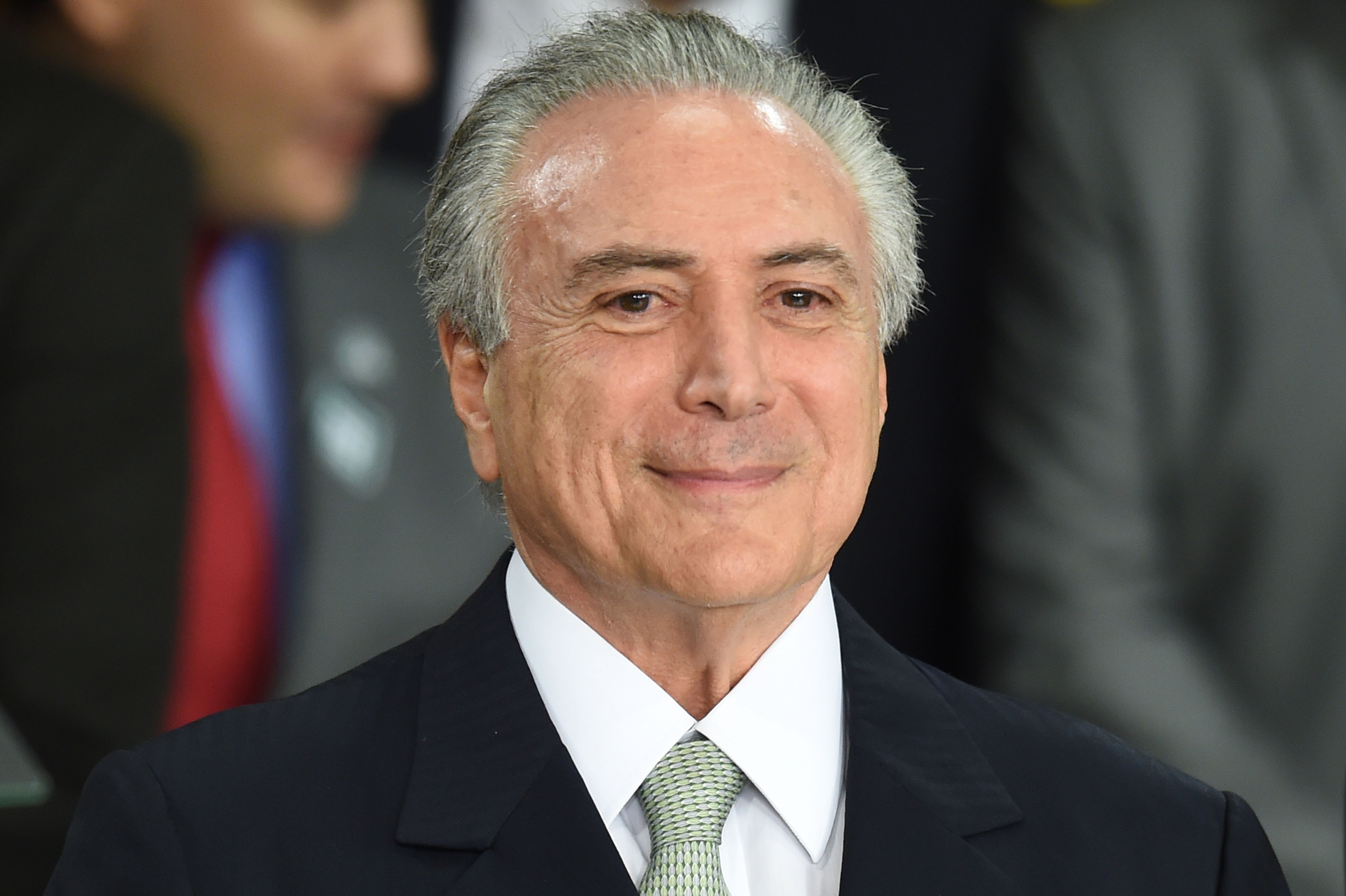 Temer dives into tough new job: save Brazil in crisis

by Sebastian Smith BRASILIA , Brazil (AFP) — Brazil’s interim president Michel Temer kicks off his new administration Friday, seeking to resuscitate the economy and steer clear of the corruption scandal that helped bring down his predecessor. The former vice president installed a business-friendly cabinet Thursday, just hours after senators voted to suspend his boss-turned-nemesis, Dilma Rousseff, and open an impeachment trial against her. The tumultuous transfer of power ended 13 years of rule by […]

Presidential air base briefly locked down after bomb threat

WASHINTON, United States (AFP) — Joint Base Andrews, the military air base that is home to the US president’s plane Air Force One, was briefly placed on lock-down Thursday after a woman claimed to be wearing a bomb. “At approximately 5:15 p.m. today, a woman walked into the Visitor Control Center on JBA and claimed to have a bomb strapped to her chest,” the base said on Twitter. “Once emergency responders arrived, the individual was […] 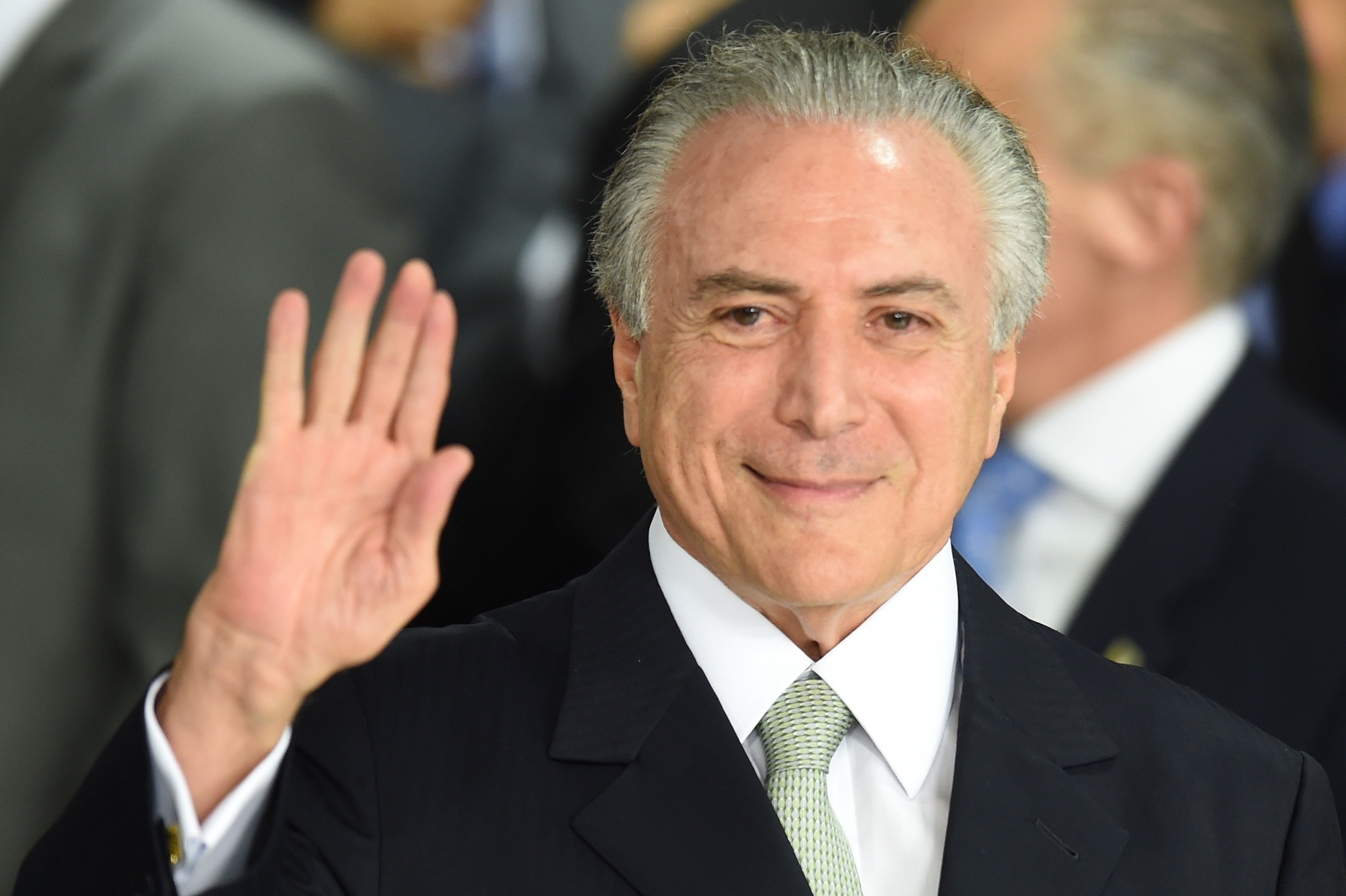 BRASILIA , Brazil (AFP) — Brazil’s acting president Michel Temer said Thursday his new cabinet must work to restore the country’s “credibility,” in his first address after assuming power from suspended predecessor Dilma Rousseff pending her impeachment trial. “We must significantly improve the business environment for the private sector… and rebalance the government’s budget,” the center-right leader said after installing his new business-friendly cabinet in a ceremony at the presidential palace, ending 13 years of […] 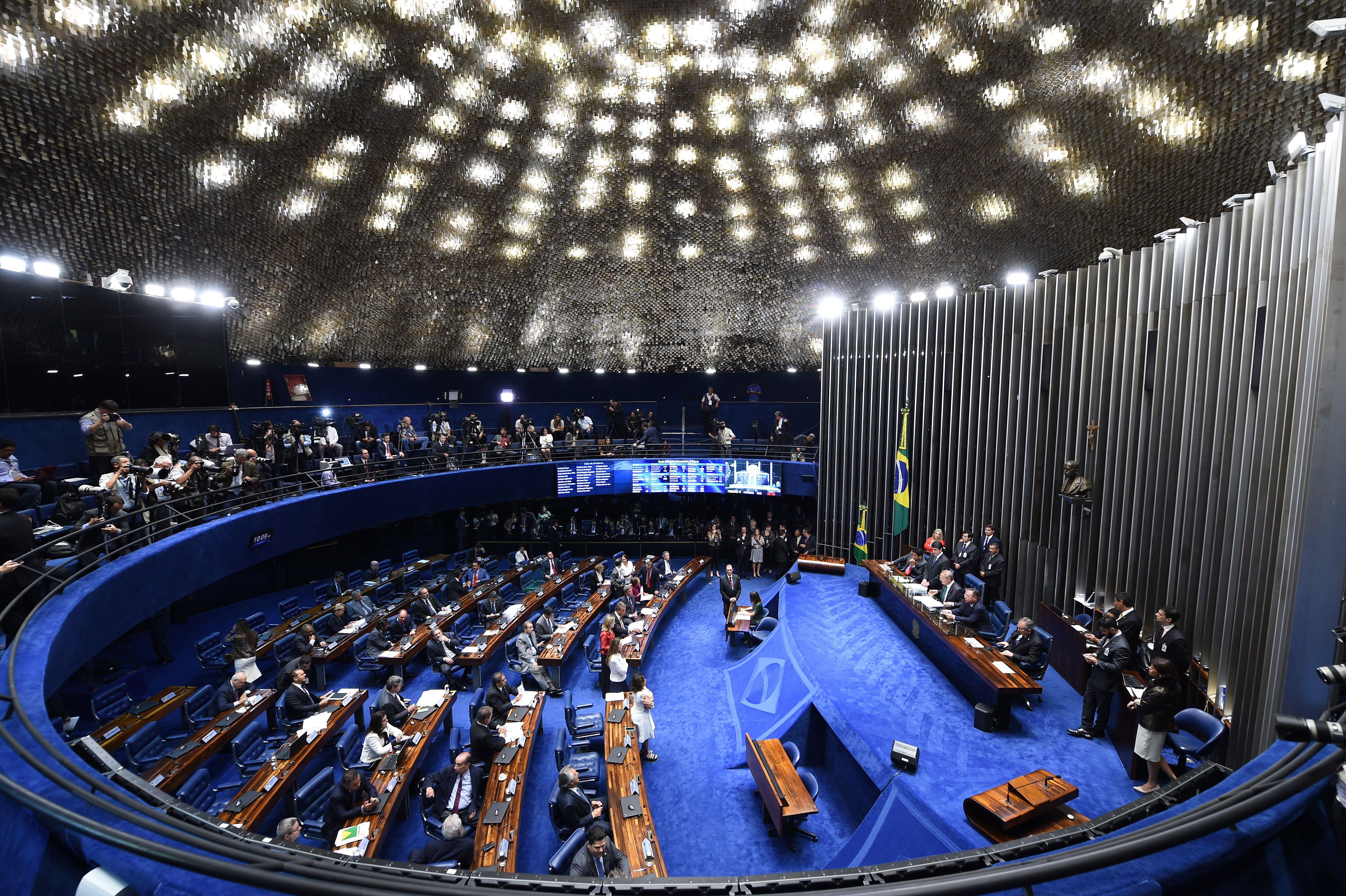 by Sebastian Smith BRASILIA, Brazil (AFP) — Brazilian President Dilma Rousseff prepared Thursday to cede power to her vice president-turned-enemy, Michel Temer, after a majority of the Senate backed suspending her and opening an impeachment trial. With a marathon 17-hour debate continuing through the night ahead of a vote, the writing was already on the wall for Brazil’s first female president. Only a simple majority of the 81-member Senate is required to suspend Rousseff for […]

(REUTERS) — Brazil’s President Dilma Rousseff said on Tuesday (May 10) that the country was going through a decisive moment as the Brazilian leader looks to the Supreme Court in a last-ditch attempt to stay in office a day before the Senate will likely vote to try her for breaking budget laws. Attorney General Eduardo Cardozo, the government’s top lawyer, asked the Supreme Court to annul impeachment proceedings arguing they were politically motivated and had […] 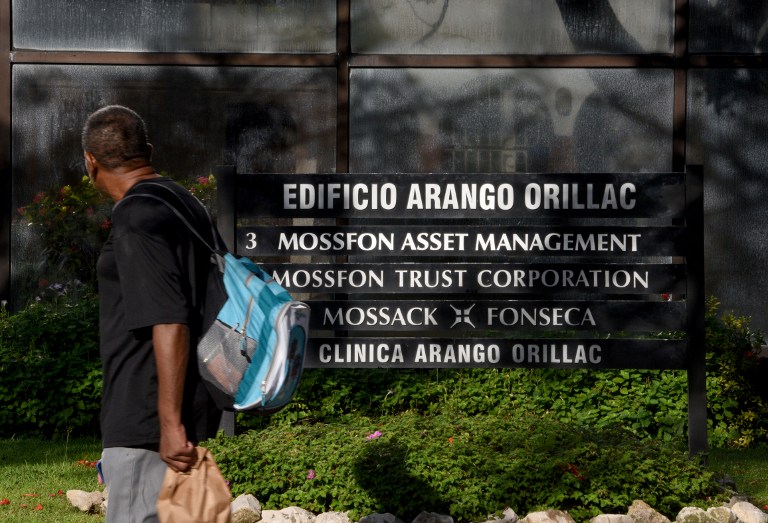 WASHINGTON, United States (AFP) by Paul Handley The International Consortium of Investigative Journalists on Monday published online detailed data from the Panama Papers trove on more than 200,000 secret offshore companies. The searchable database built on just a portion of the documents leaked from the Panama law firm Mossack Fonseca reveals more than 360,000 names of individuals and companies behind the anonymous shell firms, the ICIJ said. Reports already published in April based on the explosive […] 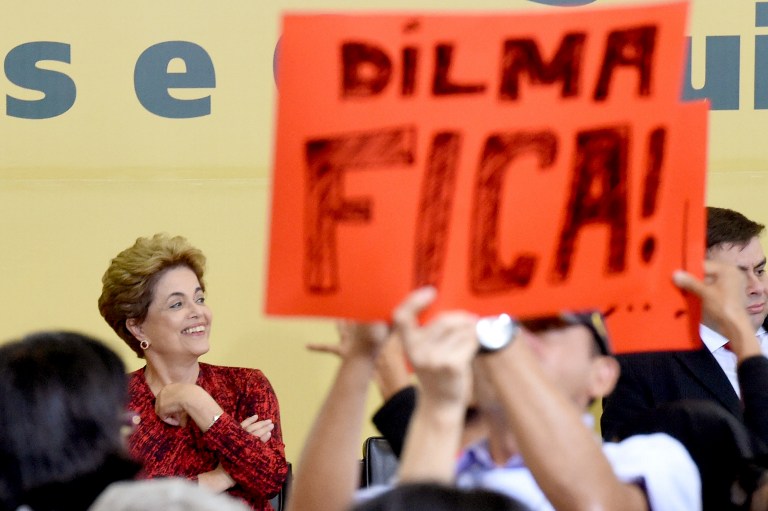 BRASILIA Brazil (AFP) – by Damian Wroclavsky The impeachment of Brazilian President Dilma Rousseff was thrown into confusion Monday when the acting speaker of the lower house of Congress annulled the April vote by lawmakers that launched the process. Just days before the Senate seemed near certain to suspend Rousseff for six months and open an impeachment trial, the new leader of the lower house threw a spanner in the works — dramatically ramping up the […] 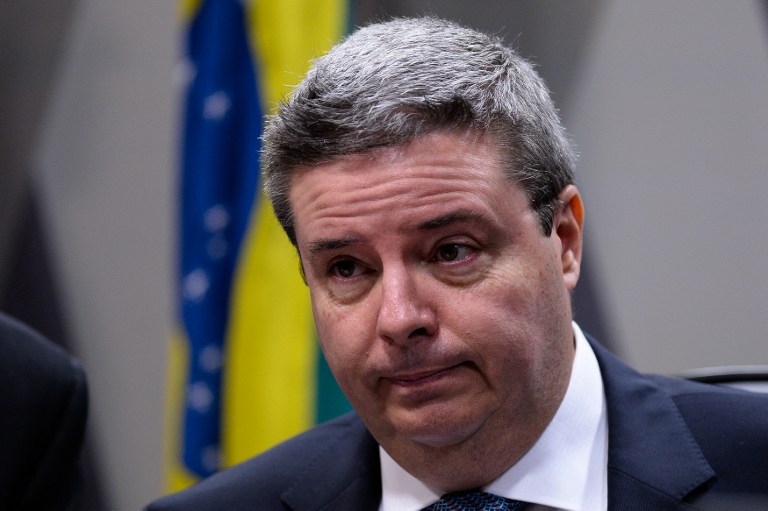 BRASILIA, Brazil (AFP) – by Damian Wroclavsky A special committee in Brazil’s Senate was to vote Friday on whether to recommend starting an impeachment trial against President Dilma Rousseff who faces being suspended from office in less than a week. The committee’s decision is non-binding but marks the last formal stage before the full Senate votes Wednesday on whether to put the leftist leader on trial. With a ‘yes’ almost certain, Rousseff is preparing to […]

Controversial Peruvian Nobel Laureate Mario Vargas Llosa told media in Buenos Aires on Thursday (May 5) that Argentina was on the verge of becoming Latin America’s second Venezuela until it voted in conservative President Mauricio Macri, bringing an end to more than a decade of free-spending leftist populism with a promise to open up the ailing economy to investors. The upset ended 12 years of Peronist-run governments under former leader Cristina Fernandez and her late […] 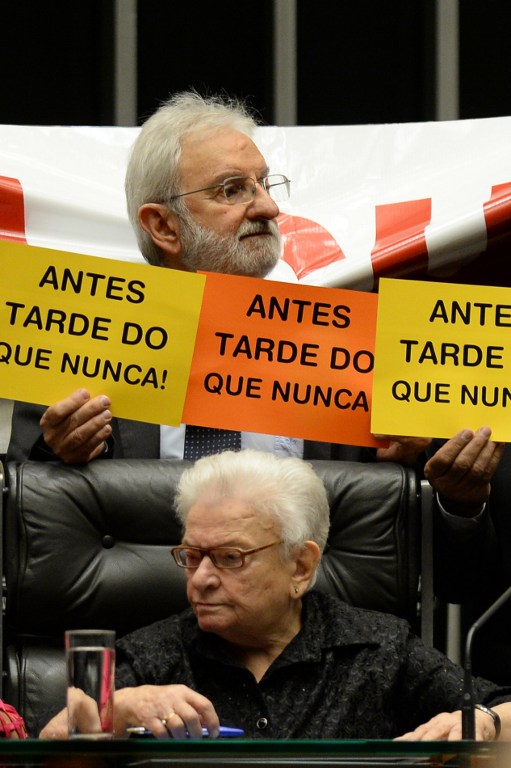 BRASILIA, Brazil (AFP) — by Damian Wroclavsky A Brazilian Supreme Court justice on Thursday suspended Eduardo Cunha, the senior lawmaker at the center of efforts to impeach President Dilma Rousseff, citing his attempt to obstruct a probe into his alleged corruption. The speaker of Brazil’s lower house of Congress is the architect of the impeachment drive which is expected to see Rousseff forced to step aside from office on Wednesday. Cunha’s dramatic setback was not […] 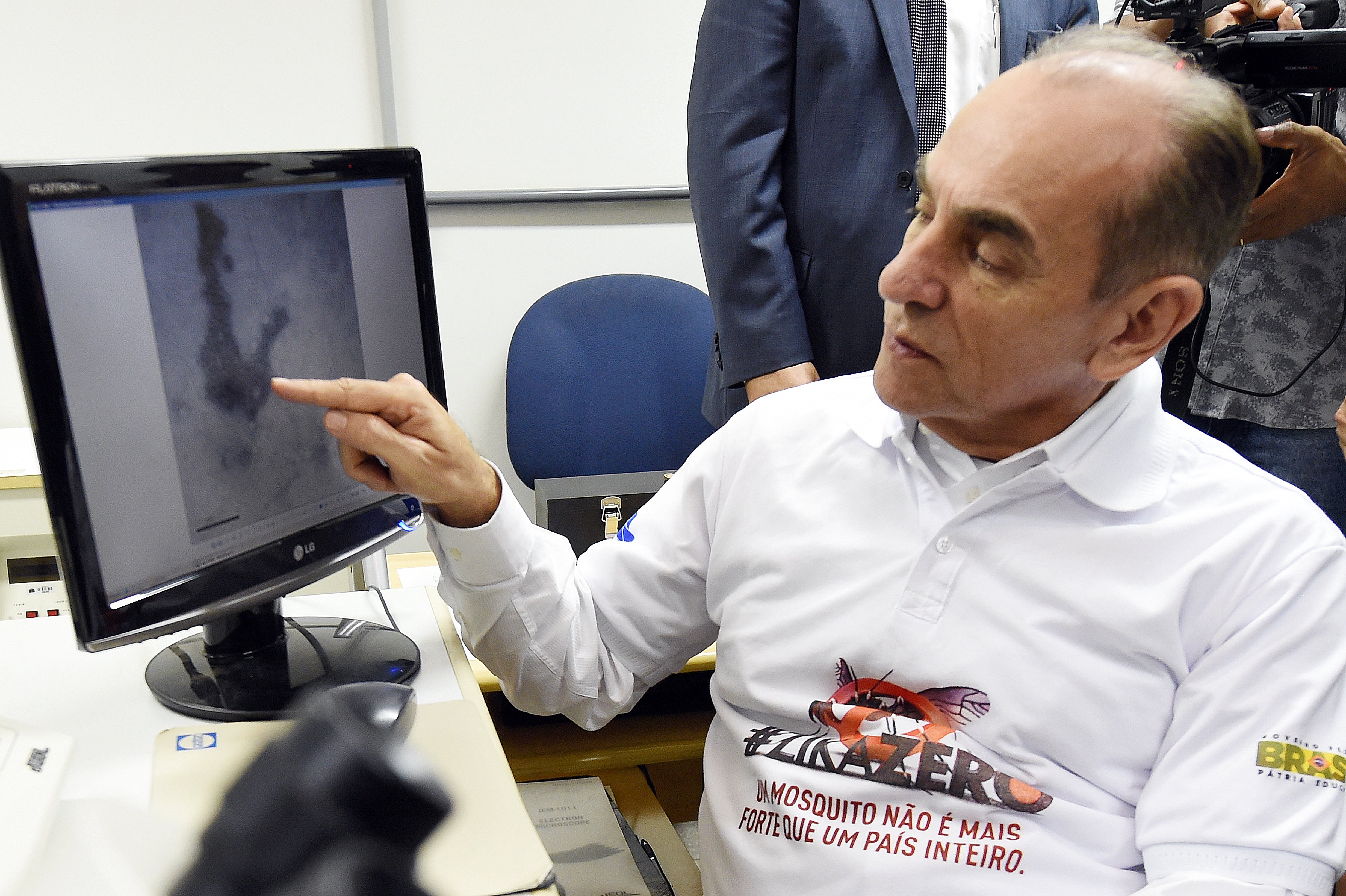 BRASILIA , Brazil (AFP) — Brazil’s outbreak of Zika which has been linked to the devastating microcephaly birth defect in newborns in 1,271 cases since October has also killed 57 of those babies, authorities said Wednesday. The Health Ministry said in that as of April 30, 3,580 suspected cases had been reported and that another 2,492 were ruled out as false alarms. While 57 babies were known to have died of the condition, another 178 […] 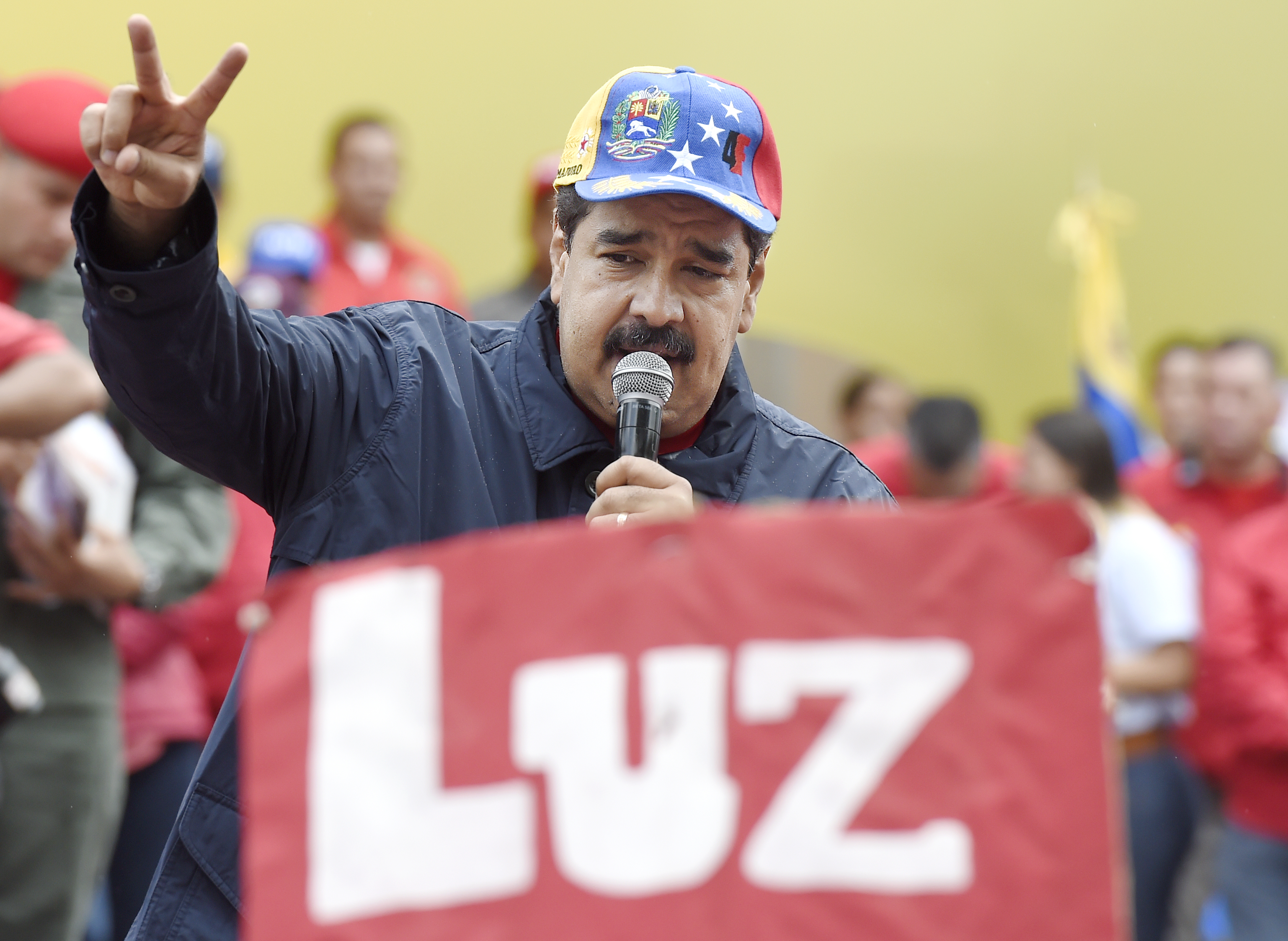 by Maria Isabel SANCHEZ CARACAS, Venezuela (AFP) — Venezuela’s embattled President Nicolas Maduro said Tuesday he would allow a referendum vote on removing him from power if electoral officials validate the 1.85 million signatures submitted on a petition. Opposition leaders on Monday had presented reams of signatures to election authorities calling for a referendum to remove the man they blame for a crushing economic crisis. “If on this second step, they say that the […]