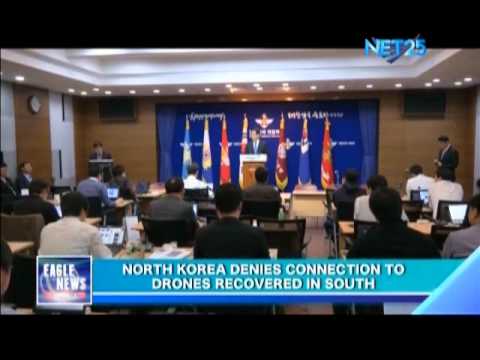 denied any connection to drones or unmanned aerial vehicles recovered by South Korea in recent weeks. 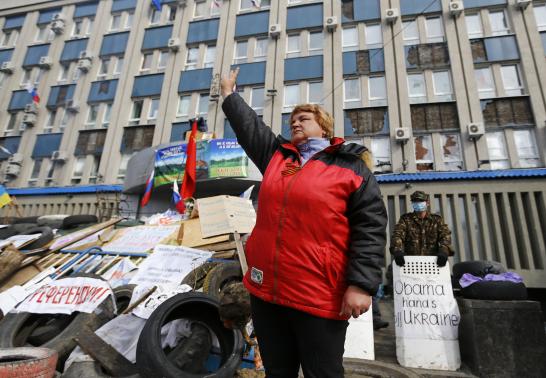 (Reuters) – Towns in eastern Ukraine on Monday braced for military action from government forces as a deadline passed for pro-Russian separatists to disarm and end their occupation of state buildings or face a major “anti-terrorist” operation. As the 9 a.m. (2 a.m. EDT)) deadline issued by authorities in Kiev expired, a Reuters reporter in the flashpoint city of Slaviansk, where armed men had seized two government buildings, said there was no outward sign the […] 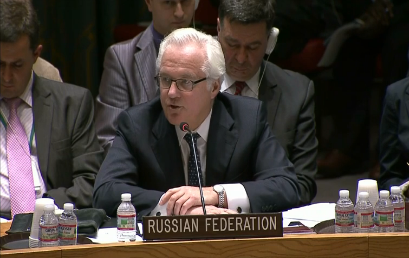 (Reuters) — The United Nations Security Council held an emergency session on Sunday night (April 13) to discuss the escalating crisis in Ukraine, just hours before a deadline by Kiev for pro-Russian separatists to disarm by Monday morning or face a “full-scale anti-terrorist operation” by its armed forces. The Council began meeting at 8 p.m. (0000 GMT on Monday) at Russia’s request afterMoscow called Kiev’s plans to mobilize the army to put down a rebellion by pro-Russian militants in eastern Ukraine “criminal.” Ukraine along with […] 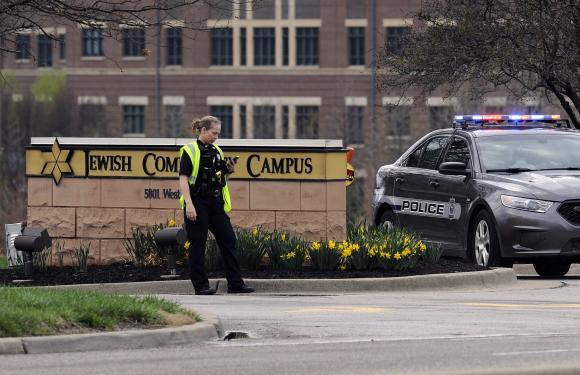 (Reuters) – Three people, including a 14-year-old boy, were killed on Sunday at two different Jewish community facilities in the Kansas City area, and a man was in custody as police investigated whether the shootings were anti-Semitic, authorities said. Police said it was too early to determine a motive, but a leading anti-hate group said the suspect arrested in the shooting was a longtime anti-Semite. “We know it’s a vicious act of violence. Obviously two […] 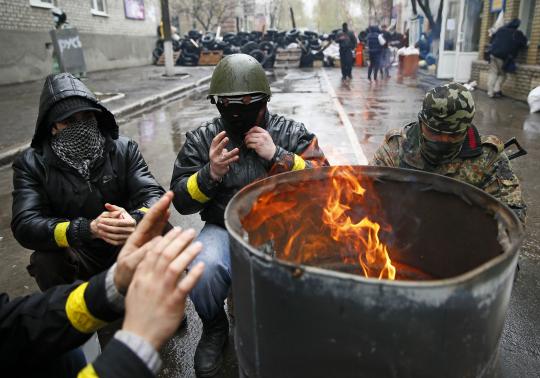 (Reuters) – The United Nations Security Council held an emergency session on Sunday night to discuss the escalating crisis in Ukraine, just hours before a deadline by Kiev for pro-Russian separatists to disarm by Monday morning or face a “full-scale anti-terrorist operation” by its armed forces. The Council began meeting at 8 p.m. at Russia’s request after Moscow called Kiev’s plans to mobilize the army to put down a rebellion by pro-Russian militants in eastern Ukraine […] 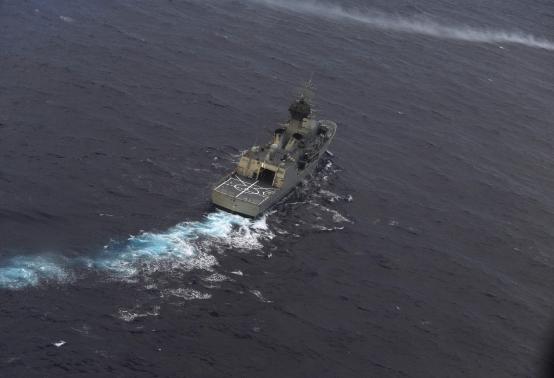 (Reuters) — Visual searches over the Southern Indian ocean continued even as the head of the Australian agency supervising the hunt for a missing Malaysia Airlines plane said on Monday (April 14) that an autonomous underwater vehicle would soon be deployed, moving the search underwater after nearly six weeks of fruitless surveillance. Australian authorities said an oil slick was located in the search area on Sunday (April 13), thought they added they were pessimistic about the likelihood of finding […] 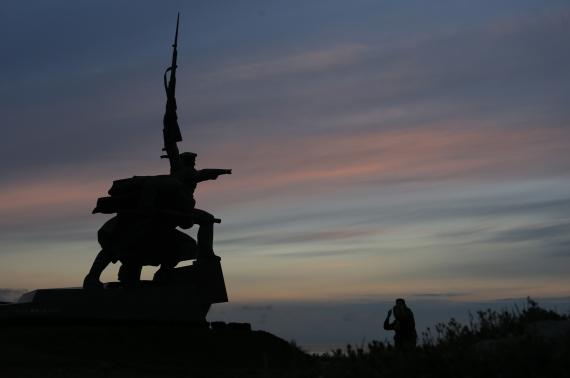 Western nations line up at U.N. to slam Russia’s moves on Ukraine

(Reuters) – Western nations on Sunday accused Russia of massing tens of thousands of well-equipped troops near the Ukrainian border in preparation for a Crimea-style invasion, while Russia denounced what it said was Ukraine’s Russophobic, anti-Semitic leadership. “Satellite images show that there are between 35,000 and 40,000 Russian troops in the vicinity of the border with Ukraine, equipped with combat aircraft, tanks, artillery and logistical support units,” Ambassador Mark Lyall Grant said. “This is in […] 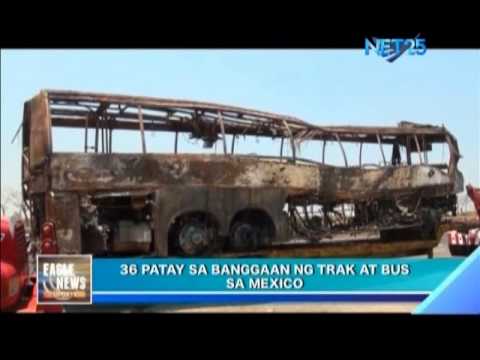 36 dead when a bus collided with a truck in Mexico

Thirty-six died while four were injured when a bus collided with a trailer truck in Veracruz, Mexico. 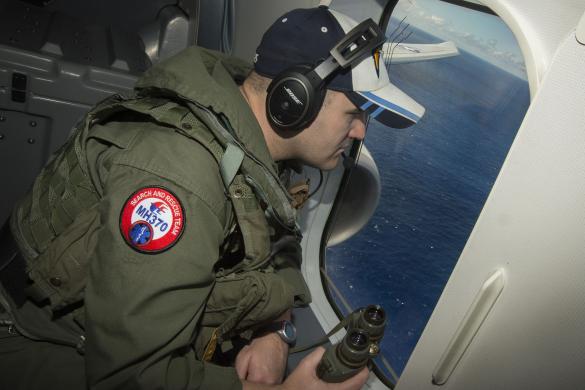 (Reuters) – Australian officials leading the search for a missing Malaysia Airlines plane in the southern Indian Ocean are weighing when to deploy an underwater robot to aid in the hunt, now in its sixth fruitless week. Malaysia Airlines Flight MH370 disappeared soon after taking off on March 8 from Kuala Lumpur bound for Beijing with 227 passengers and 12 crew on board, triggering a multinational search that is now focused on the Indian Ocean. […] 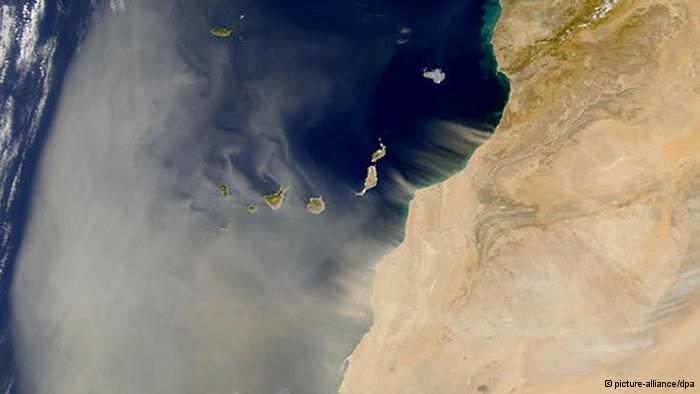 A UN panel believes the world could meet a maximum target for global warming if it significantly cuts annual emissions by 2050. According to a report, however, few nations are doing enough to meet the stated goal. Annual emissions of carbon dioxide and other gases must drop 40-70 percent by 2050 to keep the global temperature rise below the 2-degree Celsius (3.6-degree F), the Intergovernmental Panel on Climate Change (IPCC) announced in a report released […] 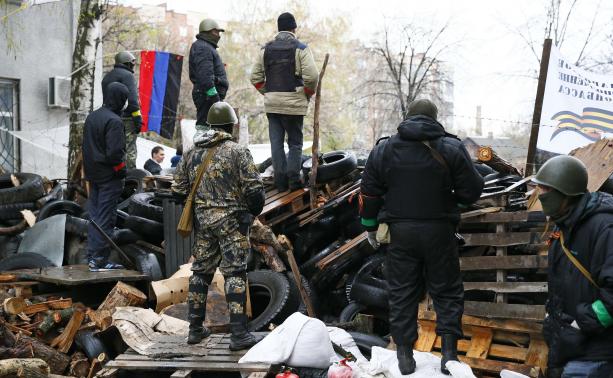 (Reuters) – Ukrainian security forces launched an operation on Sunday to clear pro-Russian separatists from a police headquarters in the eastern city of Slaviansk, with Kiev reporting dead on both sides as it combats what it calls an act of aggression by Moscow. Ukraine faces a rash of rebellions in the east which it says are inspired and directed by the Kremlin. But action to dislodge the armed militants risks tipping the stand-off into a […] 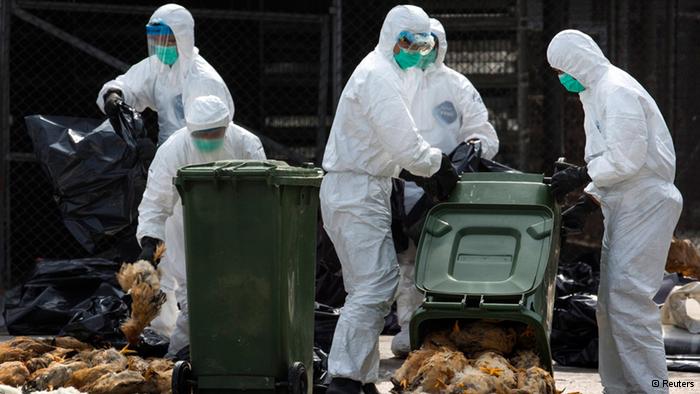 Japan has ordered the killing of more than 100,000 chickens after officials confirmed bird flu infections at a poultry farm in the south. It is the first confirmed outbreak in the country since 2011. DNA tests confirmed the H5 strain of the bird flu virus at a farm in Japan’s southern prefecture of Kumamoto after its owner reported on Saturday more than 1,000 sudden deaths among his poultry, the Agriculture Ministry announced in a statement […]