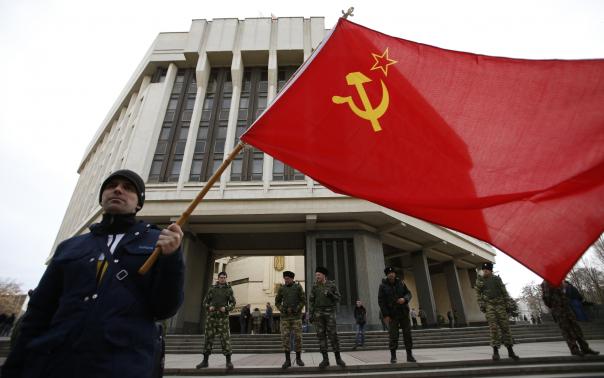 BY ALISSA DE CARBONNEL AND LUKE BAKER (Reuters) – Crimea’s parliament voted to join Russia on Thursday and its Moscow-backed government set a referendum in 10 days’ time in a dramatic escalation of the crisis over the Ukrainian region that drew a sharp riposte from U.S. President Barack Obama. Obama ordered sanctions on those responsible for Moscow’s military intervention in Ukraine, including bans on travel to the United States and freezing of their U.S. assets. He […] 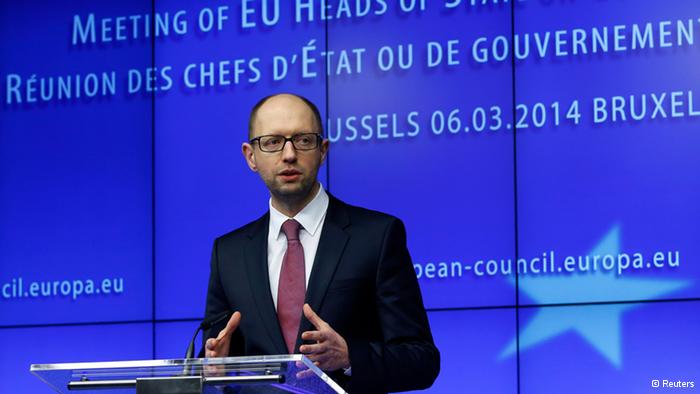 Ukraine’s prime minister, Arseniy Yatsenyuk, has called Crimea’s planned referendum to join the Russia Federation “illegitimate.” The Black Sea peninsula remains an “integral” part of Ukraine, he said.   In a press conference in Brussels on Thursday, Ukrainian premier Yatsenyuk urged Moscow to withdraw its troops to their barracks in Crimea and to end its support for separatism on the peninsula. “We urge the Russian government to pull back its military into barracks, not to […] 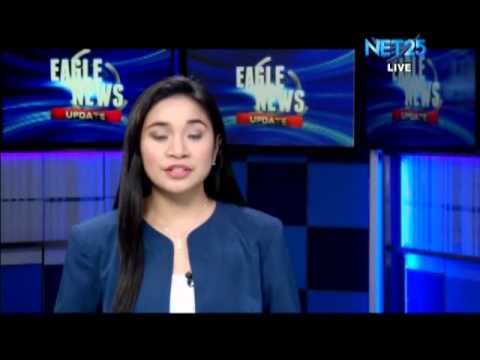 US Presses Iran for Clarification of Nuclear Program

The United States demanded Iran to respond on the allegations that Iran’s nuclear program has a possible military purpose. 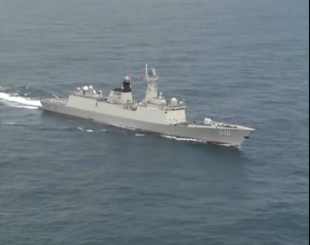 (Reuters) — The special coordinator overseeing the elimination of chemical weapons in Syria said on Wednesday that Syria will accelerate the removal of chemical weapons to meet the overall deadline for the program at the end of June. Sigrid Kaag, head of the Joint Mission of the United Nations (UN) and the Organization for the Prohibition of Chemical Weapons (OPCW) to eliminate Syria’s chemical weapons, made the remarks to journalists at the UN headquarters after she briefed to the Security Council behind closed doors. “There has been an acceleration and […] 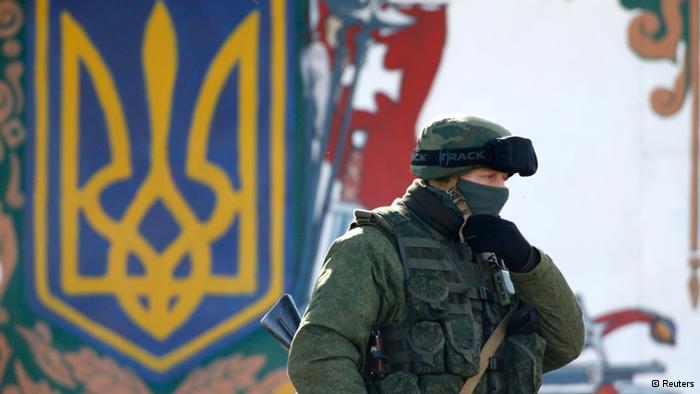 As diplomats met in Paris to lower tensions between Ukraine and Russia, a number of incidents on the ground in Ukraine are fanning the flames. UN chief Ban Ki-moon has called on both sides to “lower their temperature.” While there have been no indications of outright violence, instances of intimidation and unrest have been reported in Crimea on Wednesday. Robert Serry, a special United Nations envoy in the autonomous Ukrainian region on an observer mission, […]

Saudi Arabia, the UAE and Bahrain withdraw ambassadors from Qatar

Saudi Arabia, the United Arab Emirates (UAE) and Bahrain have said they are withdrawing their ambassadors from Qatar over its alleged breach of a regional security deal not to interfere in each other’s internal affairs. The three countries announced the move in a joint statement Wednesday after Qatar failed to implement the security agreement among the Gulf Arab countries. The statement said Gulf Cooperation Council (GCC) members had signed an agreement on November 23 not […]

In a raid on a ship allegedly bound for the Gaza Strip, the Israeli navy has seized rockets it claims to be from Iran. Israel said the weapons were destined for Palestinian militants, adding the evidence was “clear cut.” Israel announced that the raid had taken place early on Wednesday in the Red Sea. The navy intercepted a cargo ship sailing under the flag of Panama and carrying a crew of 17. According to the […] 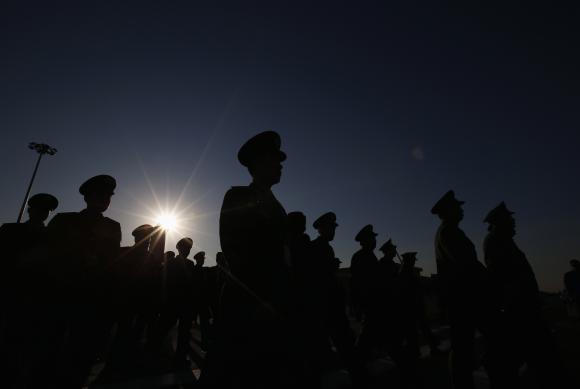 (Reuters) – China announced its biggest rise in military spending in three years on Wednesday, a strong signal from President Xi Jinping that Beijing is not about to back away from its growing assertiveness in Asia, especially in disputed waters. The government said it would increase the defense budget by 12.2 percent this year to 808.23 billion yuan ($131.57 billion), as China seeks to develop more high-tech weapons and to beef up coastal and air […] 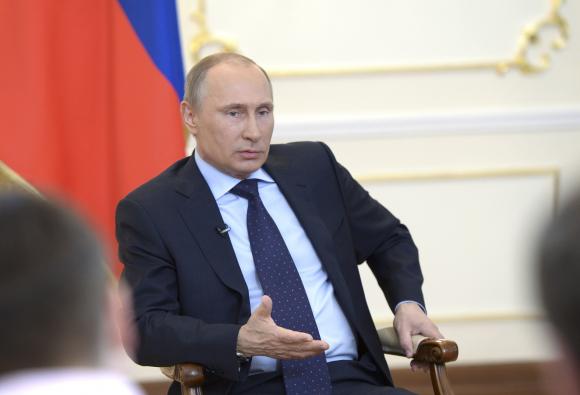 Putin among Nobel Peace nominees but Ukraine might figure too

(Reuters) – Russian President Vladimir Putin has been nominated for the 2014 Nobel Peace Prize – but the conflict in Ukraine is also likely to be on the Nobel committee’s agenda. A record 278 candidates, including 47 organizations, received nominations for the 2014 prize, said the Norwegian Nobel Institute’s director, Geir Lundestad. Committee members who met on Tuesday added their own proposals with a focus on recent turmoil around the globe. “Part of the purpose […] 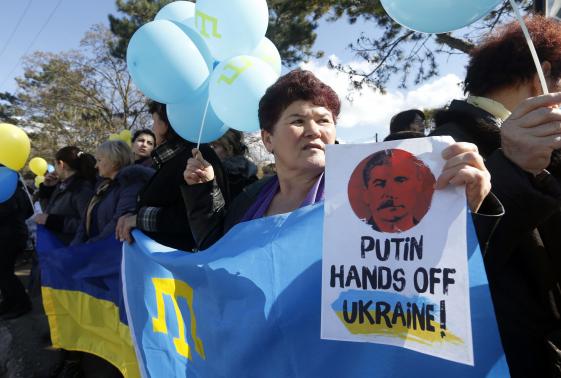 (Reuters) – High-level diplomatic efforts to resolve the crisis in Ukraine made little apparent headway at talks in Paris on Wednesday with Moscow and Washington at odds and Russia’s foreign minister refusing to recognize his Ukrainian counterpart. U.S. Secretary of State John Kerry said discussions would continue in the coming days in an attempt to stabilize the crisis and he expected to meet Russian Foreign Minister Sergei Lavrov again in Rome on Thursday. “Don’t assume […] 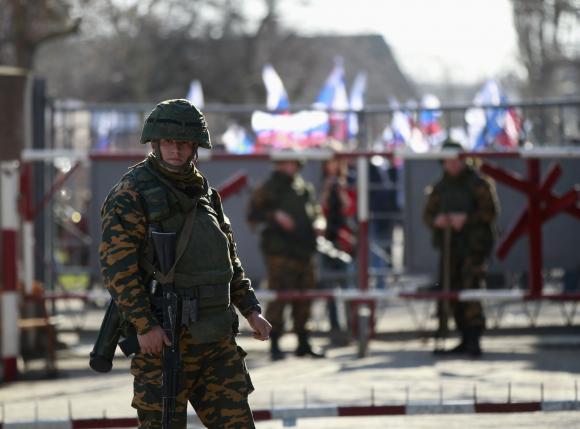 In Ukraine’s Crimea, a tense and surreal standoff

(Reuters) – Holed up on their bases, Ukraine’s besieged servicemen and the Russians surrounding them in Crimea are locked in a standoff that at times is tense and at others surreal. Almost a week after Russian forces began their swift and bloodless takeover of the Ukrainian Black Sea peninsula, there is a standoff as the two sides dig in and play a waiting game. The Russians have swatted down isolated attempts by the Ukrainian forces […] 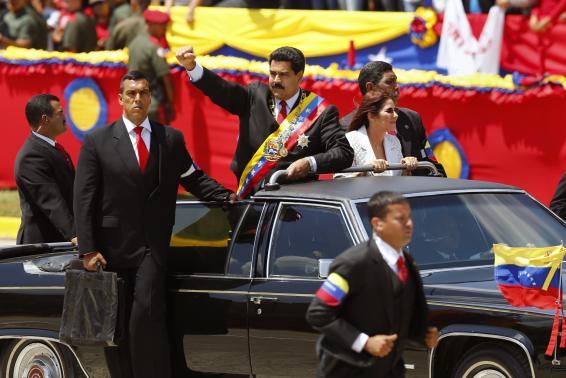 (Reuters) – Followers of late socialist leader Hugo Chavez flooded the streets of Venezuela on Wednesday for the anniversary of his death, an emotional but welcome distraction for his successor from violent protests raging for the last month. A year after Chavez succumbed to cancer, his self-proclaimed “son,” President Nicolas Maduro, faces the biggest challenge to his rule from an explosion of anti-government demonstrations that have led to 18 deaths since February. Though the protests […]