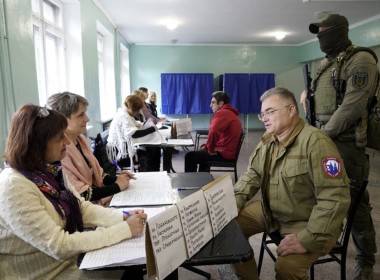 KYIV, Ukraine (AFP) — Kremlin-installed authorities in four Ukrainian regions under Russian control claimed victory Tuesday in annexation votes, drawing global outrage, as Moscow warned it could use nuclear weapons to defend the territories. Ukraine and its allies have denounced the so-called referendums as a sham, saying the West would never recognize the results of the ballots that have dramatically ratcheted up the stakes of Russia’s seven-month invasion. Pro-Russian authorities in Zaporizhzhia said 93.11 percent […] 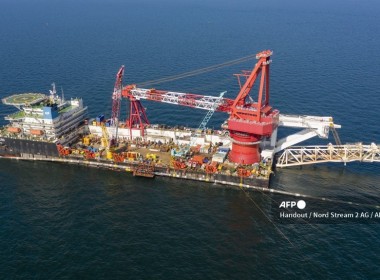 Stockholm, Sweden (AFP) Two underwater blasts were recorded prior to the discovery of three leaks on the Nord Stream pipelines linking Russia and Europe, a Swedish seismological institute said Tuesday as the unexplained leaks raised suspicions of sabotage. The Swedish National Seismic Network recorded two “massive releases of energy” shortly prior to, and near the location of, the gas leaks off the coast of the Danish island of Bornholm, Peter Schmidt, an Uppsala University seismologist, […]

Moscow says will not seek extradition of Russians fleeing draft

Moscow, Russia (AFP) Moscow said Tuesday it will not request the extradition of Russians travelling abroad to avoid being called-up to fight in Ukraine, after thousands of military-aged men crossed into neighbouring countries. “The Russian ministry of defence has not sent any request to the authorities of Kazakhstan, Georgia, or any other country for the alleged forced return to Russian soil of Russian citizens, and it is not planning to do so,” the ministry […]

Copenhagen, Denmark (AFP) by Camille BAS-WOHLERT The two Nord Stream gas pipelines linking Russia and Europe have been hit by unexplained leaks, Scandinavian authorities said Tuesday, raising suspicions of sabotage. The pipelines have been at the centre of geopolitical tensions in recent months as Russia cut gas supplies to Europe in suspected retaliation against Western sanctions following its invasion of Ukraine. While the pipelines, which are operated by a consortium majority-owned by Russian gas […] 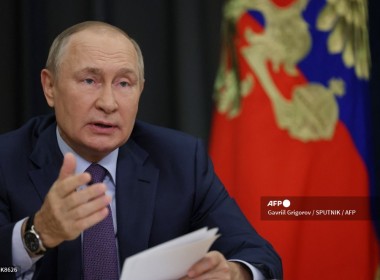 Putin wants to ‘save people’ of Moscow-held Ukrainian territories

Moscow, Russia (AFP) President Vladimir Putin said Tuesday that Russia wanted to “save people” in four Moscow-controlled territories in Ukraine, on the last day of annexation votes denounced as a sham by Western leaders. If the regions vote to join Russia, Moscow will claim sovereignty over about 20 percent of Ukraine, including Crimea, which was annexed in 2014. “Saving people in all the territories where this referendum is taking place… is the focus of the attention […] 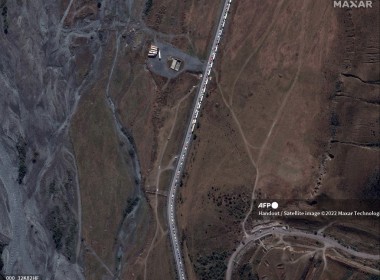 Russians arriving daily in Georgia have doubled since draft: minister

Tbilisi, Georgia (AFP) The number of Russians arriving daily in neighbouring Georgia has nearly doubled since President Vladimir Putin announced a partial mobilisation for the war in Ukraine, officials in Tbilisi said Tuesday. Putin’s announcement has sparked a new wave of exodus to the Caucasus country of Georgia which has been a major destination for Russians fleeing since the war began on February 24. “Four to five days ago 5,000-6,000 (Russians) were arriving in […] 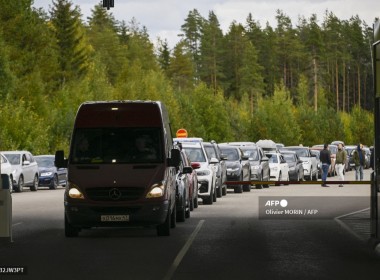 Helsinki, Finland (AFP) Finland said on Monday it had recorded the year’s busiest weekend in terms of Russians entering the country, after Moscow’s military call-up announcement caused a rush for the border. “Last weekend was the busiest weekend of the year for traffic on the eastern border,” Mert Sasioglu of the Finnish border guard told AFP. The border agency said nearly 8,600 Russians entered Finland via the land border on Saturday and nearly 4,200 crossed the […] 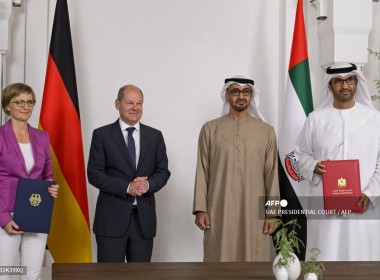 Berlin, Germany | AFP | Monday 9/26/2022 – 12:06 UTC+2 | 94 words German Chancellor Olaf Scholz has tested positive for the coronavirus and is displaying mild symptoms after returning from a tour of the Gulf, his spokesman said Monday. The 64-year-old is isolating in his apartment in the chancellery, and will attend meetings online, spokesman Steffen Hebestreit said. At the weekend, he visited Saudi Arabia, the United Arab Emirates and Qatar on a hunt […] 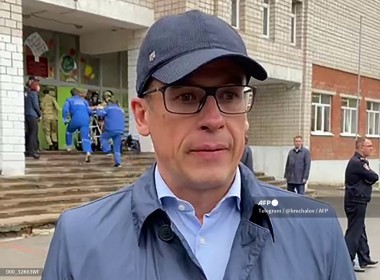 Moscow, Russia (AFP) The death toll has risen to 13 people, including seven children, after a shooting at a school in the city of Izhevsk in central Russia, investigators said Monday. The attack was the latest in a series of school shootings that have shaken Russia in recent years and came with the country on edge over efforts to mobilise tens of thousands of men to fight in Ukraine. “Thirteen people, including six adults […] 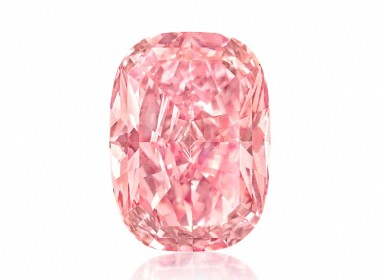 Rare pink diamond to go under hammer in Geneva

GENEVA, Switzerland (AFP) – The Fortune Pink, an exceptionally rare giant gemstone, will be auctioned in Geneva in November when it is expected to go for up to $35 million (36 million euros), auctioneers said Monday. At over 18 carats, the vividly coloured gem is the largest pear-shaped pink diamond of its quality ever to be offered for sale at auction, the Christie’s auction house said. The diamond, which goes under the hammer for the […]

Moscow, Russia (AFP) At least six people were dead and some 20 wounded after a gunman opened fire in a school in the central Russian city of Izhevsk, the interior ministry said Monday. “The body of the man who opened fire has now been found by police. According to reports, he committed suicide. At the moment, there are six dead and around 20 injured by his actions,” the ministry said on Telegram, with the region’s […] 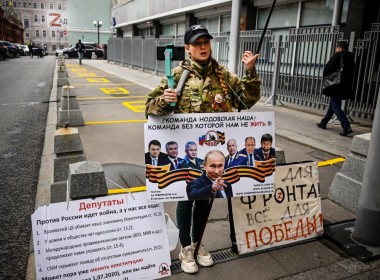 by Dmytro GORSHKOV Agence France-Presse KYIV, Ukraine (AFP) — Moscow began its mandatory troop call-up Thursday to try to bolster a stumbling war effort in Ukraine, with authorities saying thousands had volunteered even as Russian men fled the country to avoid being forced to fight. Amateur footage posted on social media since President Vladimir Putin ordered the mobilization of reservists on Wednesday purported to show hundreds of Russian citizens across the country responding to military […]