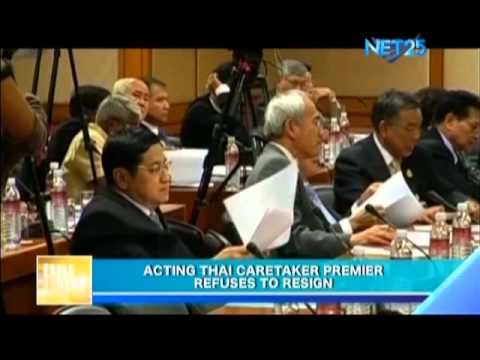 The Thai army declared martial law throughout the country, saying they need to restore order after six months of street demonstrations but denied that they are staging a military coup.

Thai military ordered 10 satellite television channels, including stations run by pro- and anti-government groups, to stop broadcasting to “preserve peace and order” on Tuesday (May 20). Thailand‘s army declared martial law in the early hours of Tuesday to restore order after six months of street protests that have left the country without a proper functioning government, but denied that it was staging a military coup. “In order to broadcast correct information, without any distortion […] 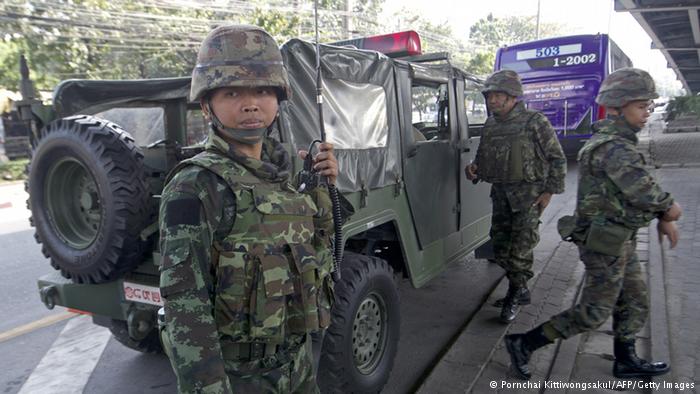 Thai army stops both pro- and anti-government protesters from marching

Thailand‘s army announced on Tuesday (May 20) that both pro- and anti-government protesters were to remain where they are and not march anywhere, in order to prevent clashes. “All political groups must stop moving from place to place, ” said a statement being read on Thai televisions. The army declared martial law nationwide on Tuesday to restore order after six months of street protests that have left the country without a proper functioning government, but […] 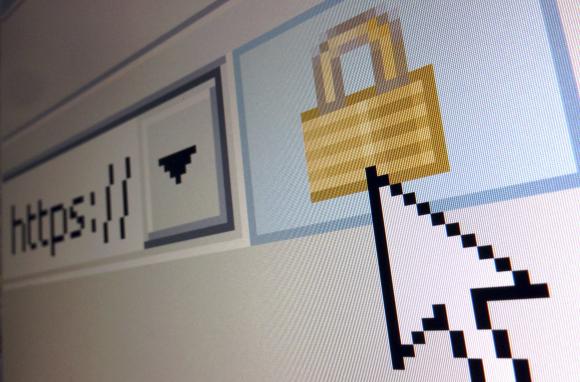 (Reuters) – China’s Foreign Ministry summoned the U.S. ambassador to China on Tuesday and urged him to cancel charges against five Chinese military officers accused of hacking into American companies to steal trade secrets, state news agency Xinhua said. In a separate statement, China’s defense ministry said the government and the military have never engaged in cyberspying on businesses. It called on the United States to immediately stop spying on China, saying that the charges […] 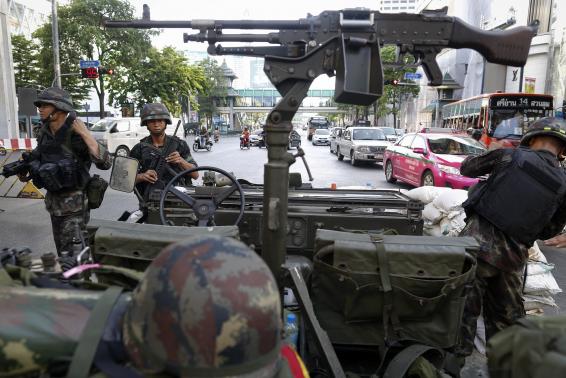 ‘This is not a coup’ says Thai army, as martial law declared

(Reuters) – Thailand’s army declared martial law nationwide on Tuesday to restore order after six months of street protests that have left the country without a proper functioning government, but denied that it was staging a military coup. While troops patrolled the streets of Bangkok, the caretaker government led by supporters of self-exiled former premier Thaksin Shinawatra was still in office, military and government officials said. Ministers were not informed of the army’s plans before […] 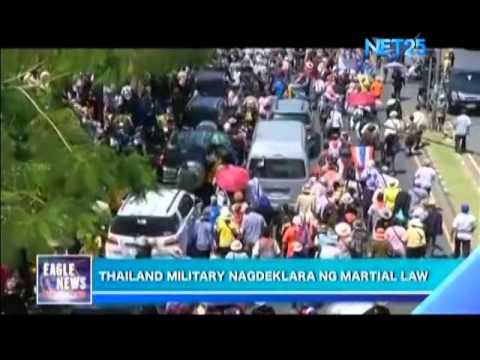 The Thai military declares martial law as violent protests continue to plunge the country in a political crisis despite the court’s dismissal of the Thai prime minister. 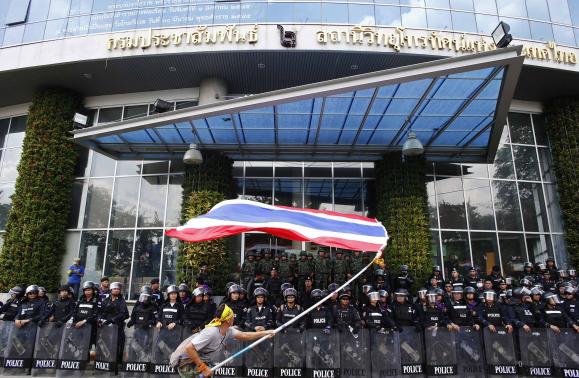 Thai PM rules out resigning as protesters move to oust him

(Reuters) – Thailand’s acting prime minister on Monday ruled out resigning as a way out of a protracted political crisis that is stunting economic growth, as anti-government protesters stepped up pressure to remove him and install a new administration. Thailand is stuck in political limbo following the dismissal of Prime Minister Yingluck Shinawatra and nine of her ministers on May 7 after a court found them guilty of abuse of power. Six months of turmoil that […] 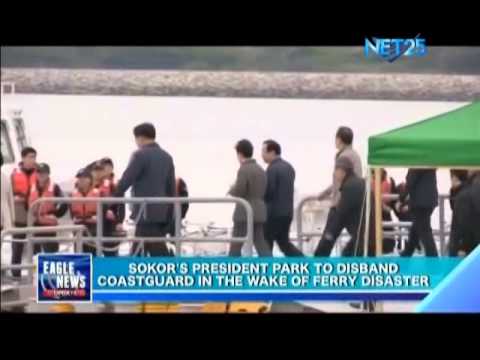 The South Korean president apologizes for the MV Sewol incident and has vowed to disband the country’s Coast Guard. China evacuated thousands of its nationals in Vietnam after violent protests last Friday resulted in the death of two Chinese nationals and hundreds injured. 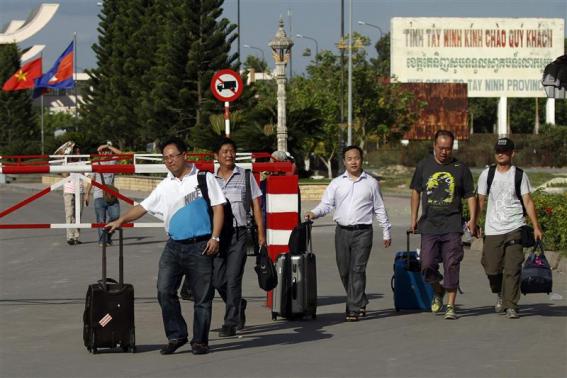 Violence abates in Vietnam as U.S. warns China for ‘provocation’

(Reuters) – Anti-China violence subsided in Vietnam on Friday after the prime minister called for calm, but the United States said China’s “provocative” actions in maritime disputes were dangerous and had to stop. Thousands of people attacked businesses and factories in Vietnam’s industrial parks earlier in the week, targeting Chinese workers and Chinese-owned businesses after Beijing parked an oil rig in a part of the South China Sea claimed by Hanoi. Many Taiwanese-owned firms bore the brunt […] China asks US to be objective about Asia tensions

China’s top military leaders issued an statement saying that the United States should be objective regarding the tensions in South China Sea. The Department of Defense is convinced that China is building a military base in the Mabini reef based on the photos of their reclamation activities in the said area, which was taken last February.