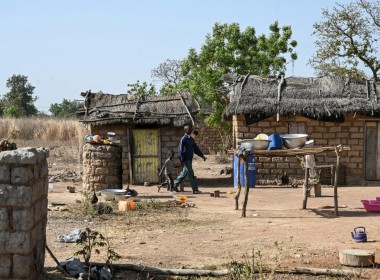 by Pierre DONADIEU Agence France-Presse KAFOLO, Ivory Coast (AFP) – Jihadist attacks in northern Ivory Coast have ramped up hostility towards the Fulani, a mainly Muslim ethnic group that some accuse of providing the bulk of the raiders. Friction and suspicion are almost palpable in Kafolo, a small town near the border with Burkina Faso where jihadists have struck twice in less than 18 months, killing 16 soldiers. The army has established a large camp […] 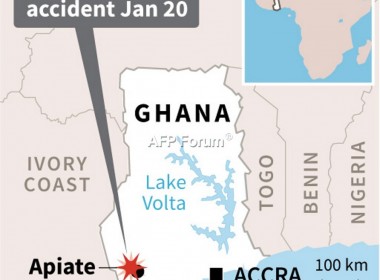 ACCRA, Ghana (AFP) — At least 17 people were killed and 59 injured Thursday in a devastating explosion in a western Ghana town after a truck carrying explosives intended for a mine collided with a motorcycle, the government said. The blast left a huge crater and reduced dozens of buildings to dust-covered piles of wood and metal in Apiate, near the city of Bogoso some 300 kilometers (180 miles) west of the mineral-rich West African […] 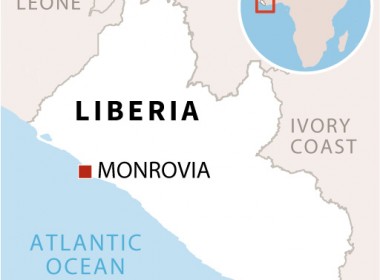 MONROVIA, Libera (AFP) — A stampede killed at least 29 people at a religious event in the suburbs of the Liberian capital Monrovia, police said on Thursday. The disaster occurred overnight, either late Wednesday or in the early hours of Thursday, local media reported. Police spokesman Moses Carter said the death toll was provisional and “may increase”. Details about the event remain unclear. Local media said it was a Christian prayer gathering — known […] 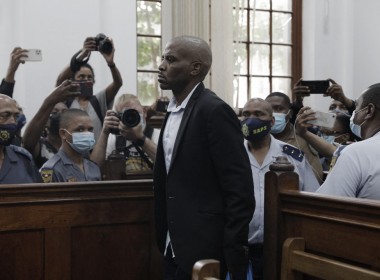 by Gersende RAMBOURG CAPE TOWN, South Africa (AFP) — A South African court charged a man suspected of starting a devastating fire that gutted South Africa’s parliament with terrorism, adding to robbery and arson accusations, as he made his second appearance in court on Tuesday. Zandile Christmas Mafe, 49, was arrested around the parliament complex after the fire broke out on January 2 and appeared in court three days later. He was initially charged with […] 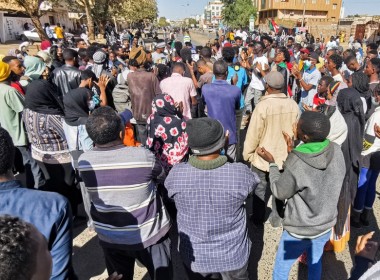 KHARTOUM, Sudan (AFP) — Sudanese security forces fired tear gas Tuesday at anti-coup protesters in Khartoum chanting slogans against the military days after the resignation of the country’s civilian premier, witnesses said. Protesters shouted “No, no to military rule” and called for the disbandment of Sudan’s ruling council headed by General Abdel Fattah al-Burhan, who led an October 25 coup that derailed a transition to civilian rule. Thousands of protesters gathered across Sudan, including in […] 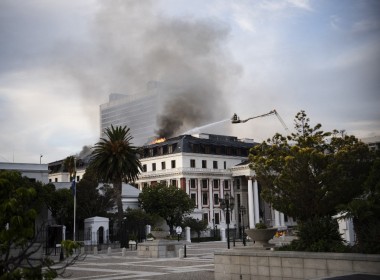 JOHANNESBURG, South Africa (AFP) – A fire that ravaged South Africa’s parliament has been contained after strong winds had reignited the blaze, firefighters said on Tuesday. The fire began in the early hours on Sunday and devastated much of the parliament complex before it was declared under control on Monday morning. But strong winds reignited the blaze late in the afternoon. “Firefighters managed to extinguish the blaze that erupted late yesterday afternoon just before five,” […] 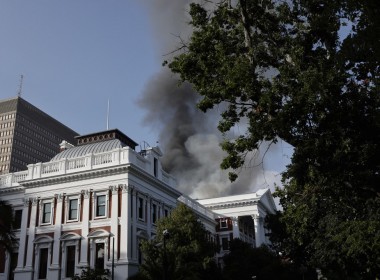 CAPE TOWN, South Africa (AFP) – A huge fire destroyed a large part of South Africa’s parliament on Sunday, as police said a suspect will appear in court in the week and firefighters struggled to bring the blaze completely under control. Dozens of crews battled throughout the day to extinguish the fire which broke out at about 0300 GMT in the parliament complex’s oldest wing, which was completed in 1884 and has wood-panelled rooms. As […] 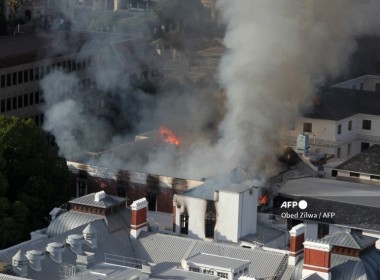 Fire breaks out at South African parliament in Cape Town

A major fire broke out at South Africa’s seat of parliament in Cape Town early Sunday, sending a thick column of smoke into the sky and threatening the National Assembly building. The fire was believed to have started in one of the older buildings in the parliament precinct, leading to a security cordon nearby the cathedral where anti-apartheid icon Archbishop Desmond Tutu was buried just hours before. “The roof has caught fire and the National […] 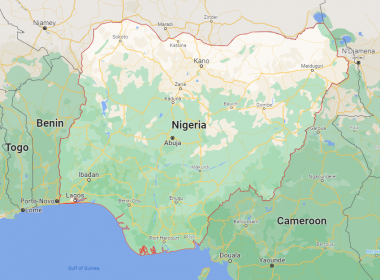 KANO, Nigeria (AFP) — More than 100 jihadist fighters were killed in air strikes by the Nigerian military last week, security sources and residents told AFP on Tuesday. Fighter jets bombarded three Islamic State West Africa Province (ISWAP) camps in Nigeria’s northeast on Monday last week, killing more than 100 fighters including several senior commanders, the sources said. ISWAP has been consolidating its power in the Lake Chad region since the death in May of […] 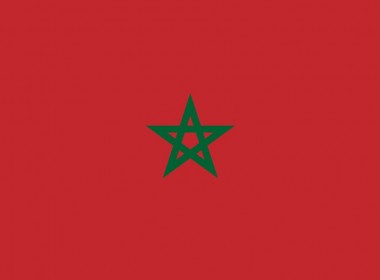 RABAT, Morocco (AFP) — Morocco on Monday announced a ban on New Year’s Eve celebrations as part of stepped-up measures against rising coronavirus cases. The government ordered a ban on all forms of celebration on the evening of New Year’s eve, including parties in hotels and tourist sites. It ordered restaurants and cafes to close at 11.30 pm and said a curfew would be in place from midnight until 6:00 AM on January 1. Morocco […] 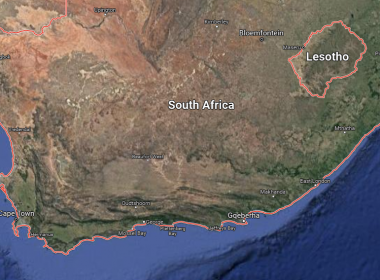 JOHANNESBURG, South Africa (AFP) — South Africa Wednesday reported its highest daily tally of new coronavirus cases since the start of the pandemic, just weeks after announcing the discovery of the Omicron strain. The tally of 26,976 Covid infections topped the previous record of 26,485 on July 3, at the height of the country’s third wave caused by the Delta variant. The highly mutated Omicron strain was first detected in South Africa last month […] 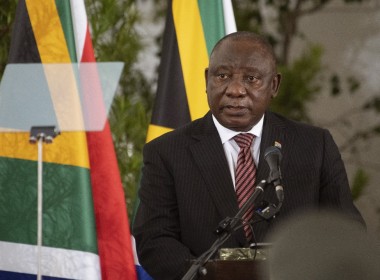 JOHANNESBURG, South Africa (AFP) — South African President Cyril Ramaphosa tested positive for Covid-19 on Sunday and is receiving treatment for mild symptoms, the presidency said in a statement. Ramaphosa, who is fully vaccinated, began feeling unwell after leaving a state memorial service for former deputy president F W de Klerk in Cape Town earlier in the day but was in good spirits and being monitored by doctors, it said. He would remain in self-isolation […]