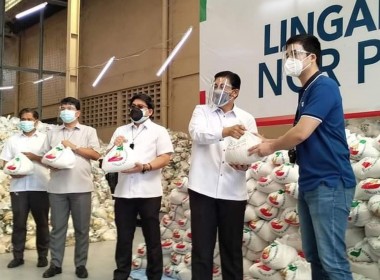 MANILA, Philippines – The Iglesia Ni Cristo (INC) or Church Of Christ conducted a series of Lingap sa Mamamayan or “Aid to Humanity” events distributing food packs to various cities in Metro Manila and surrounding areas affected by COVID-19 community quarantine protocols. For the last two weeks of April, the INC distributed relief packs in Metro Manila, Bulacan, Cavite, Laguna and Rizal which were all under Modified Enhanced Community Quarantine (MECQ) to help residents […] 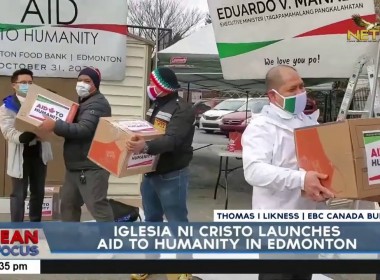 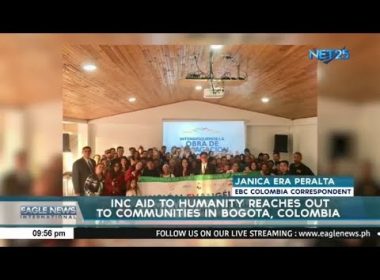 INC Aid to Humanity reaches out to communities in Bogota, Colombia 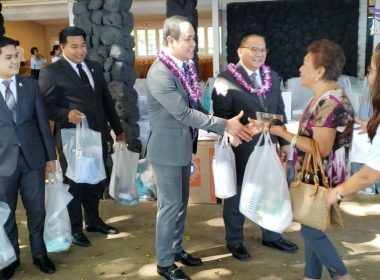 Aid to Humanity in Hawaii reaches out to Molokai Island

By Alfred Acenas EBC Hawaii Bureau HONOLULU, HI (Eagle News) – The Hawaiian Island of Molokai, located between Oahu to the west and Maui to the east, is sometimes described as the most Hawaiian of all islands because of its predominantly agricultural and natural landscapes. Also known as the “Friendly Isle,” it has a population of just over 7,000. Rosemarie Ewing, a Molokai resident since 2006, indicated that people on the island do live up […] 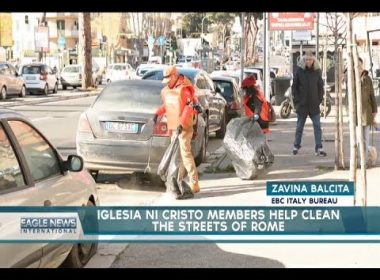 By Zavina Balcita Eagle News Service (Eagle News) — Religious organization Iglesia Ni Cristo, in celebration of their congregation’s 25th anniversary in Rome, offers their help to the community by doing their part to keep the streets clean. INC members brought their own cleaning gear from home such as brooms, trash bags and gloves. They are currently focused on the streets in Cornelia and Aurelia area. The members have also been divided in 5 groups […] 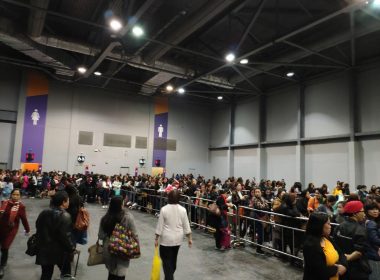 By Caesar Vallejos Eagle News Service The Philippine Consulate General in Hong Kong lauded the ‘AID for OFW’, a socio-civic project for Overseas Filipino Workers (OFWs) conducted by the Iglesia Ni Cristo (Church of Christ) held at the Asiaworld Expo last January 27, 2019. A total of 6,392 attendees gathered at the Asiaworld Expo for the ‘AID for OFW.’  Almost 3,500 bags containing assorted food and personal care products were distributed to OFWs who attended […] 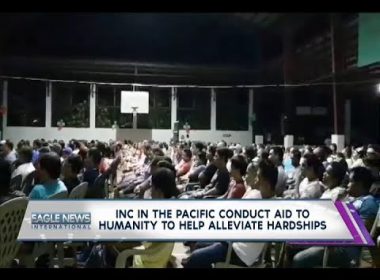 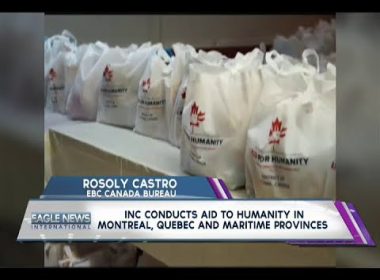 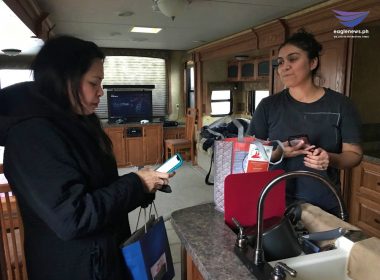 By Chay Masagca EBC Washington DC Bureau WALDORF, Maryland (Eagle News) — Bundled up against the winter breeze, members of the Iglesia Ni Cristo (Church of Christ) walked through the Gillespies Mobile Court community, gently knocked on each door and handed out bags filled with toiletries and canned goods to the residents of this small Maryland neighborhood.   Lydia Vital, a 76 year-old  member the church, was among the volunteers who undermined the freezing cold to […] 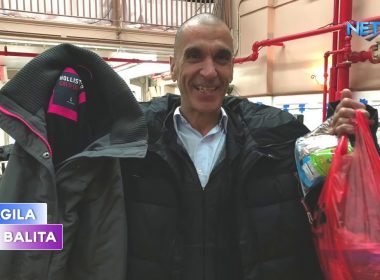 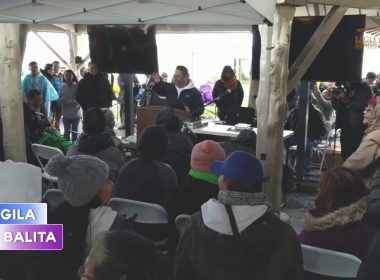 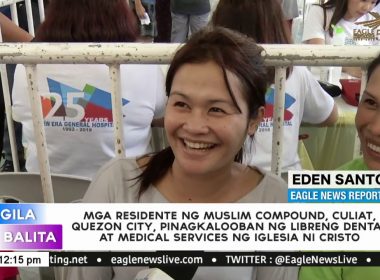