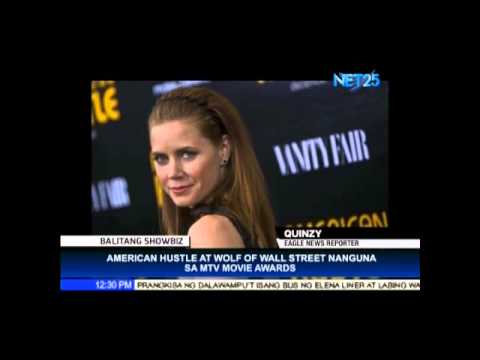 With 8 nominations between them, American Hustle and Wolf of Wall Street lead in the MTV Movie Awards 2014. 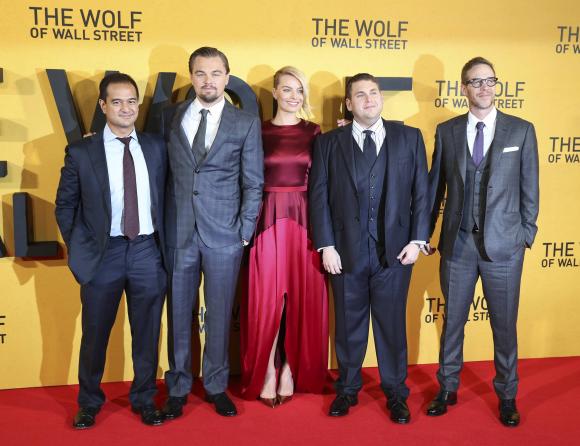 (Reuters) – Crime caper “American Hustle” and financial greed tale “The Wolf of Wall Street” each landed eight nominations for the MTV Movie Awards on Thursday, edging out dystopian saga “The Hunger Games: Catching Fire” and comedy “We’re the Millers.” “Hustle” and “Wolf,” which each went home from Sunday’s Oscars empty handed, will have a shot at redemption at the unbuttoned MTV event that hands out golden, popcorn-shaped trophies in categories like best kiss and […] 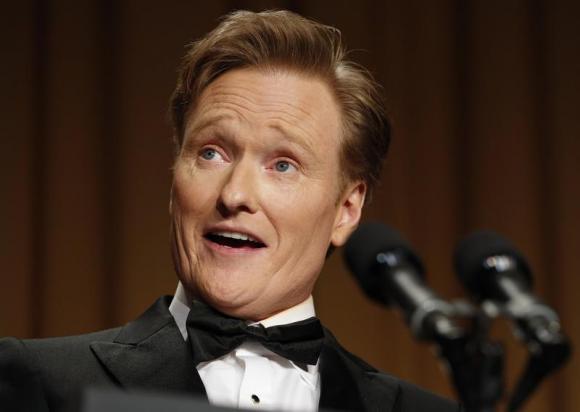 LOS ANGELES Wed Mar 5, 2014 2:08pm EST (Reuters) – Comedian and late-night talk-show host Conan O’Brien will host this year’s MTV Movie Awards, the unbuttoned show that irreverently honors Hollywood’s best kisses and best fight scenes, the MTV network said on Wednesday. It will be the first time that O’Brien, 50, has hosted the annual show, which will take place on April 13 at the Nokia Theatre in downtown Los Angeles and which serves […]

(Reuters) — Disney’s “Frozen” is having a great week. First the film snagged two Oscars on Sunday (March 02) – one for best original song “Let It Go,” and the other for best animated feature. But now the film has made headlines again: it has officially earned more than 1 billion dollars worldwide. And that number is set to increase, as the movie is still in theaters, will open in Japan later this month, and will […] 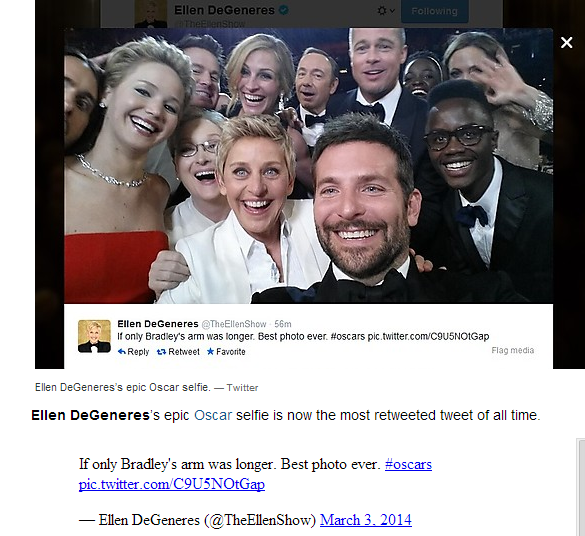 (Reuters) — Comedienne and talk show star Ellen DeGeneres returned as Oscar host on Sunday (March 2), bringing her deadpan affability, and free pizza, to the 86th Academy Awards show while still poking fun at Hollywood royalty. In a back-to-basics approach to a live, 3 1/2-hour telecast that largely eschewed sophisticated clip montages and lavish song-and-dance productions, DeGeneres displayed her flair for playing informality for laughs. Shrugging off complaints from some critics that the breezy levity of […] 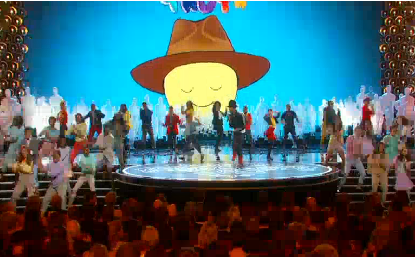 (Reuters) — A number of soaring musical performances lit up the stage at the 86th annual Academy Awards, including performances by U2, Pharrell Williams and Bette Midler. A number of the songs were nominated for best original song, including U2’s “Ordinary Love,”Pharrell Williams’ “Happy,” Idina Menzel’s “Let it Go,” and Karen O’s “The Moon Song.” The winner of best original song was “Let it Go,” from the animated film, “Frozen.” Singer Idina Menzel delivered a powerful performance of it, prompting a standing ovation from the audience. U2 also brightened […] 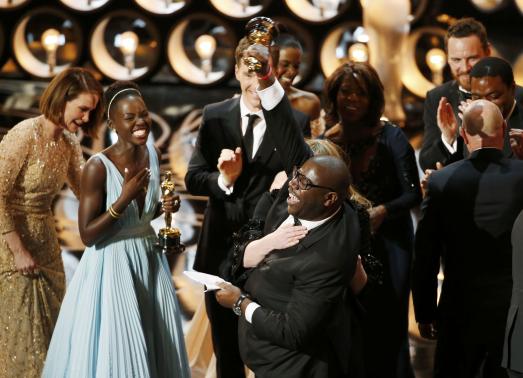 (Reuters) – The slavery drama “12 Years a Slave” won the Academy Award for best picture on Sunday, making history as the first movie from a black director to win the film industry’s highest honor in 86 years of the Oscars. British director Steve McQueen’s unflinching portrayal of pre-Civil War American slavery won two other Oscars, including best supporting actress for newcomer Lupita Nyong’o and best adapted screenplay based on the memoir of Solomon Northup, […] 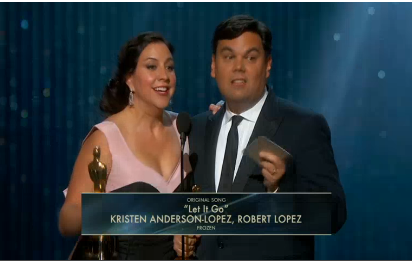 “Let It Go,” from the animated film “Frozen” won the Oscar for best original song on Sunday (March 2) at the 86th annual Academy Awards. The award was accepted by the writers of the song, Filipino-American Robert Lopez and his wife Kristen Anderson-Lopez. The husband and wife duo dedicated their victory to their children, saying they were the inspiration behind the song. “Our girls, Katie and Annie, our song is inspired by our love for you in the […] 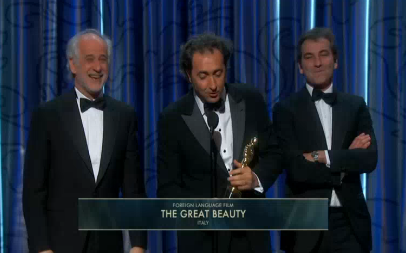 (Reuters) — Italian drama “The Great Beauty” won the Oscar for best foreign language film at the 86th annual Academy Awards on Sunday (March 2), capping its successful awards season run in the United States and Europe. The film, directed by Paolo Sorrentino and considered the favorite to win the Academy Award, follows an aging writer’s reflections on life and his search for meaning among Rome’s idle high society. Sorrentino accepted the award alongside the producer of the film, Nicola Giuliano. It […] 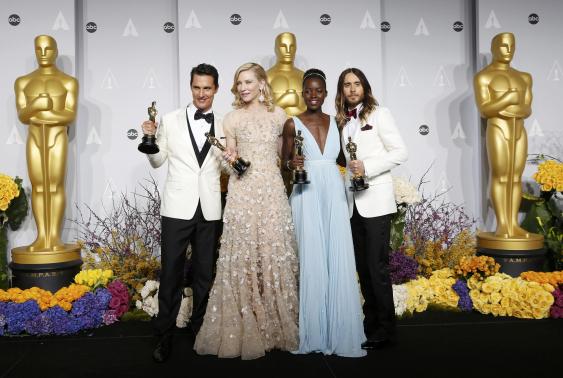 As the 86th Academy Awards opened on Sunday (Monday: Philippines, Manila) we were welcomed by the hilarious comedian Ellen DeGeneres relaxed in her white tuxedo and bog floppy necktie. Highlight of the awards show was the epic group selfie which was shared by Ellen on her Twitter account.  The tweet, which the Oscar host sent out during the broadcast with the help of stars like Meryl Streep, Bradley Cooper, Jennifer Lawrence, Lupita Nyong’o and Brad Pitt, received 921,000 retweets in […] 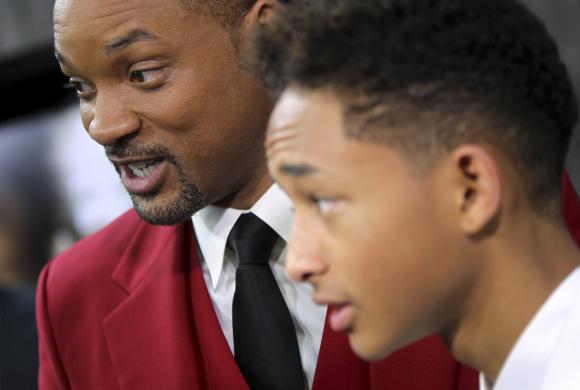 (Reuters) – Big budget sci-fi flop “After Earth” and ensemble comedy “Movie 43” led the Razzie Awards on Saturday while annual favorite Adam Sandler went home empty-handed at the ceremony that mauled Hollywood’s worst films and performances of the year. “After Earth,” starring Will Smith and his teenage son Jaden, picked up three gold spray-painted raspberry accolades: Jaden Smith for worst actor, Will Smith for worst supporting actor and worst screen combo for the father-son […] 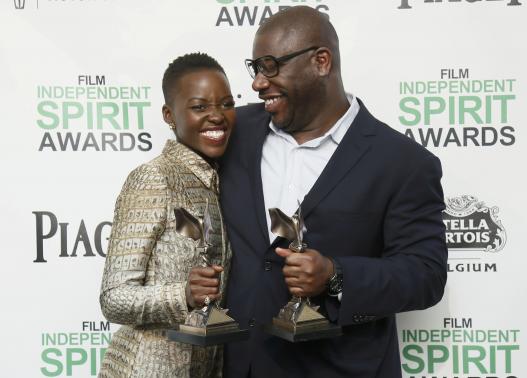